Return form will be sent to your email Id:
Want this item in next 24 hours?
Get an instant SMS with a link to download the Snapdeal App
+91
Please Enter a Valid 10 Digit Number.
Yes, Send Me A Link To The App
GET SMS
SDL482950651
{"SDL482950651":null}
Home
364, 386, 4532, ,
/
Books
/
Religion & Spirituality Books
/
Religious Studies Books
/
Ram-Scion of Ikshvaku & Raavan- Enemy of Aryavarta ( Ram Chandra Series 1&3 Book) By Amish Tripathi (English, Paperback)
Compare Products
Clear All
Let's Compare!
Selection Error!
You have reached the maximum number of selection. You can select only upto 4 items to compare.
You have already selected this product.
OK
View Order 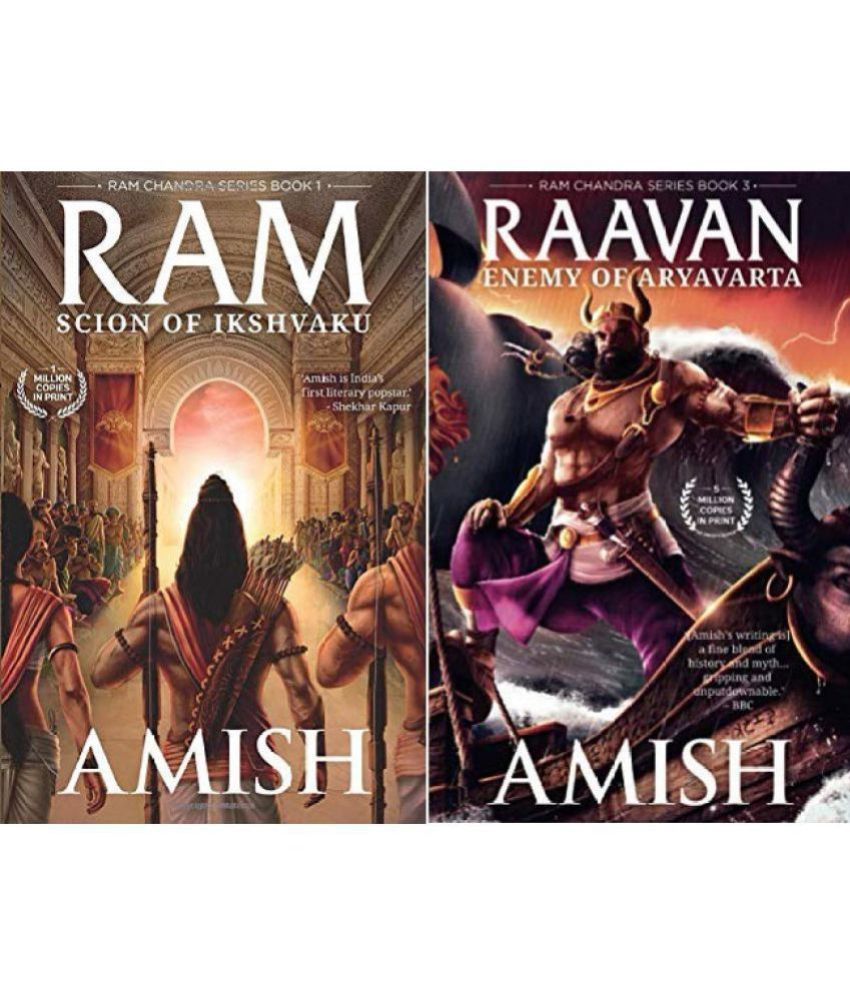 Ram-Scion of Ikshvaku
Ayodhya is weakened by divisions. A terrible war has taken its toll. The damage runs deep. The demon King of Lanka, Raavan, does not impose his rule on the defeated. He, instead, imposes his trade. Money is sucked out of the empire. The Sapt Sindhu people descend into poverty, despondency and corruptionA prince called Ram. He loves his country, even when his countrymen torment him. He stands alone for the law. His band of brothers, his Sita, and he, against the darkness of chaos.

Raavan- Enemy of Aryavarta
This exhilarating third book of the Ram Chandra series sheds light on Raavan, the king of Lanka. And the light shines on darkness of the darkest kind. Is he the greatest villain in history or just a man in a dark place, all the time?

About the author (2019)
Mumbai-born Amish Tripathi gave up a highly successful career as a banker following the enormous success in India of his first book, The Immortals of Meluha. Amish is passionate about history, mythology and philosophy, as well as world cultures and religions. He lives in Mumbai.