Return form will be sent to your email Id:
Want this item in next 24 hours?
Get an instant SMS with a link to download the Snapdeal App
+91
Please Enter a Valid 10 Digit Number.
Yes, Send Me A Link To The App
GET SMS
SDL735391337
{"SDL735391337":null}
Home
364, 365, 4494, ,
/
Books
/
Fiction Books
/
Literature & Fiction Books
/
Revolution 2020 Paperback (Hindi) 2013
Compare Products
Clear All
Let's Compare!
Selection Error!
You have reached the maximum number of selection. You can select only upto 4 items to compare.
You have already selected this product.
OK
View Order 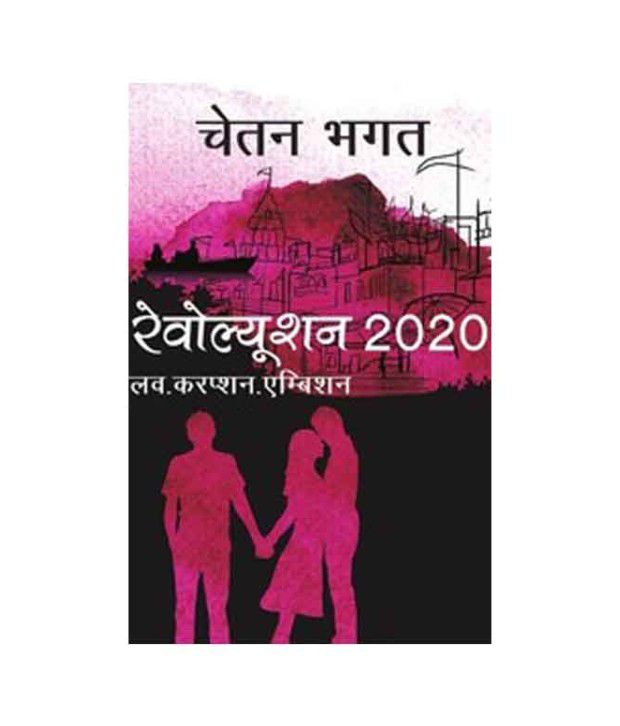 A fictional tale of three friends from different social strata who struggle to achieve their personal dreams is told in Revolution 2020 (Hindi), available on Snapdeal. It presents a satire on the Indian education system through the tale of Gopal Raghav and Aarti. Coming from different financial backgrounds, the friends are trapped in a love triangle, with both boys vying for the love of the same girl. It traces the journey of Gopal, the poor boy who has trouble getting admission to a college, and resents his friend, but ends up helping him and giving up the love of his life for him. Aarti and Raghav go on to build a life together, with Raghav slowly, but steadily building his career as a writer and a politician.

Revolution 2020 (Hindi) speaks of challenges the youth of the country faces, and the love and hope that keeps us going in a world which is constantly in flux

Chetan Bhagat is a famous Indian novelist and author who has written several books including Five Point Someone, his debut novel, and a non-fiction work called What Young India Wants. Other books by him include 2 States, The 3 Mistakes Of My Life, and One Night @ The Call Centre. Several of his book has been adapted for the silver screen too!

Chetan Bhagat was born and brought up in New Delhi in a middle class family. He went to Army Public School and later went on to do Mechanical Engineering at IIT Delhi. He worked as an investment banker for quite a few years in Hong Kong and later returned to India to pursue writing. Three of his books Five Point Someone, One Night @ The Call Centre and The 3 Mistakes Of My Life have been adapted to movies. He was presented with the Society Young Achievers Award, and was listed on Time Magazines 100 Most Influential People of 2010. He writes columns for Dainik Bhaskar and The Times Of India. He currently lives in Mumbai with his wife and children.