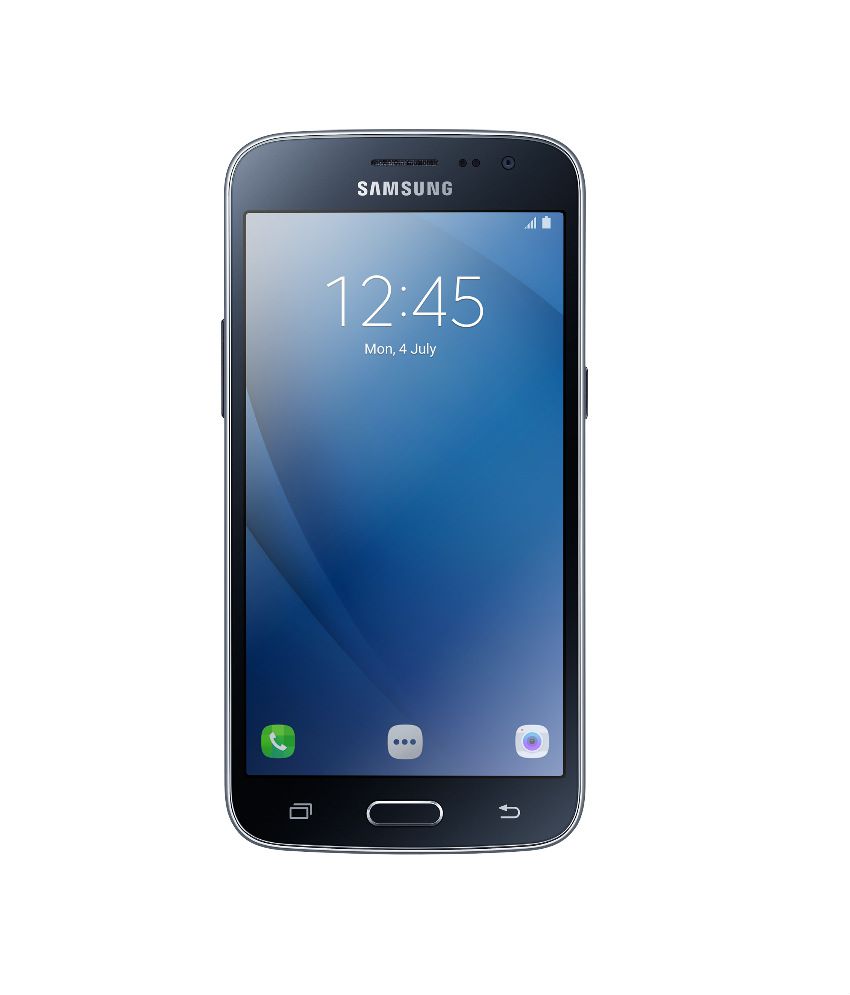 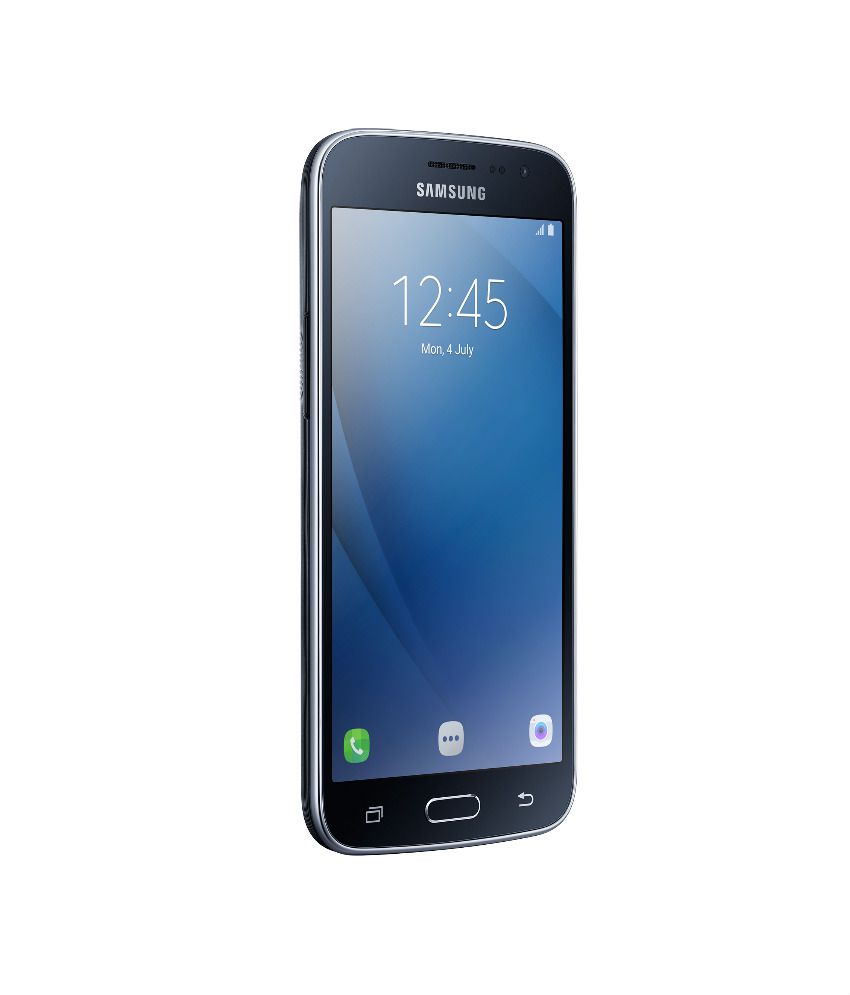 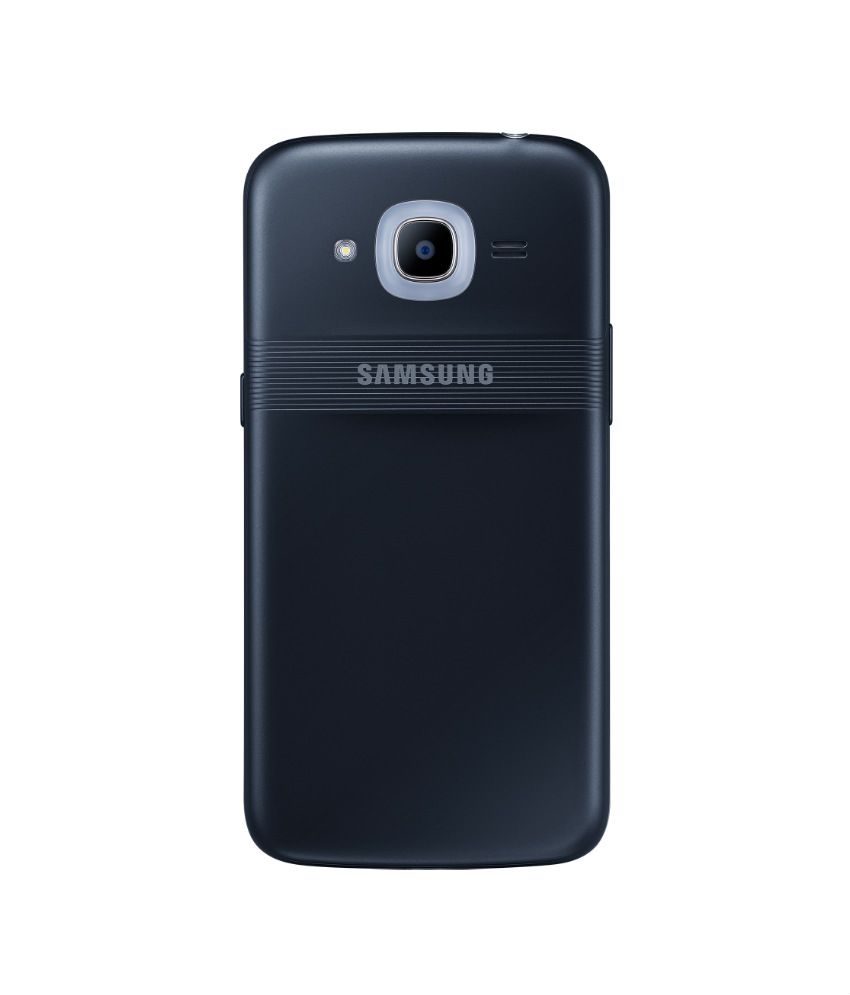 Featuring the Next Generation LED Notification System called Smart Glow, the new and enhanced Samsung Galaxy J2 8GB is a 4G enabled smartphone. Supporting Dual SIM, this phone comes with loads of innovating and advanced features that bring the world of infotainment at your fingertips.

With its matte finish, chrome bezel and patterned back, this smartphone by Samsung is certainly going to impress you with its beautiful look and elegant style. This Samsung 2016 Edition J2 offers New User Interface (UI), which is highly user friendly. It also consists of the Ultra Data Saving Mode and the OTG Support. Moreover, with the advanced S-Bike Mode, this smartphone ensures that you do not miss any of your important calls even while you are riding your bike.

Besides the powerful Processor and efficient RAM, the Samsung J2 features the Turbo Speed Technology (TST) that adds to its superfast performance. The 12.7 cm (5) offers an amazing moving watching and gaming experience – and the 2600 mAh battery adds to the non-stop fun over your smartphone. This smartphone by Samsung comes along with 1 year Samsung India warranty.

Samsung Galaxy J2 8GB has been designed to give the users a splendid movie watching and gaming experience. It consists of a 12.7 cm (5) sAMOLED display that produces clear picture with sharp detail and perfect colour-tone. It is an HD display with 720 x 1280 pixels and 294 ppi. With this large screen, you can have a lot of fun over your smartphone.

Consisting of the latest Android 6.0 Marshmallow Operating System, the Samsung Galaxy J2 8GB offers advanced features that are worth exploring. The new Android Marshmallow offers some smart shortcut keys. It offers extended battery support and also the enhanced Tap options that help you in finding instant answers for all your queries. Helping in achieving the optimum productivity, the Android Marshmallow offers better privacy and security.

The processor in a smartphone defines its multitasking efficiency and the RAM defines the processing speed of the phone. Samsung Galaxy J2 8GB consists incorporates 1.5 GB RAM that significantly boosts its processing speed. You can have quick access to all your files stored in the phone without witnessing any time-lag. On the other hand, the 1.5 GHz Quad-Core processor ensures that you are able to perform multiple tasks on your phone without any hassles. The powerful Quad-Core process of this smartphone by Samsung allows you to open multiple Apps and Software at the same time.

Apart from the powerful processor, the new Samsung Galaxy J2 8GB has been incorporated with advanced Turbo Speed Technology (TST). It further helps the smartphone in giving optimum performance. It uses the least amount resources and streamlines all the processes in the background, so that any new task is performed with a superfast speed.

It also helps the smartphone in freeing the RAM, as the in-built Apps in the phone have been re-engineered to use a lower memory footprint. Above all, the Turbo Speed Technology (TST) is all about cleaner, faster and seamless smartphone performance. When compared to the other phone having double the RAM in Samsung J2 2016 Edition, the TST in it helps in 40 percent faster loading of the Apps.

The Samsung Galaxy J2 8GB consists of the dual camera. The 5 Megapixel front camera helps you in taking beautiful selfies and also helps in making video calls to your friends and family. On the other hand, it consists of an 8 Megapixel rear camera. It supports auto-focusing and also consists of an LED Flash. It means that you can now click sharp, focused and clear pictures even in low light conditions.

With the new Samsung Galaxy J2 8GB, now you don’t have to bother about storing your data. This Smartphone by Samsung offers 8 GB internal memory. However, using the microSD card slot, you can expand your phone’s memory by up to 128 GB. This means enough space. You can easily store your movies, music, documents, software, apps etc. all at one place. This helps in easy and quick access to all your files anytime and anywhere.

Offering you superfast 4G experience, the advanced Samsung Galaxy J2 8GB offers 3G connectivity as well. It offers OTG support and also consists of an FM Radio. This Samsung Mobile supports the wireless standard Wi-Fi 802.11 b/g/n. Furthermore, you can also connect your smartphone through the Bluetooth 4.0 and USB 2.0. The multiple connectivity options of the 2016 Edition Samsung J2 mobile phone make it highly user-friendly.

The new Samsung Galaxy J2 8GB incorporates a powerful and efficient 2600 mAh Li-ion battery. It is a rechargeable and a removable battery that offers extended standby time and talk time respectively. Be it playing games, playing movies or watching your favourite movies over the mobile phone, the 2600 mAh Li-ion battery in Samsung J2 helps it in offering non-stop fun.