Return form will be sent to your email Id:
Want this item in next 24 hours?
Get an instant SMS with a link to download the Snapdeal App
+91
Please Enter a Valid 10 Digit Number.
Yes, Send Me A Link To The App
GET SMS
SDL183953165
{"SDL183953165":null}
Home
217, 129, 3467, ,
/
Home Decoratives
/
Religion & Spirituality
/
Pooja Accessories
/
Shivoham Stoneware Gomti Chakra
Compare Products
Clear All
Let's Compare!
Selection Error!
You have reached the maximum number of selection. You can select only upto 4 items to compare.
You have already selected this product.
OK
View Order 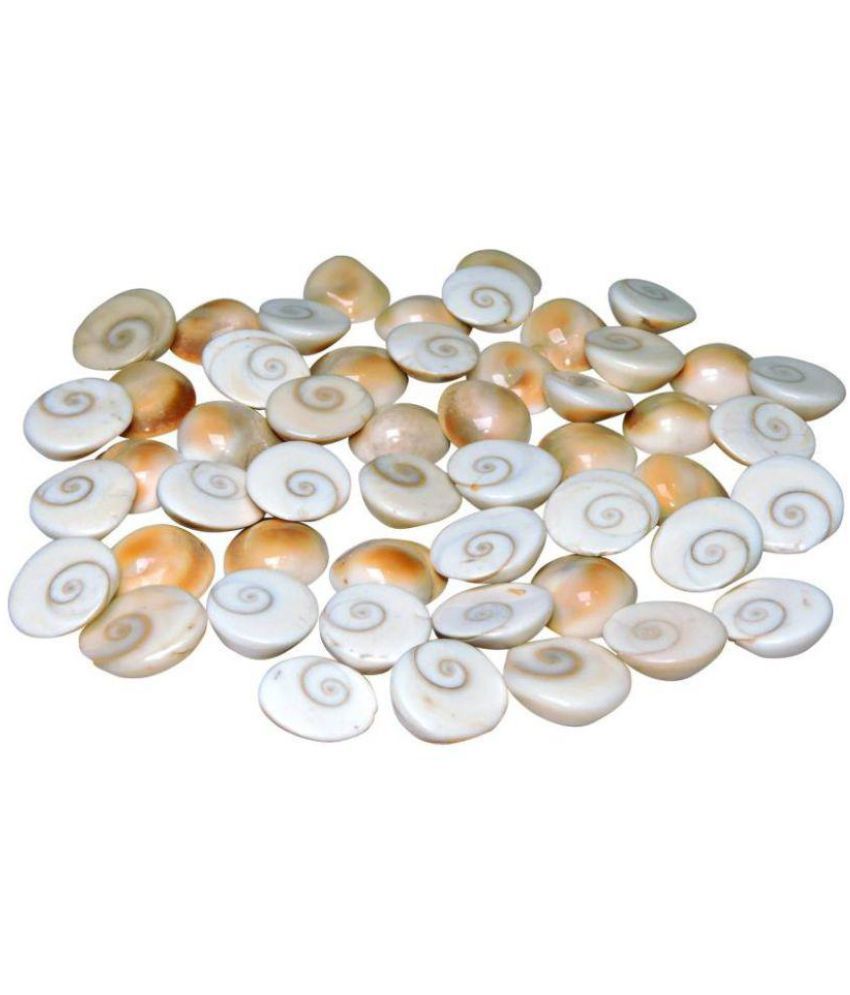 Natural Gomti Chakra Cabochon (Pack of 51 Pcs.) is a rare natural and spiritual product, a form of shell stone. Gomti Chakra is found in gomti River in Dwarka, a part of Gujarat in India. Gomti Chakra is also known as Sudarshan Chakra as it resembles the divine weapon of Lord Krishna - the Sudarshan Chakra. It is believed to bring luck and is used specially in spiritual and tantrik rituals. One side of the Gomati Chakra is elevated like a shell while the other side is flat with circular design like whirl which looks like a snake. This is the reason why it is also known as "Naag-Chakra" i.e. snake chakra. According to Vedic Astrology, it is beneficial in cases of people who have 'Naag dosh' or 'Sarpa Dosha' in their horoscope. (Rest Details and usage method will be sent along with the product)Note: These are natural stones and only shape has been given.