Return form will be sent to your email Id:
Want this item in next 24 hours?
Get an instant SMS with a link to download the Snapdeal App
+91
Please Enter a Valid 10 Digit Number.
Yes, Send Me A Link To The App
GET SMS
SDL147945479
{"SDL147945479":null}
Home
6, 2429, 46139174, ,
/
Jewellery
/
Fashion Jewellery
/
Gemstones & Diamonds
/
Tejvij And Sons 5.25 -Ratti Self certified Turquoise Turquoise Semi-precious Gemstone
Compare Products
Clear All
Let's Compare!
Selection Error!
You have reached the maximum number of selection. You can select only upto 4 items to compare.
You have already selected this product.
OK
View Order 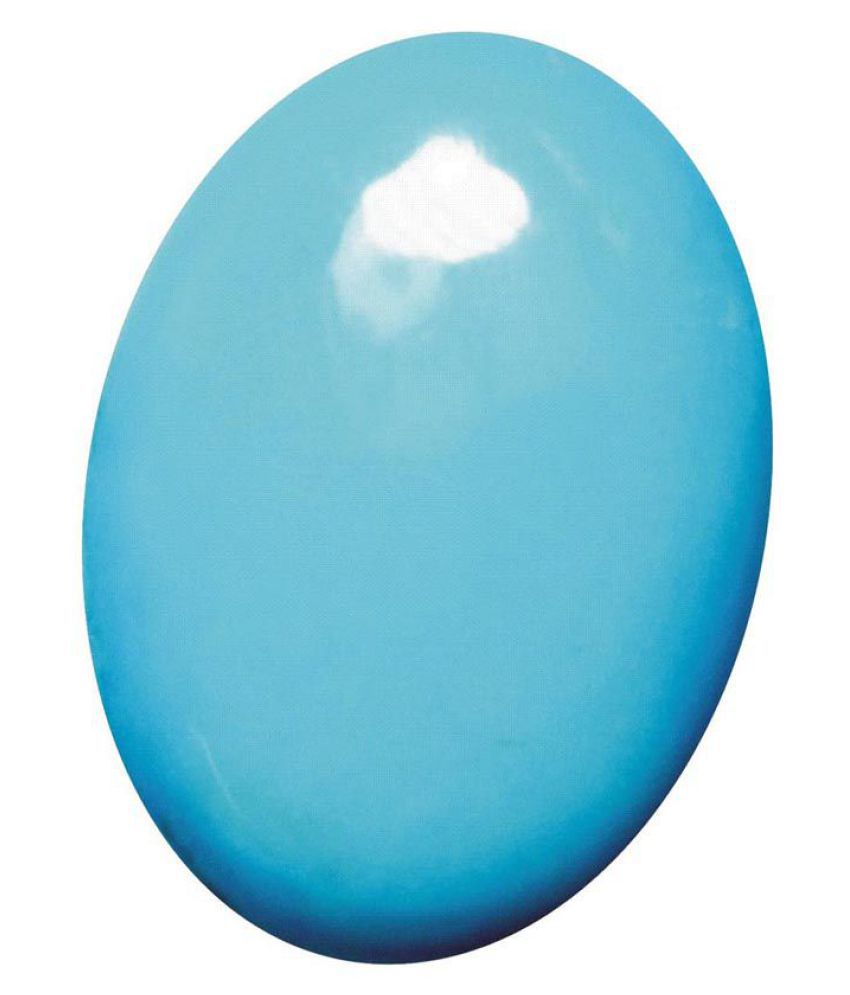 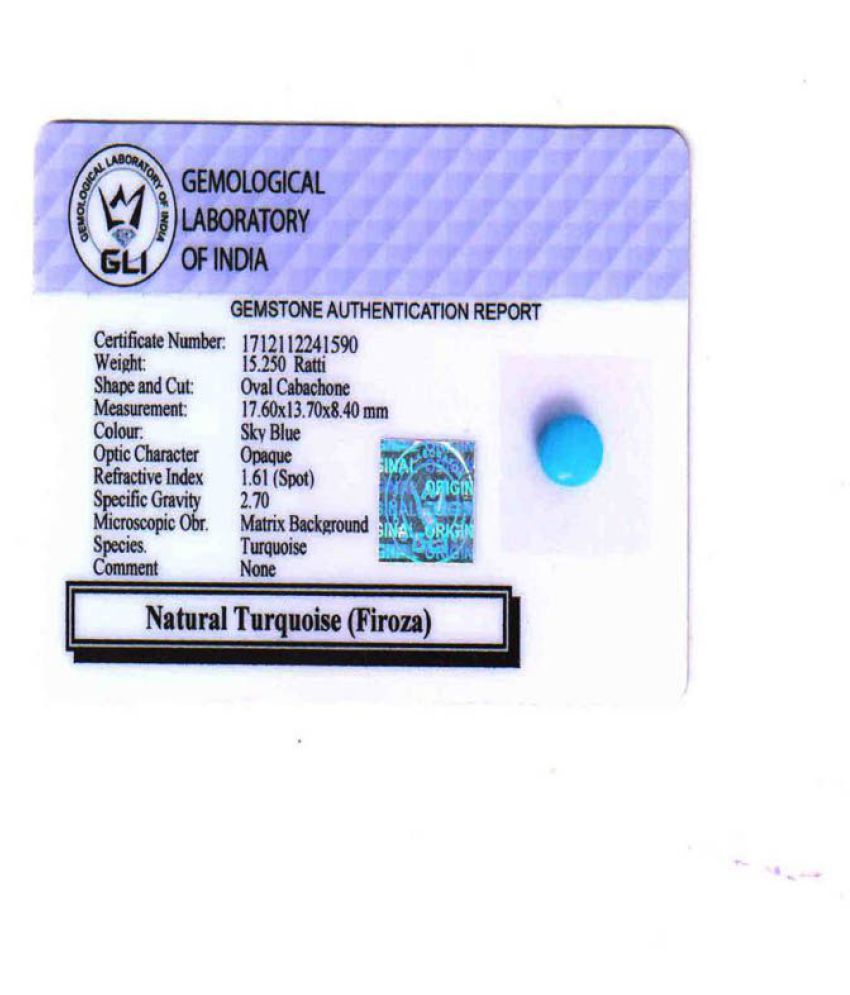 For centuries Turquoise has been recognized as possessing the power to protect riders from injury due to falls. First used as amulets by Turkish soldiers, on their persons and attached to their bridles and trappings, it later came to be used for protection against falls of any kind. Turquoise is also reputed to be influenced by the physical condition of the person who wears it. It is thought to grow pale when its owner is sick or sad, lose all color when the person dies, and gradually recover its color when transferred to a new healthy owner, its color deepening each day. Historically, Turquoise is credited with the property of securing friendly regard, verifying the traditional saying that “he, or she, who owns a Turquoise will never want for a friend.”  In the Orient, a Turquoise ring was worn as a protector against all things evil. The proverb states: “Given by a loving hand it brings with it happiness and good fortune.” However, the ring emitted protective energy only if the stone was given by a friend. It was believed to restore clear vision to the mind when the thinking became muddled and thus ensured good fortune

More Gemstones & Diamonds From Tejvij And Sons
In Same Price