Return form will be sent to your email Id:
Want this item in next 24 hours?
Get an instant SMS with a link to download the Snapdeal App
+91
Please Enter a Valid 10 Digit Number.
Yes, Send Me A Link To The App
GET SMS
SDL447489305
{"SDL447489305":null}
Home
364, 4362, 4478, ,
/
Books
/
Non Fiction Books
/
Business, Investing & Management Books
/
The 7 Habits of Highly Effective People Paperback (English)
Compare Products
Clear All
Let's Compare!
Selection Error!
You have reached the maximum number of selection. You can select only upto 4 items to compare.
You have already selected this product.
OK
View Order 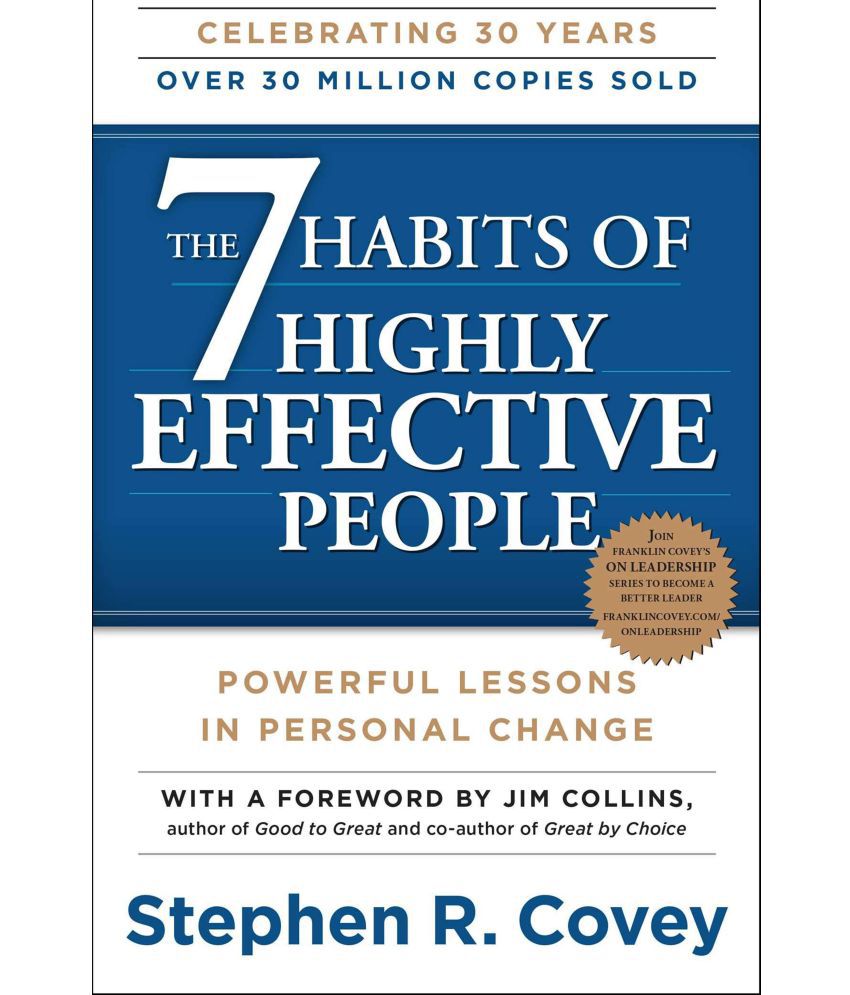 In his doctoral thesis, the author, Stephen. R. Covey, found a contrast in the self-help literature existing through generations. While the books from 1920s onwards focused on personality traits, the older books stressed on character development. The author believes that a balance must exist between the two, but he also maintains that character development is more fundamental in nature.the 7 habits of highly effective people thus focuses on the values which comprise of character ethics on which the personality ethics has to be built. These values include integrity, courage, a sense of justice and honesty. This book discusses the seven main habits which one must adopt to live a more fulfilling life. The author also takes the readers through three stages of character development.the stages of character development range from the time when a person is born and is dependent on others for survival to the time he grows and later learns to live with others. The first three habits denote the progress level from dependence to independence. The next three habits are all about interdependence and the final seventh habit deals with renewal. The 7 habits of highly effective people was published by simon & schuster ltd on 21 november 2013 and is available in paperback.key features this book was included in time magazine's list of the 25 most influential business management books over 25 million copies in 40 languages worldwide are sold