Return form will be sent to your email Id:
Want this item in next 24 hours?
Get an instant SMS with a link to download the Snapdeal App
+91
Please Enter a Valid 10 Digit Number.
Yes, Send Me A Link To The App
GET SMS
SDL935458148
{"SDL935458148":null}
Home
364, 365, 4494, ,
/
Books
/
Fiction Books
/
Literature & Fiction Books
/
The Alchemist Paperback
Compare Products
Clear All
Let's Compare!
Selection Error!
You have reached the maximum number of selection. You can select only upto 4 items to compare.
You have already selected this product.
OK
View Order 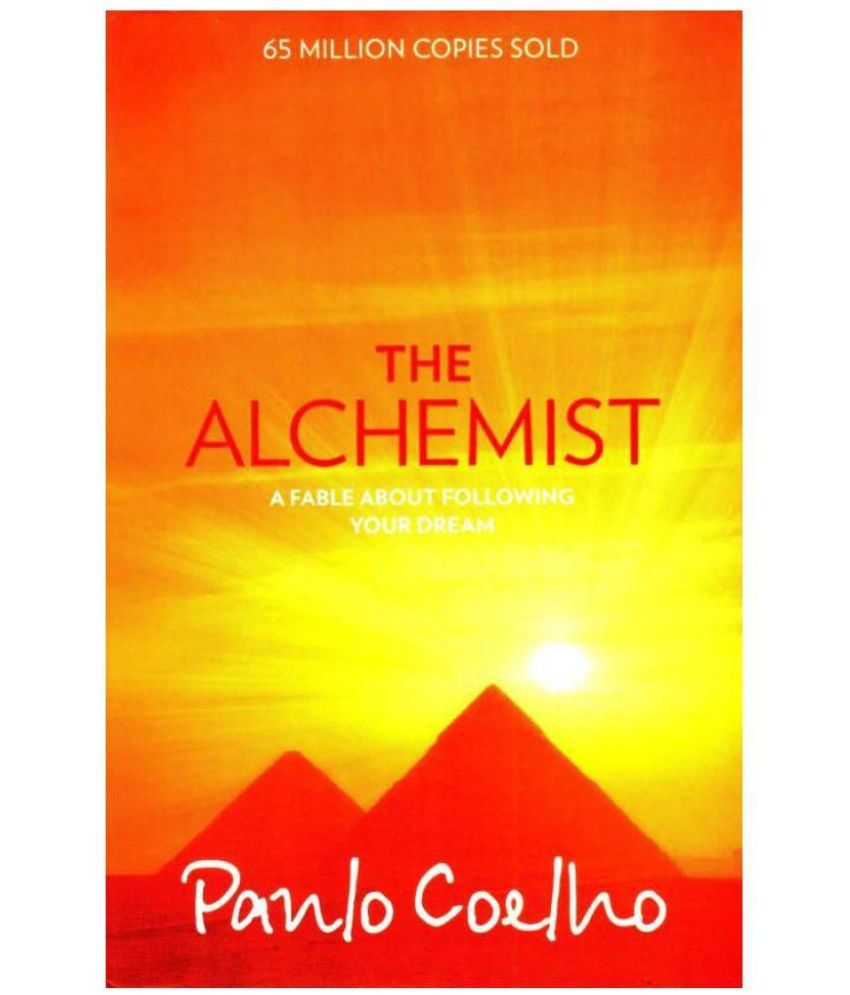 A novel rich in metaphors and symbolism, The Alchemist is a story based on the adventures of a young shepherd boy, who, upon deciding to follow his prophetic dreams, sets on a treasure hunt. This journey introduces him to some remarkable people who leave an indelible and profound mark on him. Summary Of The Book The Alchemist was first published in 1988. The protagonist of the story, a young Andalusian shepherd boy named Santiago, is plagued with recurring dreams, wherein a mysterious child urges him to look for buried treasure at the base of the Egyptian pyramids. Determined, he leaves Spain and heads towards Egypt. En route, he meets the King of Salem, a man named Melchizedek. Melchizedek introduces Santiago to the concept of a ‘Personal Legend’ or a personal map or a quest that guides him to what his heart truly desires. While attempting to cross the Sahara desert on the way to Egypt, he joins a caravan which is driven by an Englishman who is aspiring to be an alchemist. During a stopover in Al-Fayoum, Santiago meets Fatima, a young girl of exceeding beauty who steals his heart. He asks her to marry him, but she declines saying that she will do so only once he has found the treasure he seeks. In the Saharan oasis of Al-Fayoum, Santiago meets a 200-year-old alchemist who decides to accompany him on his expedition. He imparts wisdom and valuable knowledge to Santiago, who eventually understands why the supposed treasure keeps evading him. Having sold over 65 million copies worldwide, The Alchemist is marked by its profound simplicity, the easy flow of the story, and the poignant moral it tries to teach the reader, that worldly possessions and extravagance are immaterial when compared to finding your own ‘Personal Legend’. About Paulo Coelho Paulo Coelho, born in 1947, is an author and songwriter. He has authored Eleven Minutes, Veronika Decides to Die, The Witch of Portobello, Brida, The Pilgrimage, and The Zahir. One of the most popular authors in the world, Coelho initially had a very lucrative career as a lyricist and theatre director, but he quit that to become a full-time writer. Having published over thirty books, Coelho also maintains a regular blog called Walking The Path. He has been awarded numerous prestigious international awards such as the Crystal Award by the World Economic Forum, The Honorable Award of the President of the Republic by the President of Bulgaria, and was named the Messenger of Peace of the United Nations in 2007. His wife, Christina Oiticica, and him, divide their time between Europe and Rio de Janeiro.