Return form will be sent to your email Id:
Want this item in next 24 hours?
Get an instant SMS with a link to download the Snapdeal App
+91
Please Enter a Valid 10 Digit Number.
Yes, Send Me A Link To The App
GET SMS
SDL192477267
{"SDL192477267":null}
Home
364, 366, 4403, 46105652, ,
/
Books
/
Academic Texts
/
Humanities Books
/
Literature Books
/
The Canterbury Tales, and Other Poems (World Classics, Unabridged) by Geoffrey Chaucer
Compare Products
Clear All
Let's Compare!
Selection Error!
You have reached the maximum number of selection. You can select only upto 4 items to compare.
You have already selected this product.
OK
View Order 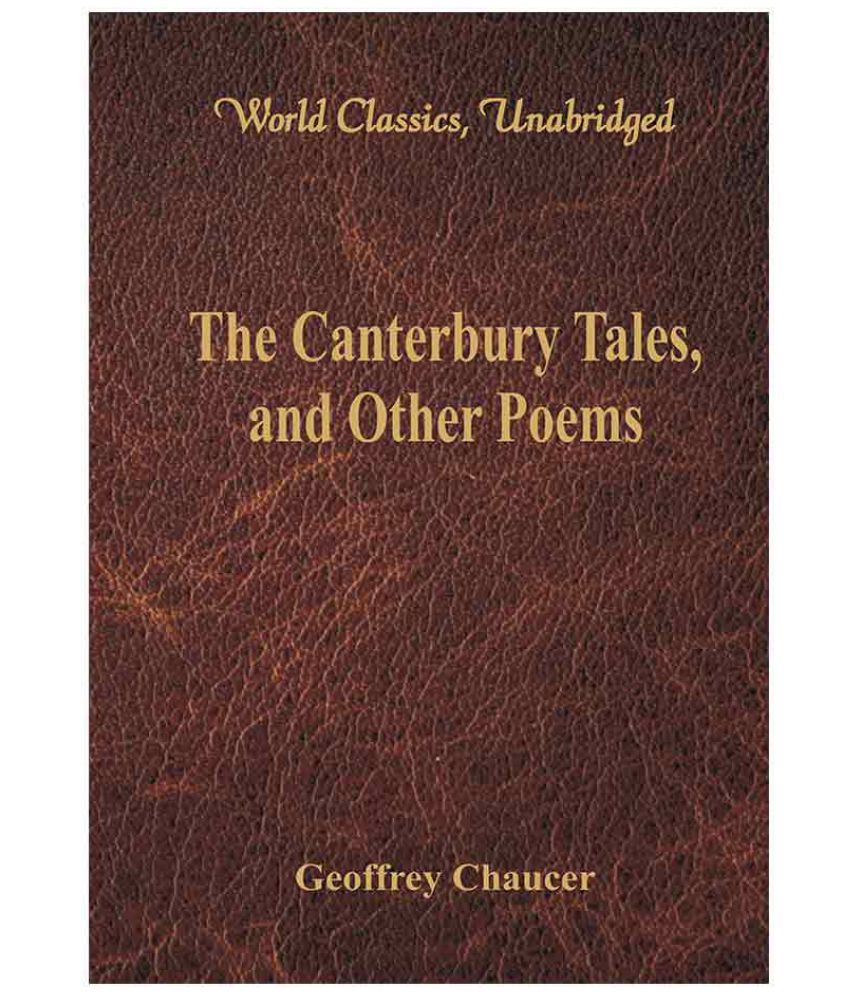 The Canterbury Tales, and Other Poems (World Classics, Unabridged) by Geoffrey Chaucer

This introductory guide places the Canterbury Tales in the context of the crisis in English society in the fourteenth century. It examines the social diversity of Chaucer's pilgrims, the stylistic range of their tales and the psychological richness of their interaction. The volume offers students a clear image of the powerful representation of the social reality that makes the Canterbury Tales one of the most important texts in English literature. Emphasis is placed on the language of the poem, the place of Chaucer in subsequent literary tradition, and an entire chapter is devoted to the General Prologue which is widely studied on undergraduate courses. Finally, the volume offers a helpful chronology of the period and an invaluable guide to further reading.

The Canterbury Tales, and Other Poems (World Classics, Unabridged) by Geoffrey Chaucer