Return form will be sent to your email Id:
Want this item in next 24 hours?
Get an instant SMS with a link to download the Snapdeal App
+91
Please Enter a Valid 10 Digit Number.
Yes, Send Me A Link To The App
GET SMS
SDL442867361
{"SDL442867361":null}
Home
364, 384, 4505, ,
/
Books
/
Philosophy Books
/
History & Surveys Books
/
The de-barristerized SAVARKAR
Compare Products
Clear All
Let's Compare!
Selection Error!
You have reached the maximum number of selection. You can select only upto 4 items to compare.
You have already selected this product.
OK
View Order 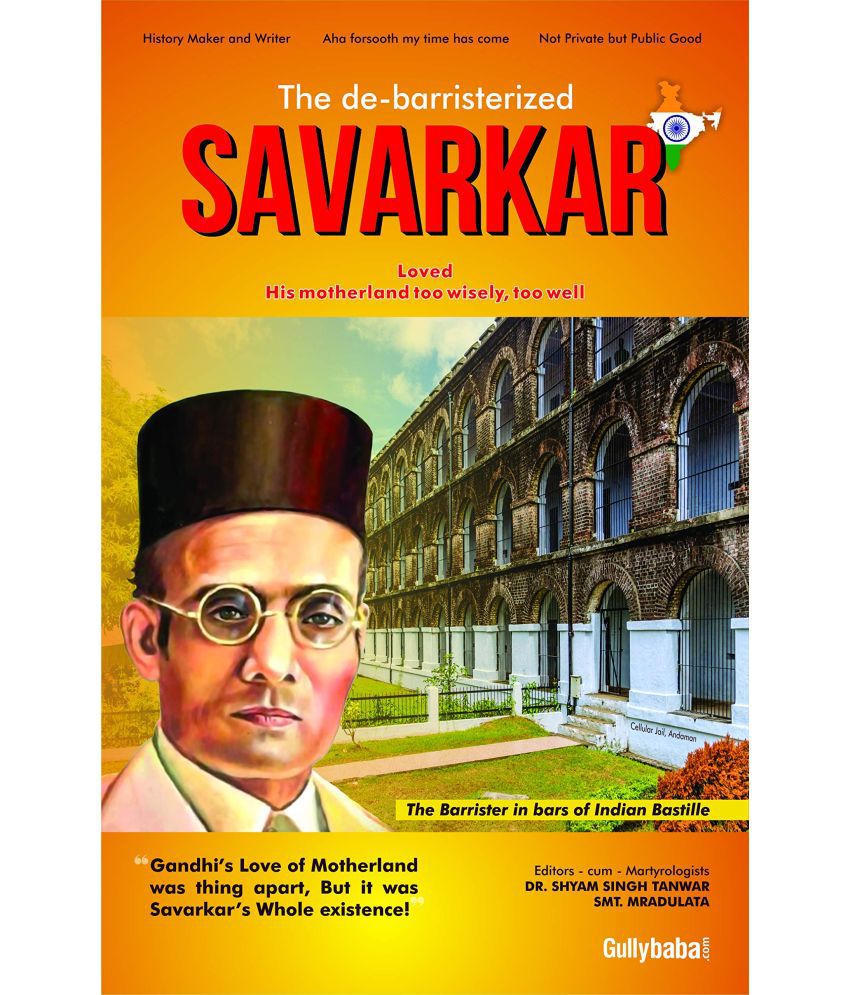 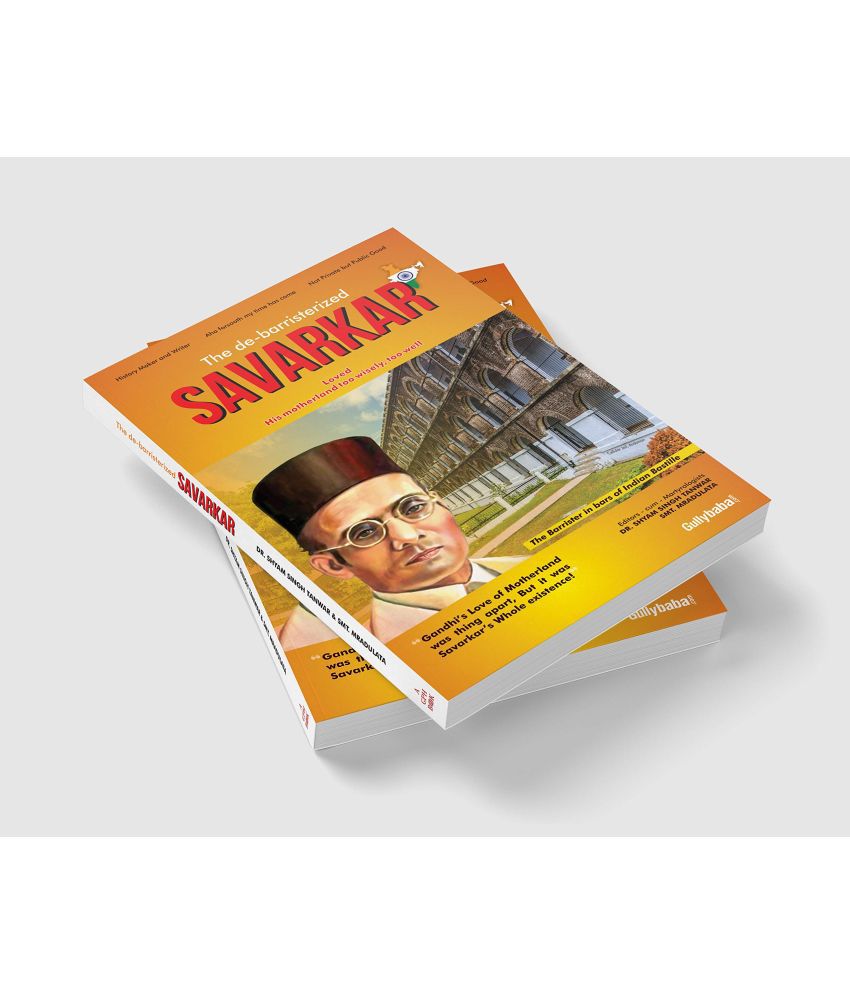 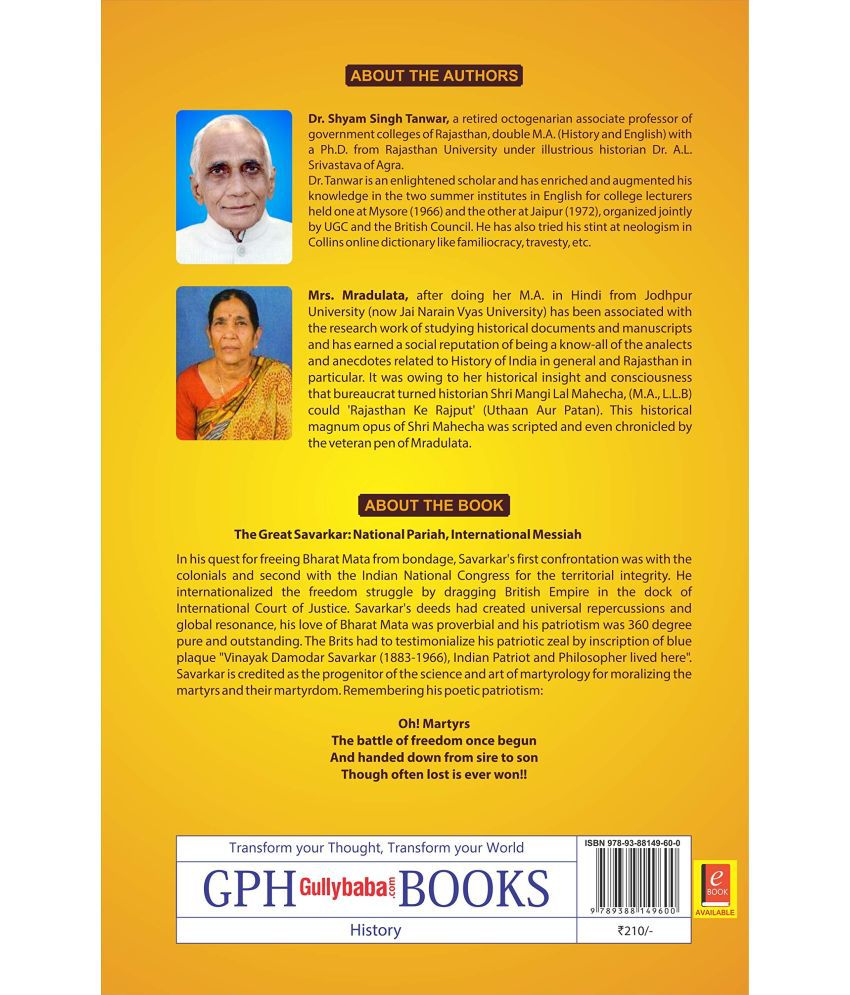 The Great Savarkar: National Pariah, International Messiah In his quest for freeing Bharat Mata from bondage, Savarkar's first confrontation was with the colonials and second with the Indian National Congress for the territorial integrity. He internationalized the freedom struggle by dragging British Empire in the dock of International Court of Justice. Savarkar's deeds had created universal repercussions and global resonance, his love of Bharat Mata was proverbial and his patriotism was 360 degree pure and outstanding. The Brits had to testimonialize his patriotic zeal by inscription of blue plaque "Vinayak Damodar Savarkar (1883-1966), Indian Patriot and Philosopher lived here". Savarkar is credited as the progenitor of the science and art of martyrology for moralizing the martyrs and their martyrdom. Remembering his poetic patriotism:

Dr. Shyam Singh Tanwar, a retired octogenarian associate professor of government colleges of Rajasthan, double M.A. (History and English) with a Ph.D. from Rajasthan University under illustrious historian Dr. A.L. Srivastava of Agra.
Dr. Tanwar is an enlightened scholar and has enriched and augmented his knowledge in the two summer institutes in English for college lecturers held one at Mysore (1966) and the other at Jaipur (1972), organized jointly by UGC and the British Council.

Mrs. Mradulata, after doing her M.A. in Hindi from Jodhpur University (now Jai Narain Vyas University) has been associated with the research work of studying historical documents and manuscripts and has earned a social reputation of being a know-all of the analects and anecdotes related to History of India in general and Rajasthan in particular. It was owing to her historical insight and consciousness that bureaucrat turned historian Shri Mangi Lal Mahecha, (M.A., L.L.B) could 'Rajasthan Ke Rajput' (Uthaan Aur Patan).