Return form will be sent to your email Id:
Want this item in next 24 hours?
Get an instant SMS with a link to download the Snapdeal App
+91
Please Enter a Valid 10 Digit Number.
Yes, Send Me A Link To The App
GET SMS
SDL730480161
{"SDL730480161":null}
Home
364, 4362, 4473, ,
/
Books
/
Non Fiction Books
/
Biographies & Autobiographies
/
The False Spy
Compare Products
Clear All
Let's Compare!
Selection Error!
You have reached the maximum number of selection. You can select only upto 4 items to compare.
You have already selected this product.
OK
View Order 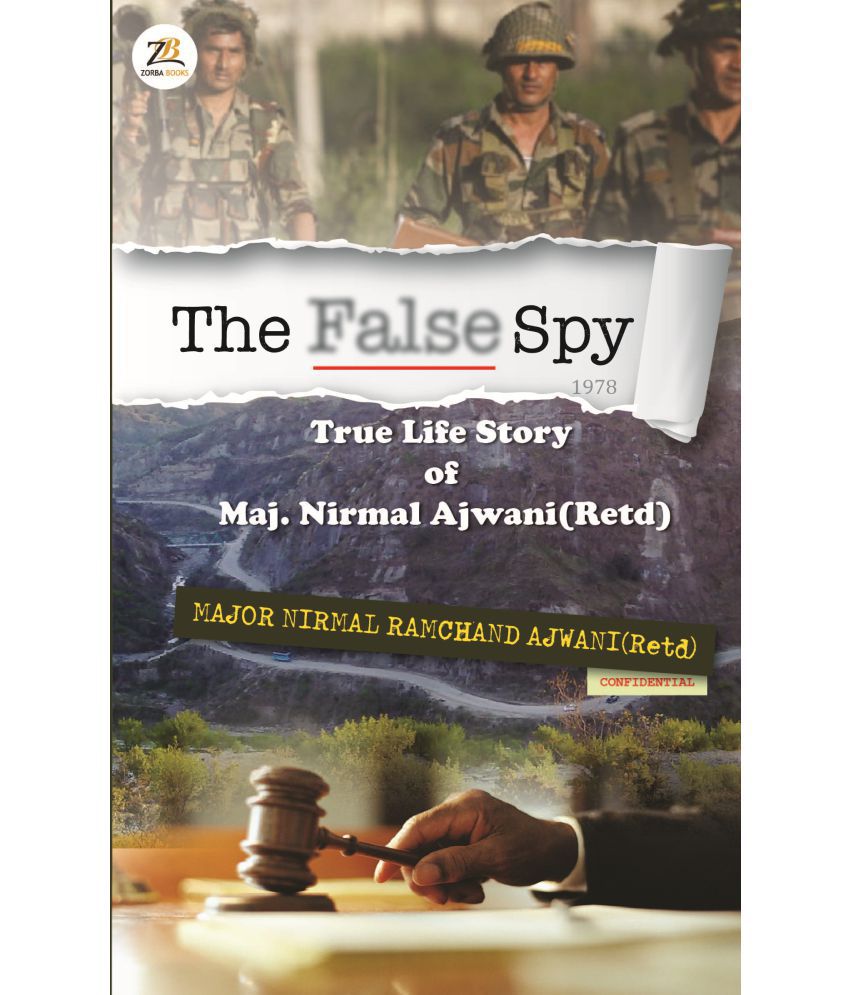 Between August 1978 and January 1979, in a brief span of six months, 50-odd army persons were arrested by the Military Intelligence authorities under the charge of spying for Pakistan in what eventually came to be known as the ‘Samba Spy Scandal’. What followed was nothing less than a humiliating debacle of justice in one of the most sordid dramas of greed, intrigues, cowardice and fabrication, as the judicial bodies were plunged into a see-saw between the preposterous claims made by the MI authorities and the facts stated by the accounts of the many soldiers who were framed in this scenario. When Major Ajwani joined the army in 1964, he had the same rosy picture of the organization being the epitome of bravery, loyalty, discipline and flawless conduct that is embedded in the minds of most Indians. The author leads us by the hand through his very first days in the army, the initial tokens of success, soon to be overshadowed by the rude awakening to the rampant corruption and deception prevalent in the organization. Almost four decades later he recounts, in an eye-opening first-hand account, the unimaginable isolation and sense of ignominy faced by those who were falsely implicated. The book is a sincere product of years spent on careful study and documenting of the case from an insider’s perspective and exposes the pitfalls of the intra-court system and the incompetence of the army courts in handling such a case with sense and sensitivity. Major Ajwani argues with the aid of nuanced details, bolstering his arguments with hardcore facts, and a steadfast sense of responsibility towards extracting justice for each soldier who had been wronged by the juggernaut of betrayal and deceit set up by the MI authorities. It leaves the reader with a “brooding sense of injustice” and implores that one must keep speaking up against injustice in order to let the generations know, and never forget, that justice had been miscarried.