Return form will be sent to your email Id:
Want this item in next 24 hours?
Get an instant SMS with a link to download the Snapdeal App
+91
Please Enter a Valid 10 Digit Number.
Yes, Send Me A Link To The App
GET SMS
SDL694543214
{"SDL694543214":null}
Home
364, 375, 46102936, ,
/
Books
/
Competitive Exams
/
Civil Services Exams
/
The History Compendium for IAS Prelims General Studies Paper 1 & State PSC Exams 3rd Edition
Compare Products
Clear All
Let's Compare!
Selection Error!
You have reached the maximum number of selection. You can select only upto 4 items to compare.
You have already selected this product.
OK
View Order 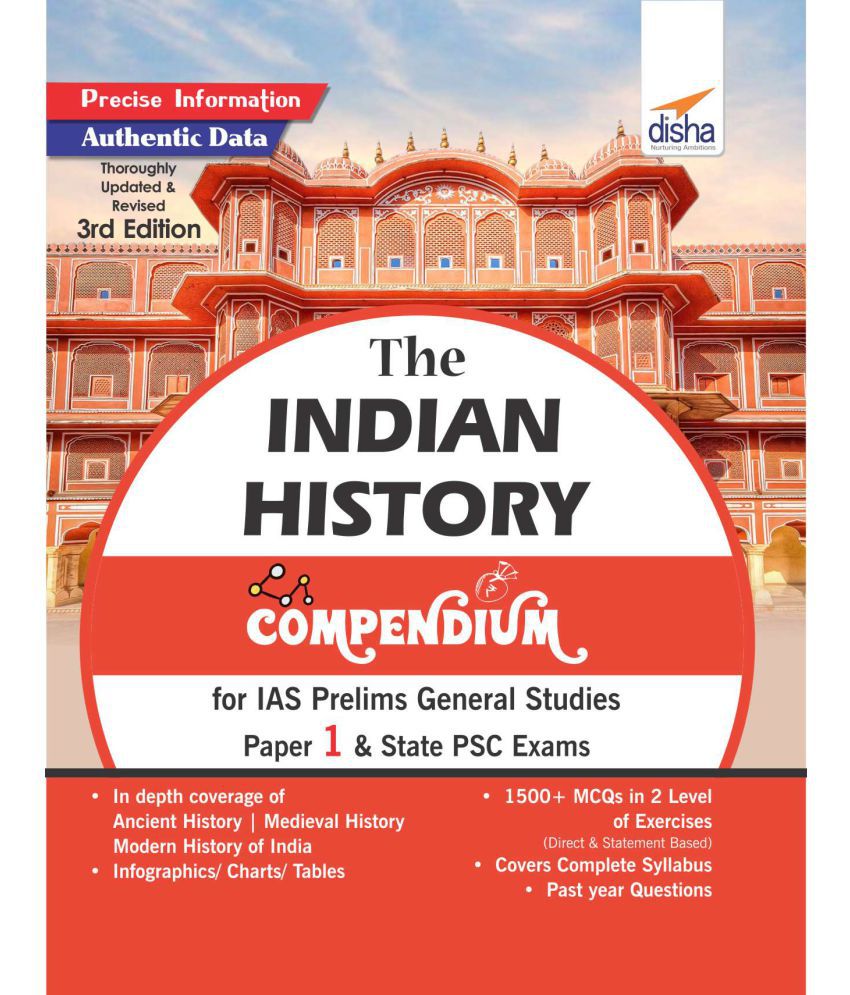 The thouroughly Revised & Updated 3rd Edition of the book History Compendium for General Studies CSAT Paper 1 & State PCS provides the MOST UPDATED material for the exam.

The USP of the book is that the information is captured in a self-explanatory and easy to remember methodology which comprises of Mind Maps, Infographics, Charts, Tables and latest exam pattern MCQs.

The emphasis of the book has been on capturing each and every detail pertaining to the Indian History which is important from the point of view of the exam. The book captures most of the important questions with explanations of the past years of the IAS Prelim exam, CDS, NDA and other competitive exams distributed in the various chapters.

The book is divided into 3 parts (Ancient, Medieval & Modern) which are further divided into 32 chapters. Each chapter is followed by 2 levels of exercises with 1500+ Simple MCQs & statement based MCQs.

Disha Experts is a team of most renowned and prolific content writers pioneering in School and Test Prep segments (Competitive Exams & Government Vacancies). It consists of more than 30 experts comprising of PhDs, B-Techs, PGs, etc. working full-time with decades of experience in various academic and competitive exam verticals. Disha Experts has emerged as a think tank in the School and Test Prep segments providing the most updated (latest pattern & syllabus-wise) to-the-point student friendly (relevant & easy-to-understand presentation) content such that the aspirants can give their best.

5. Emergence of Mahajanpadas and Magadha

1. Decline and disintegration of the Mughal Empire

2. Arrival of European Powers and their Expansion in India

3. Administration and Economy under the Company Rule

7. Rise of Press and Education in India