Return form will be sent to your email Id:
Want this item in next 24 hours?
Get an instant SMS with a link to download the Snapdeal App
+91
Please Enter a Valid 10 Digit Number.
Yes, Send Me A Link To The App
GET SMS
SDL308141880
{"SDL308141880":null}
Home
516, 46138845, 517, ,
/
Movies & Music
/
Movies & Entertainment
/
Hollywood Movies
/
The Hobbit: The Battle Of Five Armies Extended Edition (DVD)
Compare Products
Clear All
Let's Compare!
Selection Error!
You have reached the maximum number of selection. You can select only upto 4 items to compare.
You have already selected this product.
OK
View Order 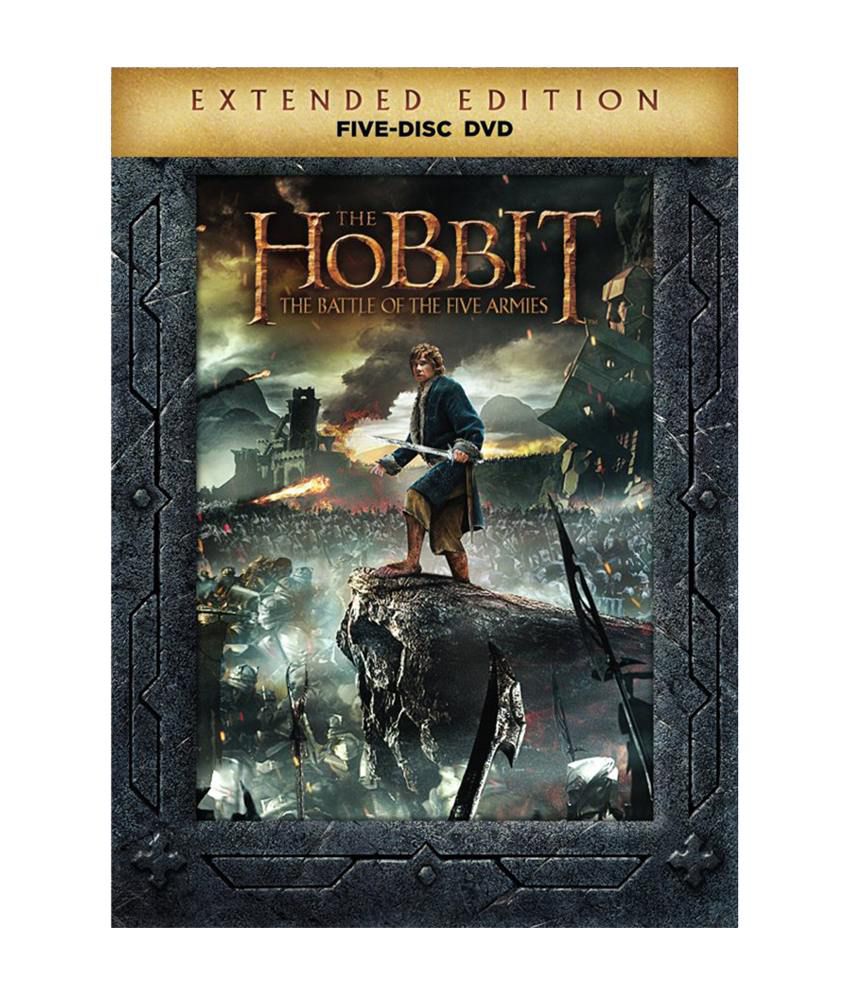 The Hobbit: The Battle Of Five Armies Extended Edition (DVD)

The Hobbit: The Battle Of Five Armies is a 2014 high fantasy adventure film. This movie is directed by Peter Jackson and written by Jackson, Fran Walsh, Philippa Boyens, and Guillermo del Toro. It is the third and final installment in Peter Jackson's three-part film adaptation based on the novel The Hobbit by J. R. R. Tolkien. The movie stars Martin Freeman, Ian McKellen, Richard Armitage, Evangeline Lilly, Lee Pace, Luke Evans, Benedict Cumberbatch and more, in lead roles.

The Hobbit: The Battle Of Five Armies Extended Edition (DVD)