Sorry! The Oath of the Vayuputras: Shiva Trilogy 3 Paper is sold out. 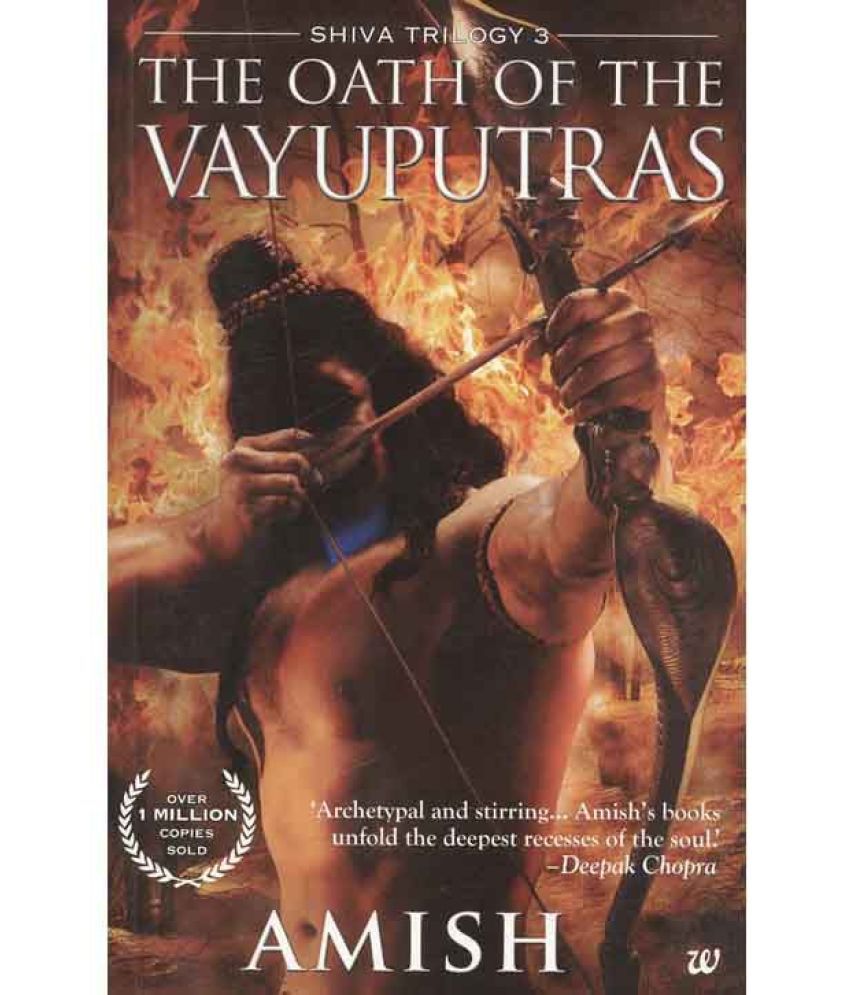 The Oath of the Vayuputras: Shiva Trilogy 3 Paper

Oath of Vayuputras published by Westland is the third and concluding book one in the bestselling Shiva Trilogy by Amish Tripathi.

Shiva gathers the forces as only God can stop the rising evil. He reaches Panchavati, the Naga capital, where the secret that has been baffling everybody finally reveals itself in this book. This holy war will pit Neelkanth against the opponent everyone dreads. This name instils fear in the bravest of the warriors, as he is the true enemy. Brutal battle rages non-stop, where the stakes are the highest possible, one where the soul of this nation is on the line.

Many people will lose their lives but Shiva cannot fail, whatever be the cost. This finally compels him to do the unthinkable, resort to the help of the Vayuputras. They never offered any help but now prove to be the last resort of Shiva. Oath of Vayuputras narrates how Shiva and the Vayuputras overcome this hindrance.

Amish Tripathi is an alumnus of IIM Kolkata and had a successful banking career before he decided to turn to his original passion, writing. His first book was The Immortals of Meluha, the first in Shiva Trilogy, which turned out to be a bestseller. Amish has a passion for mythology, history, and philosophy.