Return form will be sent to your email Id:
Want this item in next 24 hours?
Get an instant SMS with a link to download the Snapdeal App
+91
Please Enter a Valid 10 Digit Number.
Yes, Send Me A Link To The App
GET SMS
SDL630344078
{"SDL630344078":null}
Home
364, 4362, 4478, ,
/
Books
/
Non Fiction Books
/
Business, Investing & Management Books
/
Think and Grow Rich
Compare Products
Clear All
Let's Compare!
Selection Error!
You have reached the maximum number of selection. You can select only upto 4 items to compare.
You have already selected this product.
OK
View Order 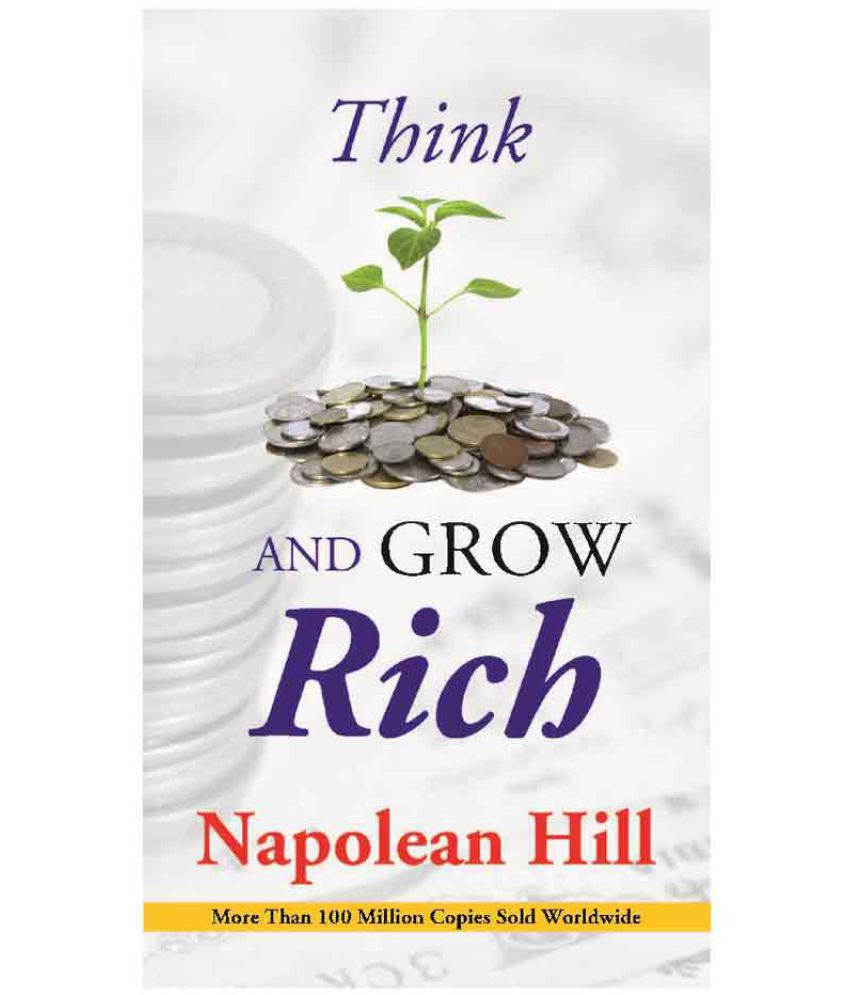 ABOUT THE AUTHOR Oliver Napoleon Hill was an American self-help author. He is best known for his book Think and Grow Rich, which is among the 10 best-selling self-help books of all time. His works insisted that fervid expectations are essential to improving one's life. Most of his books were promoted as expounding principles to achieve "success". Napoleon Hill was born in a one-room cabin in Southwest Virginia in 1883 and rose to become a prominent American author and advisor to presidents. Hill began writing as a reporter when he was just thirteen, and later used his earnings to go to law school. However, he had to withdraw from law school for financial reasons. Meeting Andrew Carnegie on one of his reporting assignments was a pivotal moment. Hill's works examined the power of personal beliefs and the role they play in personal success. He was one of the earliest producers of the modern genre of personal-success literature.

ABOUT THE BOOK Think and Grow Rich, written by Napoleon Hill, is promoted as a personal development and self-improvement book. The book is said to be the result of more than twenty years of study of many successful individuals who had amassed personal fortunes. Hill revealed the priceless wisdom of his research in the form of 13 "laws" to be applied to achieve success in this book. Some of these include: developing a definite purpose, focusing on long term goals, building a Positive Mental Attitude (PMA), channeling the power of the sub-conscious mind, suppressing negative thoughts, and dealing with adversity. The riches he referred to were more than money, for this Philosophy of Personal Achievement can be applied to anything in life. The book asserts that desire, faith, and persistence can propel one to great heights. The object of this book is to help all who seek itto learn the art of changing their minds from failure consciousness to success consciousness.