Return form will be sent to your email Id:
Want this item in next 24 hours?
Get an instant SMS with a link to download the Snapdeal App
+91
Please Enter a Valid 10 Digit Number.
Yes, Send Me A Link To The App
GET SMS
SDL663928121
{"SDL663928121":null}
Home
6, 658, 669, ,
/
Jewellery
/
Precious Jewellery
/
Loose Diamonds
/
Todani Jems® 10.25 Ratti 9.62 Carat Certified Natural Gomed with Lab Certificate
Compare Products
Clear All
Let's Compare!
Selection Error!
You have reached the maximum number of selection. You can select only upto 4 items to compare.
You have already selected this product.
OK
View Order 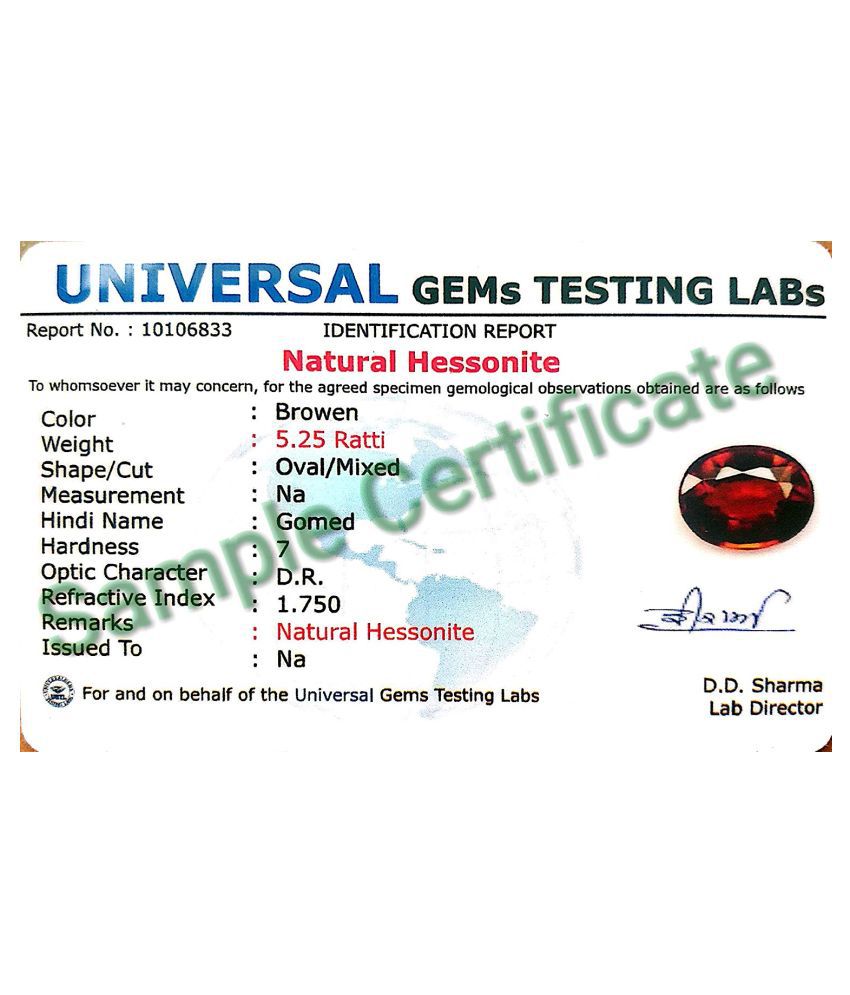 Natural Certified Gomed with Lab Certificate. Working Great In Rahu Mahadasha or Fruitfuil Situation of Rahu In Chart . Gomed also workes in mental problems like confusion or pain in head. Garnet (Gomed) is found the world over, and though commonly known to be red, it is in fact found in a variety of colors and chemical formulas, each with its own set of spiritual properties. Legends and folklore place garnet among the most ancient of talismans. Not only was it prized as an ornamental jewel, but its strong curative powers and protective energies made it invaluable. Garnet is also known for its utilization of creative energy. It grounds spirit forces within the body and helps in the ability to work lovingly on the physical plane. Yet Garnet is a sensual stone. It represents primordial fire, the creation of the world out of chaos, purification and love. It is a stone of strong, intense feelings.