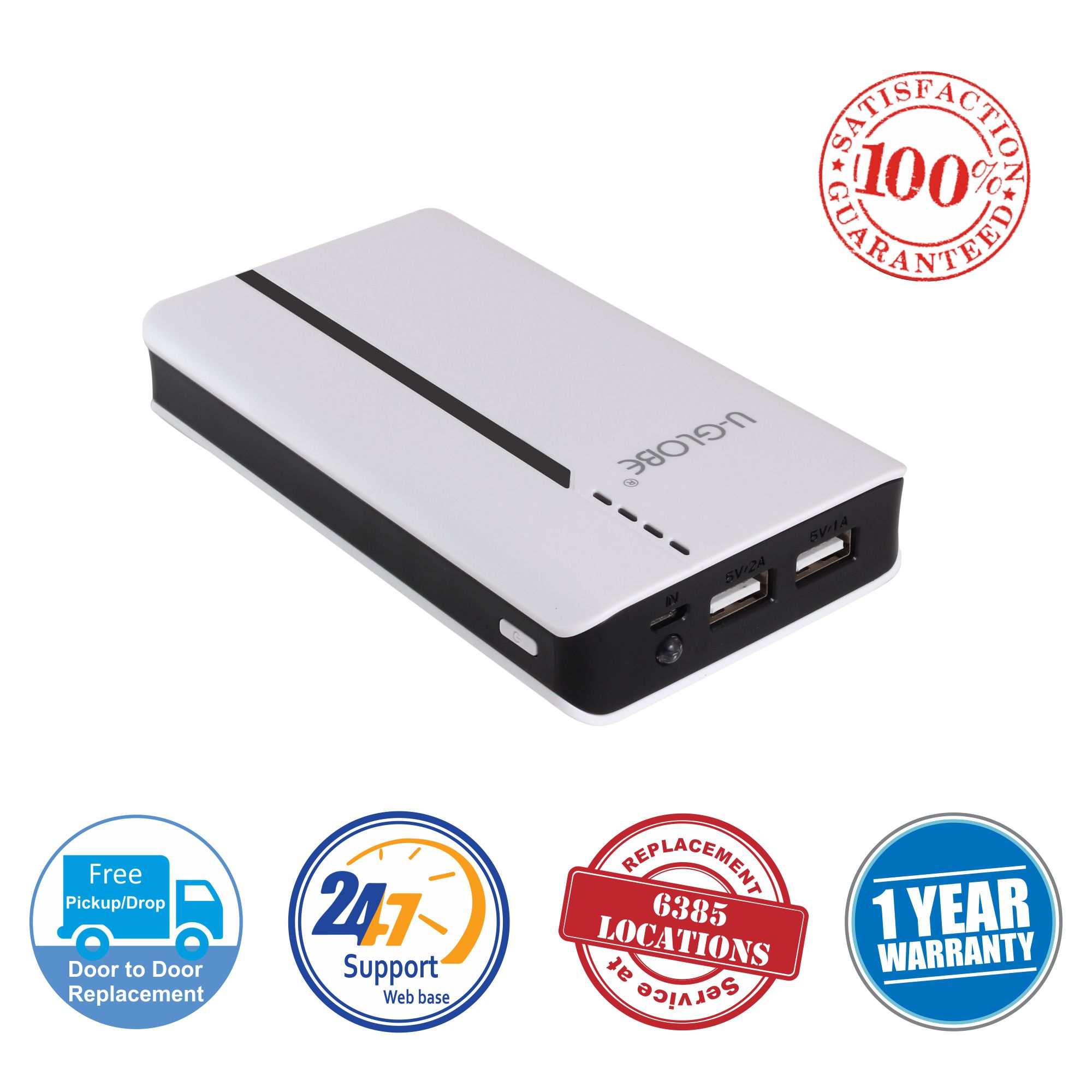 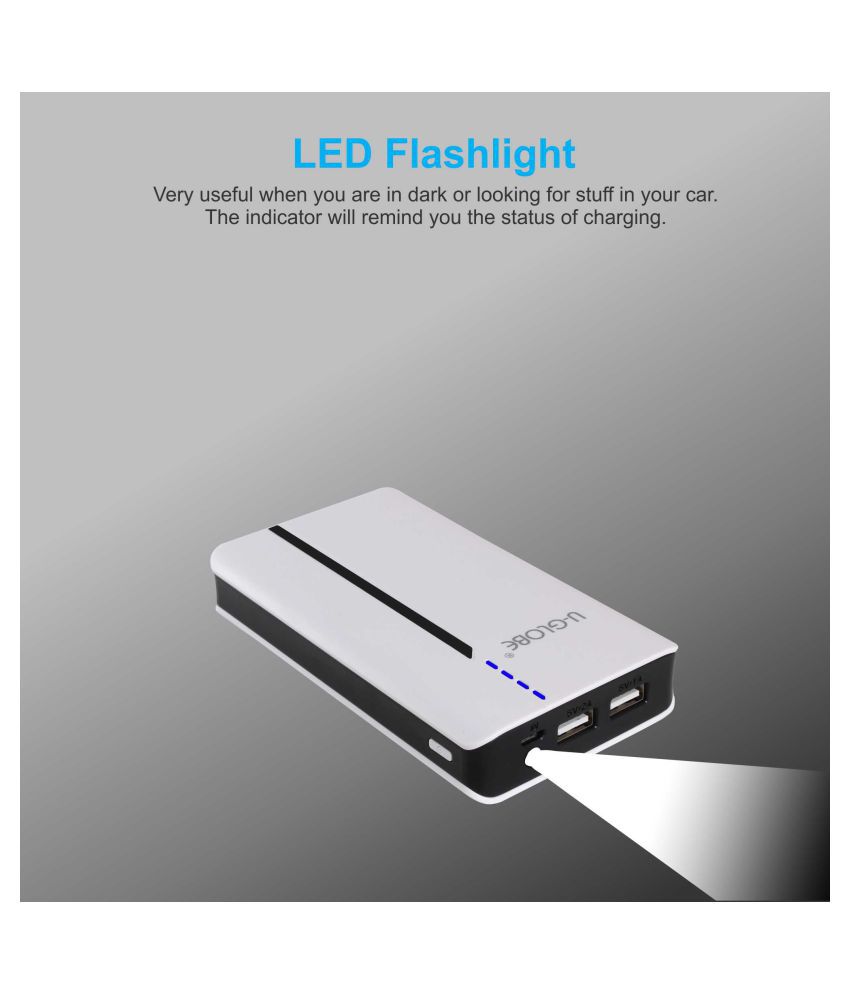 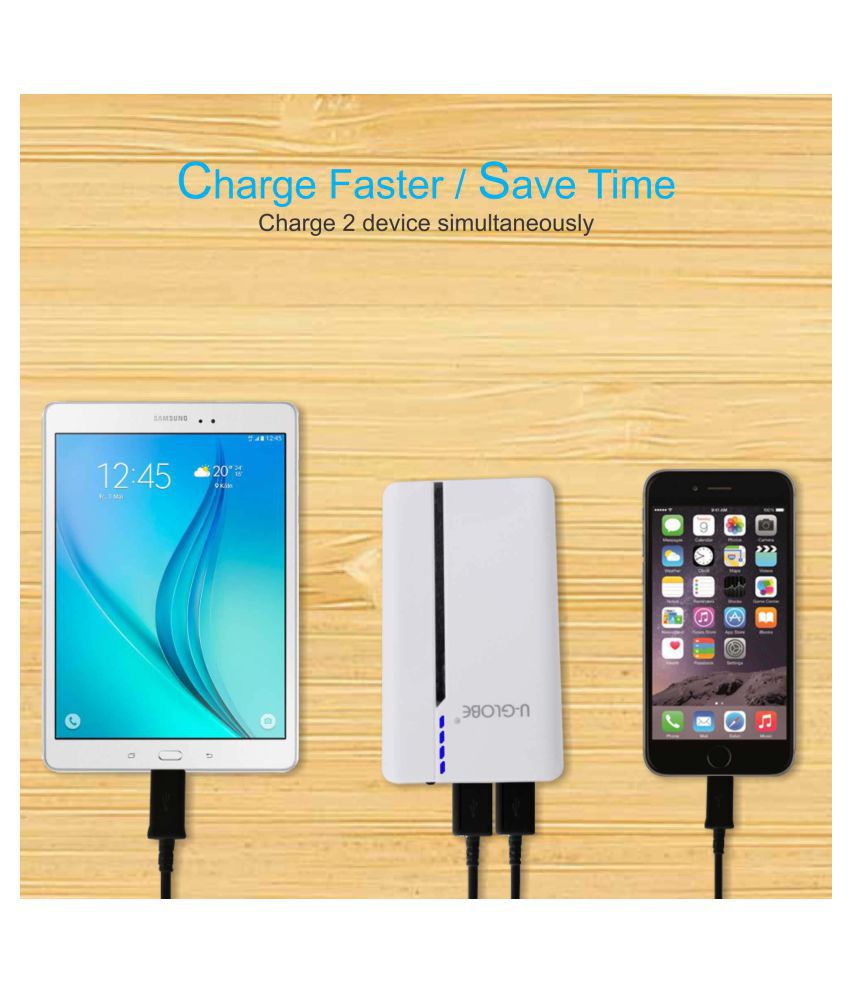 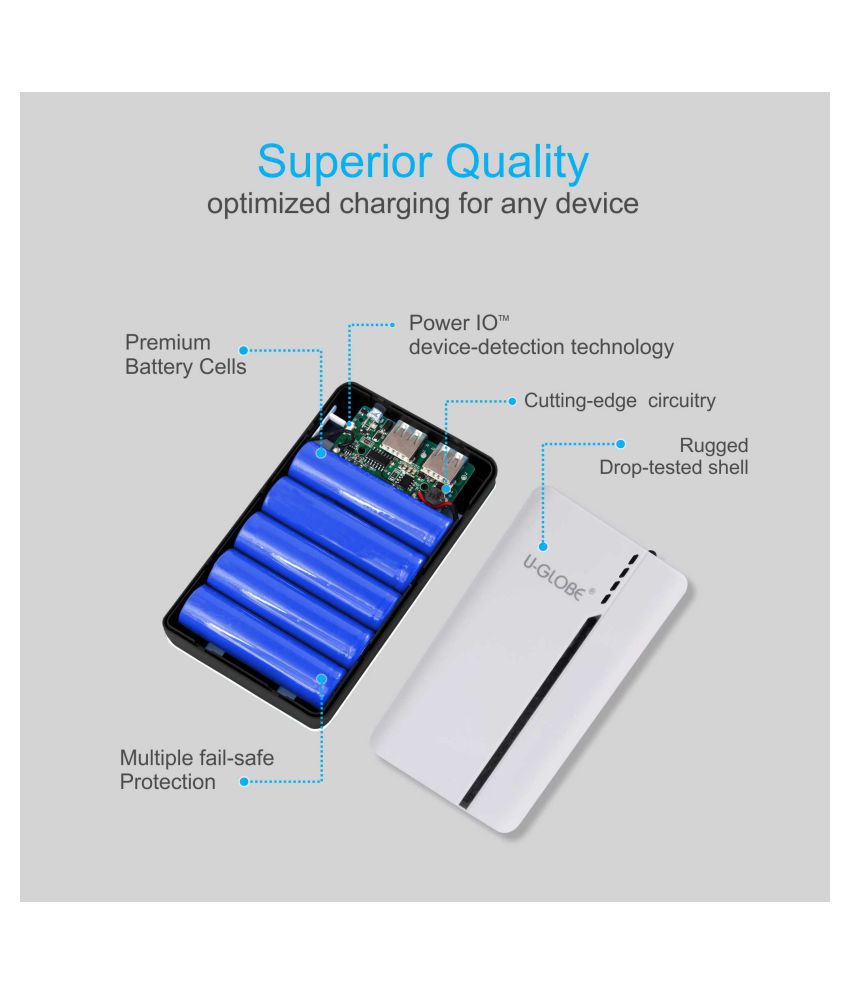 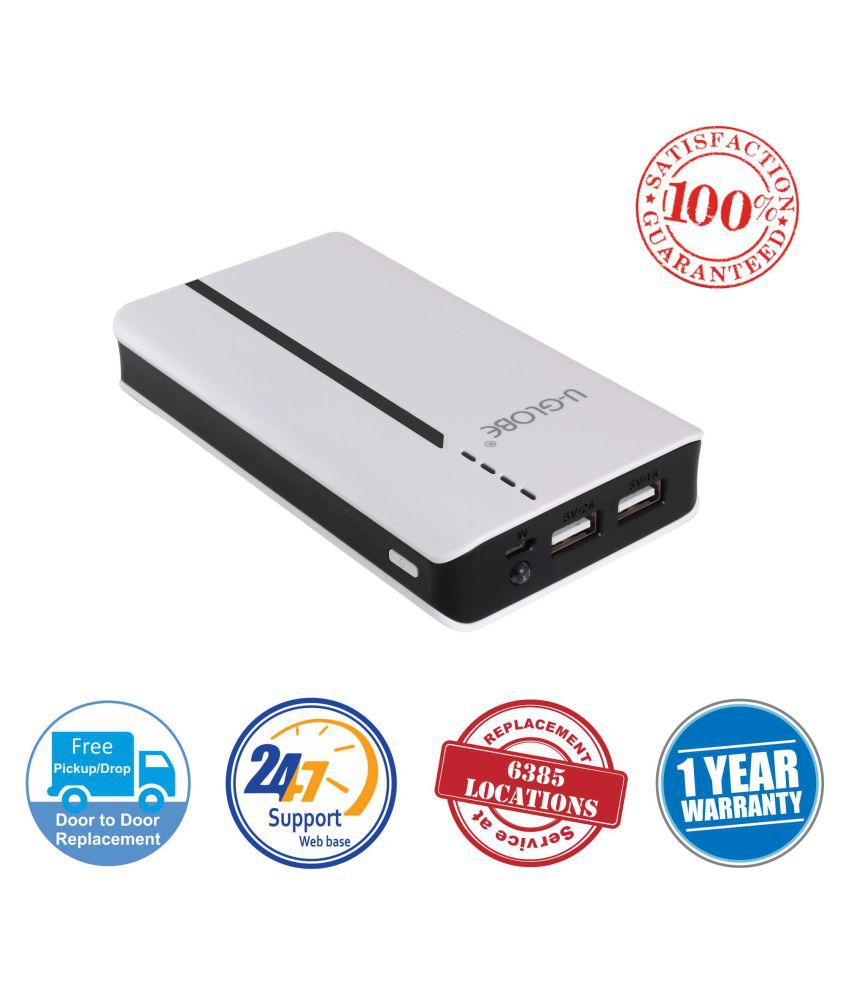 Bring home U-Globe UG-957 and get your smart phones working around the clock without any hassle. Today, power bank has become an important device especially for those who work on their smart phones day and night. You can now charge your phones anytime and anywhere with this smart portable charging device.

With a battery backup of 10400mAH, U-Globe UG-957B Power Bank Charger is available at a reasonable rate when compared to other power bank price. It has two USB ports, with their power outputs being DC 5V/2A and 5V/1A. The device compatible with a variety of smart phones, mobile phones and other devices.

Its elementary usage is supported by the direct 5V/1A charging port connector and a powerful flashlight which comes in handy at various situations in the house as well as on road. Also, it can be charged back in no time, thus becoming the first choice among buyers.

It emerges as a lifesaver in situations demanding for a socket to charge your phones with a power conversion rate of up to 85%. With its dual output feature, you can also charge 2 devices simultaneously without compromising with the speed of charging at either of the two ports.  Purchase the power bank charger only on Snapdeal!