Return form will be sent to your email Id:
Want this item in next 24 hours?
Get an instant SMS with a link to download the Snapdeal App
+91
Please Enter a Valid 10 Digit Number.
Yes, Send Me A Link To The App
GET SMS
SDL319018850
{"SDL319018850":null}
Home
364, 372, 46101983, ,
/
Books
/
Children & Young Adult Books
/
Children Action, Adventure & Thriller Books
/
Vampire Breath Paperback (English)
Compare Products
Clear All
Let's Compare!
Selection Error!
You have reached the maximum number of selection. You can select only upto 4 items to compare.
You have already selected this product.
OK
View Order 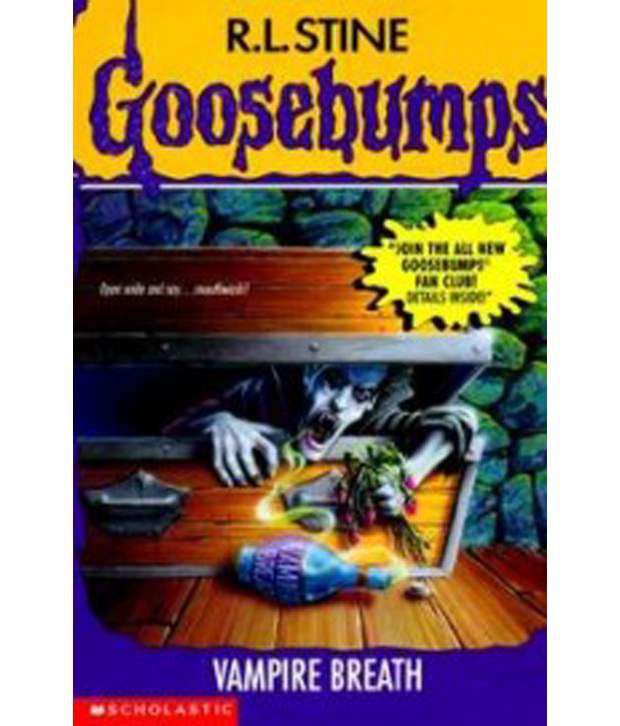 Vampire Breath is a children's horror book that is a part of the Goosebumps series. This book comes with the thrills and the chills that is expected in the adventure narratives for children. Goosebumps is presented with a new essence of freshness and also added quotient of excitement and adventure in this particular book. Goosebumps through this new story is all set to scare the children of the new generation, hence readers need to be careful and expect some serious scare while reading the book. The story narrates the tale of Freddy and Cara, two fearless children who went down sneaking into the basement room of Freddy and opened the bottle of Vampire Breath, to release a very thirsty vampire in the basement of Freddy.

Robert Lawrence Stine, also known as Jovial Bob Stine, is an US author and producer who is into the genre of writing horror and science fiction stories for children. Stine is also referred to as the Stephen King of children's literature.