Return form will be sent to your email Id:
Want this item in next 24 hours?
Get an instant SMS with a link to download the Snapdeal App
+91
Please Enter a Valid 10 Digit Number.
Yes, Send Me A Link To The App
GET SMS
SDL975501844
{"SDL975501844":null}
Home
364, 378, 4472, ,
/
Books
/
Hobby & Craft Books
/
Travel Books
/
When Travel Bug Bites Sam
Compare Products
Clear All
Let's Compare!
Selection Error!
You have reached the maximum number of selection. You can select only upto 4 items to compare.
You have already selected this product.
OK
View Order 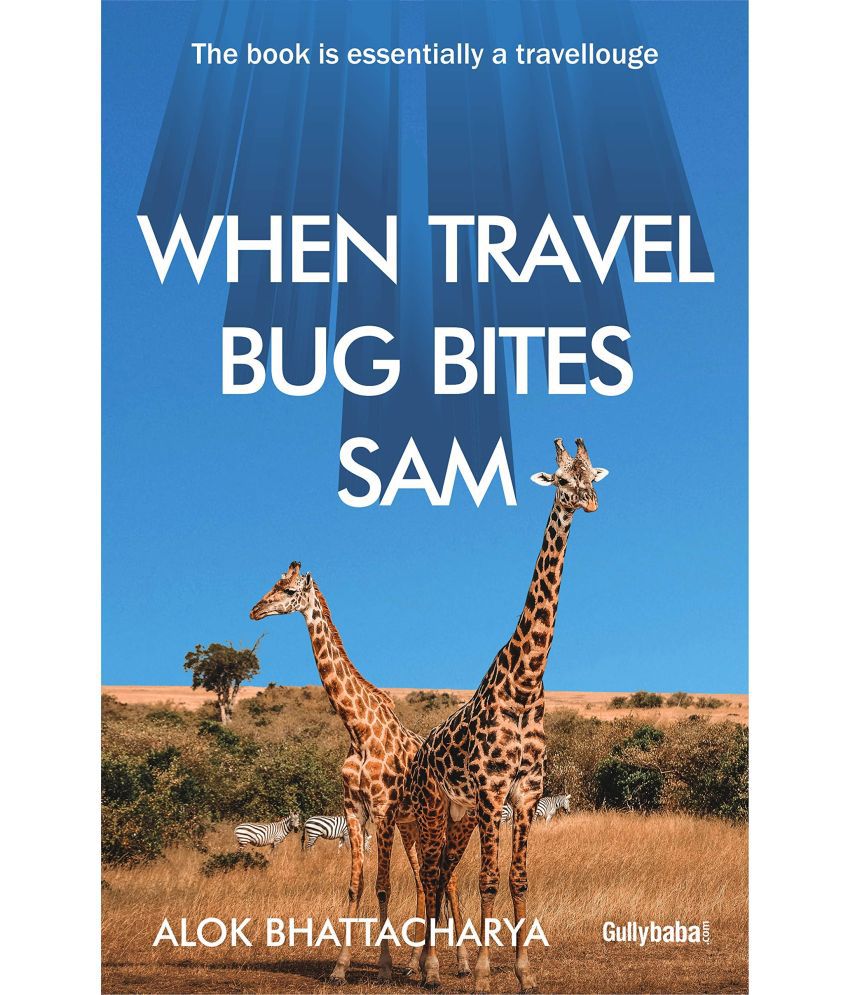 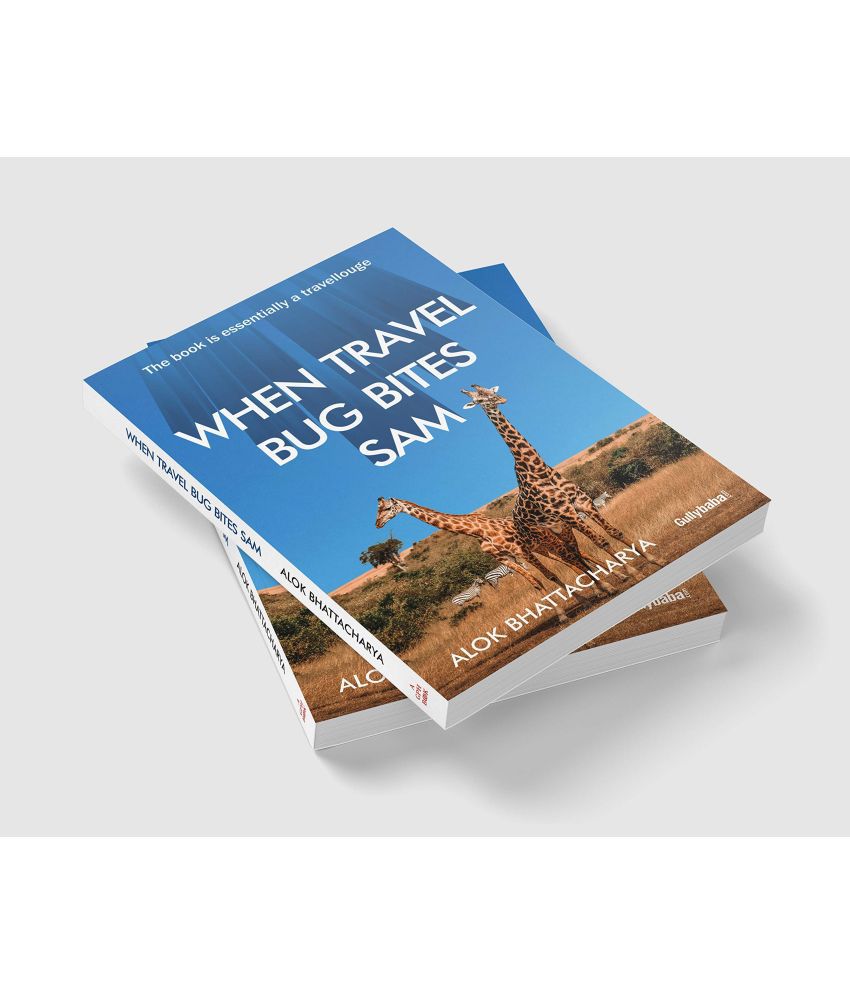 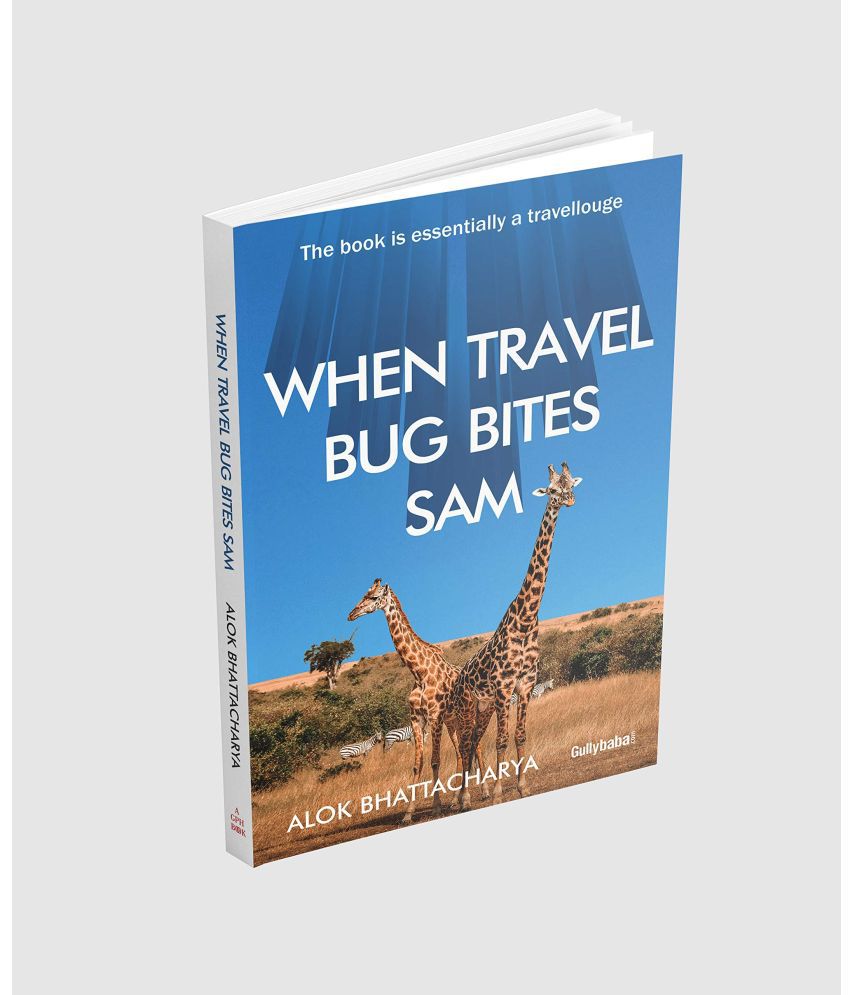 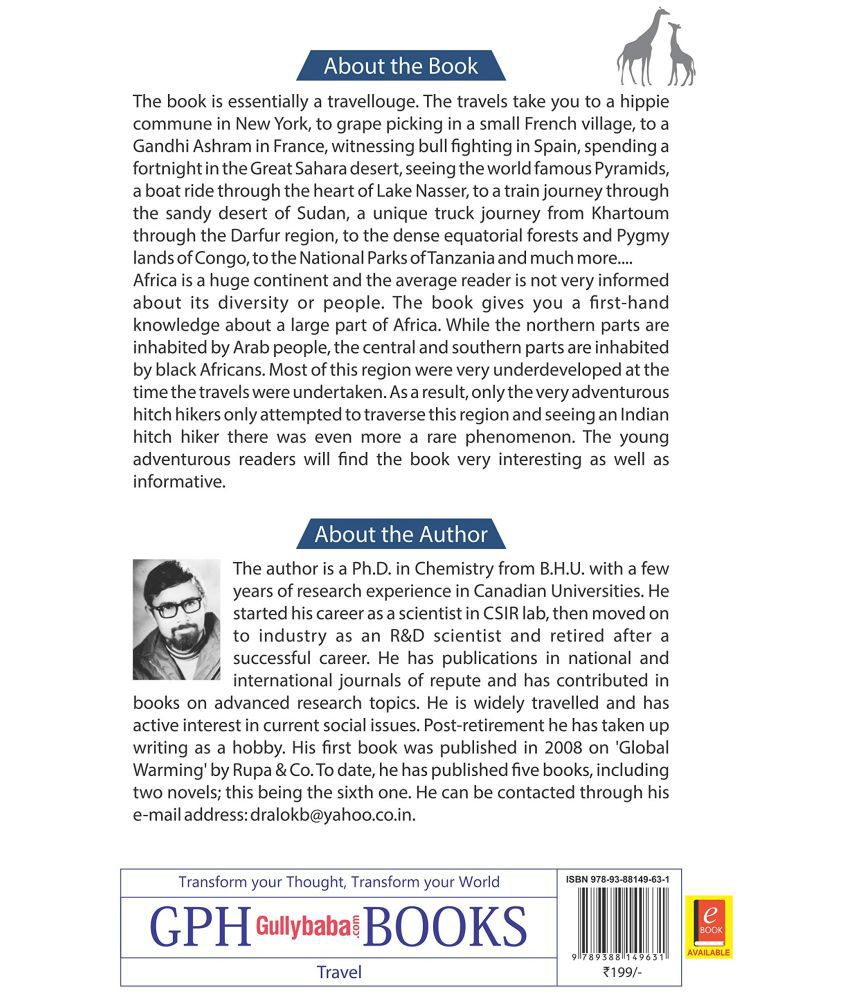 The book is essentially a travellouge. The travels take you to a hippie commune in New York, to grape picking in a small French village, to a Gandhi Ashram in France, witnessing bull fighting in Spain, spending a fortnight in the Great Sahara desert, seeing the world famous Pyramids, a boat ride through the heart of Lake Nasser, to a train journey through the sandy desert of Sudan, a unique truck journey from Khartoum through the Darfur region, to the dense equatorial forests and Pygmy lands of Congo, to the National Parks of Tanzania and much more....
Africa is a huge continent and the average reader is not very informed about its diversity or people. The book gives you a first-hand knowledge about a large part of Africa. While the northern parts are inhabited by Arab people, the central and southern parts are inhabited by black Africans. Most of this region were very underdeveloped at the time the travels were undertaken. As a result, only the very adventurous hitch hikers only attempted to traverse this region and seeing an Indian hitch hiker there was even more a rare phenomenon. The young adventurous readers will find the book very interesting as well as informative.

The author is a Ph.D. in Chemistry from B.H.U. with a few years of research experience in Canadian Universities. He started his career as a scientist in CSIR lab, then moved on to industry as an R&D scientist and retired after a successful career. He has publications in national and international journals of repute and has contributed in books on advanced research topics. He is widely travelled and has active interest in current social issues. Post-retirement he has taken up writing as a hobby. His first book was published in 2008 on 'Global Warming' by Rupa & Co. To date, he has published five books, including two novels; this being the sixth one. He can be contacted through his e-mail address: dralokb@yahoo.co.in.