Sorry! Wild Himalaya: A Natural History Of The Greatest Mountain Range On Earth is sold out. 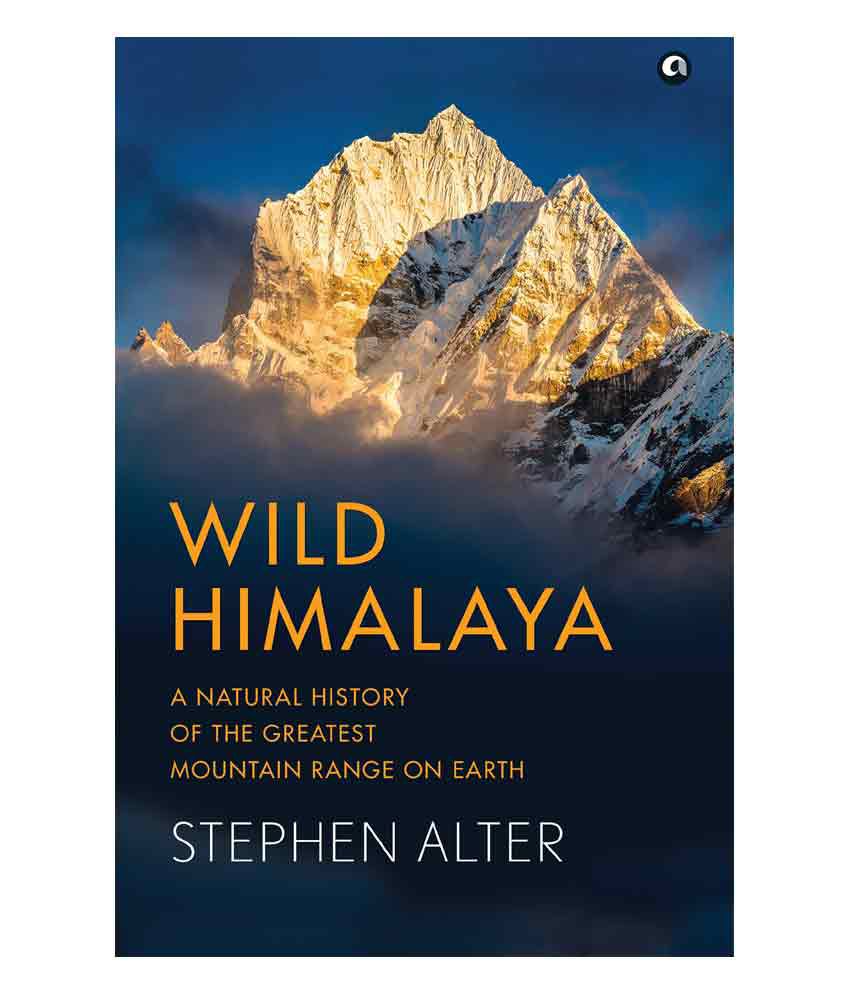 Wild Himalaya: A Natural History Of The Greatest Mountain Range On Earth

This product has been sold out
serviceCentreDetails
4.5 2 0 (4.5) 2 Ratings Have a question?
pay
Rs  577
We will let you know when in stock
notify me
Thank you for your interest

The Himalaya span a distance of roughly 2,500 kilometres in length and between 350 and 150kilometres in breadth, rising to a maximum height of almost 9 kilometres above sea level.In Wild Himalaya, award-winning author Stephen Alter brings alive the greatest mountainrange on earth in all its terrifying beauty, grandeur and complexity. Travelling to all the fivecountries that the Himalayan range traverses-India, Pakistan, Bhutan, Nepal and China-Alter braids together on-the-ground reports with a deep understanding and study of thehistory, science, geology, environment, flora, fauna, myth, folklore, spirituality, climate andhuman settlements of the region to provide a nuanced and rich portrait of these legendarymountains. Adding colour to the narrative are riveting tales unearthed by the author of someof the range's most storied peaks-Everest or Chomolungma, Kanchenjunga, Annapurna,Dhaulagiri, Nanga Parbat and others.The book is divided into eight sections which delve deep into particular aspects of theHimalaya. ‘Orogenesis' explores the origin, evolution, geology, geography and other suchcore aspects of these mountains; ‘The Third Pole' concerns itself with weather, glaciers,wetlands and rivers; ‘Flora Himalensis' details extraordinary Himalayan plants and trees;‘Winged Migrants' goes deep into the world of Himalayan birds and insects; in ‘MountainMammals' we cross high passes and go above the treeline in search of brown bears, bluesheep and snow leopards; ‘Ancestral Journeys' takes a close look at human settlement inthe Himalaya and stories of origin and migration, both ancient and contemporary; ‘At theEdge of Beyond' recounts epic adventures and great mountaineering feats; and, finally, ‘In aThousand Ages of the Gods' the author examines the essence of Himalayan art, folklore andmythology as well as enigmatic mysteries such as the existence of the Yeti, along with keyquestions of conservation.Although there have been hundreds of books, and some masterpieces, about one or theother aspect of the Himalaya, not one of them has come close to capturing the incrediblecomplexity and majesty of these mountains. Until now. In Wild Himalaya, Stephen Alter, whoconsiders himself an endemic species (having spent most of his life in these mountains),gives us the definitive natural history of the greatest mountain range on earth.

Stephen Alter is the author of twenty books of fiction and non-fiction. He wasborn in Mussoorie, Uttarakhand, and much of his writing focuses on the Himalayanregion, where he continues to live and work. His honours include a GuggenheimFellowship and a Fulbright award. His recent memoir, Becoming a Mountain: HimalayanJourneys in Search of the Sacred and the Sublime, received the Kekoo Naoroji Awardfor Himalayan Literature in 2015. His most recent work of fiction, In The Junglesof the Night: A Novel About Jim Corbett, was shortlisted for the DSC South AsianLiterature Award in 2017. He was writer-in-residence at MIT for ten years, beforewhich he directed the writing programme at the American University in Cairo. He isfounding director of the Mussoorie Mountain Festival.