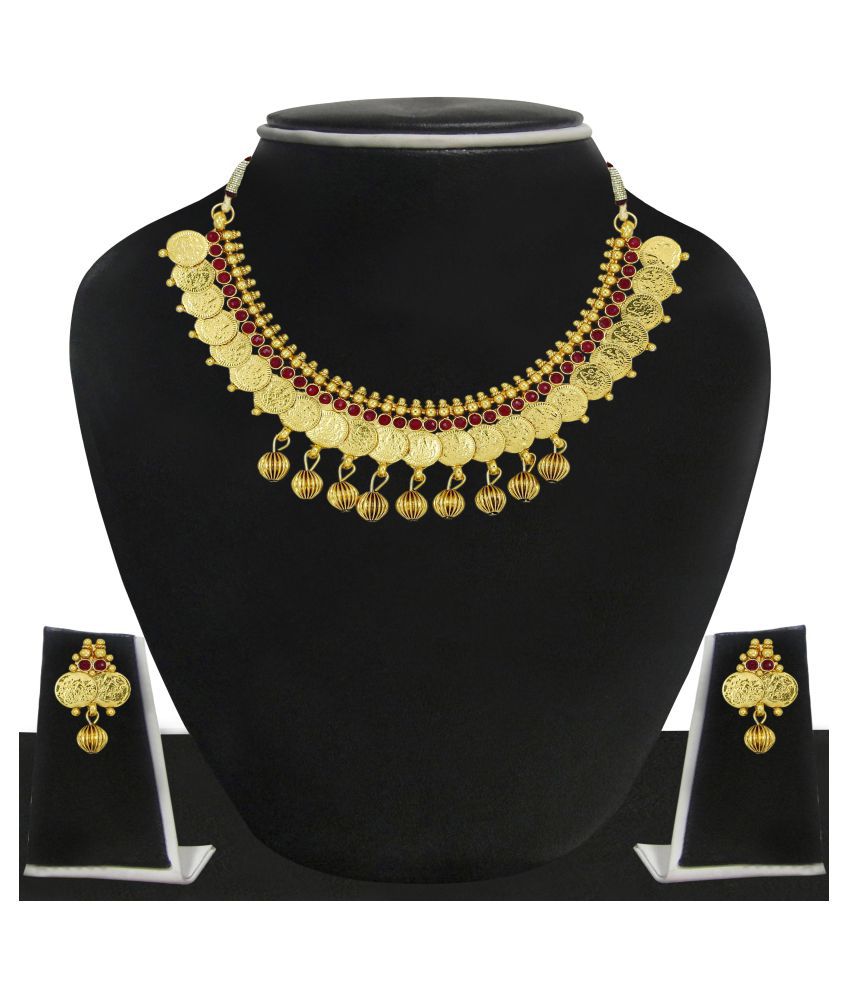 This product has been sold out
serviceCentreDetails
Be the first to review
Have a question?
pay
Rs  514
We will let you know when in stock
notify me
Thank you for your interest

Temple jewellery originated during the 12th century under the reign of chola dynasty in the south of india. sometimes, the temple jewellery is also adorned with stones called kemp stones. what makes the temple jewellery unique from the other jewelleries is the religious sentiment, it exhibits.temple jewelry by zaveri pearls is a very exclusive, labour intensive art form that both mesmerizes and tantalizes at one shot. temple jewellery was originally crafted to adorn the indian royalty who then donated them to temples, these were later worn by temple dancers and slowly, the designs became a part of the indian woman's bridal jewelry trousseau.the metal work that you see in temple jewelry pieces is extraordinary no doubt, but that is not what entices - what entices is the design the look of this jewellery. this type of jewellery design originated in the south of india and the indian jewellery designs that adorned the indian idols in temples were categorized as temple jewellery. this type of jewellery displays heavy use of gold look metal and displays patterns of idols, elephants and architectural designs  in a repetitive manner. carving handiwork on gold (nakkashi) is used in the creation of this jewellery. after adorning the idols these jewellery were displayed by the temple dancers and over a period of time it found its presence in the bridal trousseau. today,  the temple jewellery has become a distinct part of indian gold jewellery designs considered during wedding shopping.