Return form will be sent to your email Id:
Want this item in next 24 hours?
Get an instant SMS with a link to download the Snapdeal App
+91
Please Enter a Valid 10 Digit Number.
Yes, Send Me A Link To The App
GET SMS
SDL584763739
{"SDL584763739":null}
Home
217, 129, 3467, ,
/
Home Decoratives
/
Religion & Spirituality
/
Pooja Accessories
/
5 Face Rudraksha Mala, 5 Mukhi Mala,Natural Rudraksha Bead Mala
Compare Products
Clear All
Let's Compare!
Selection Error!
You have reached the maximum number of selection. You can select only upto 4 items to compare.
You have already selected this product.
OK
View Order 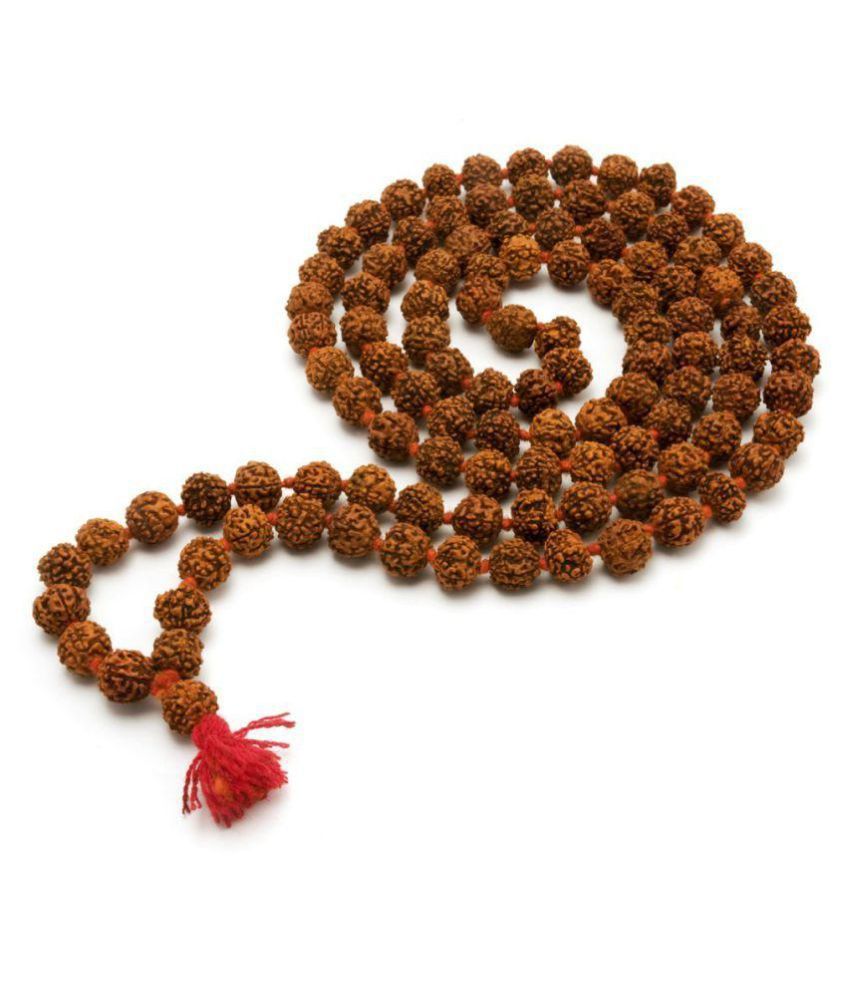 108 + 1 Beads in the mala Size of beads is 5mm to 6 mm Basic Mala for daily use All are Real and Natural Rudraksha This represents Lord Shiva, the symbol of auspiciousness. The wearer of five Mukhi mala gains health and peace. Five Mukhi Rudraksha monitors blood pressure and cardiac ailments. Five Mukhi mala is also used for Japa. By wearing the mala the wearer-s mind remains peaceful. There is no suspicion about the fact that the wearer of Five Faced Rudraksha mala never gets untimely death. Malefic effect of Jupiter is considered to cause lack of peace of mind, utter poverty, lack of harmony, diseases of fat, Kidney, thigh, ear, diabetes etc. Five Mukhi is therefore suggested to sublimate the malefic effects of Jupiter. Agni (fire) purifies the metals and similarly five faced Rudraksha rectifies all the vices and faults of Jeeva and makes him pure and Jeeva gains the form of Pashupati i.e. the Lord of all creatures after becoming free from the animal instincts. By wearing its mala the wearer's mind remains peaceful. A mala of five face Rudraksha is also worn. It keeps the blood pressure normal.