Return form will be sent to your email Id:
Want this item in next 24 hours?
Get an instant SMS with a link to download the Snapdeal App
+91
Please Enter a Valid 10 Digit Number.
Yes, Send Me A Link To The App
GET SMS
SDL599415075
{"SDL599415075":null}
Home
364, 378, 4480, ,
/
Books
/
Hobby & Craft Books
/
Music, Films & Entertainment Books
/
A Southern Music
Compare Products
Clear All
Let's Compare!
Selection Error!
You have reached the maximum number of selection. You can select only upto 4 items to compare.
You have already selected this product.
OK
View Order 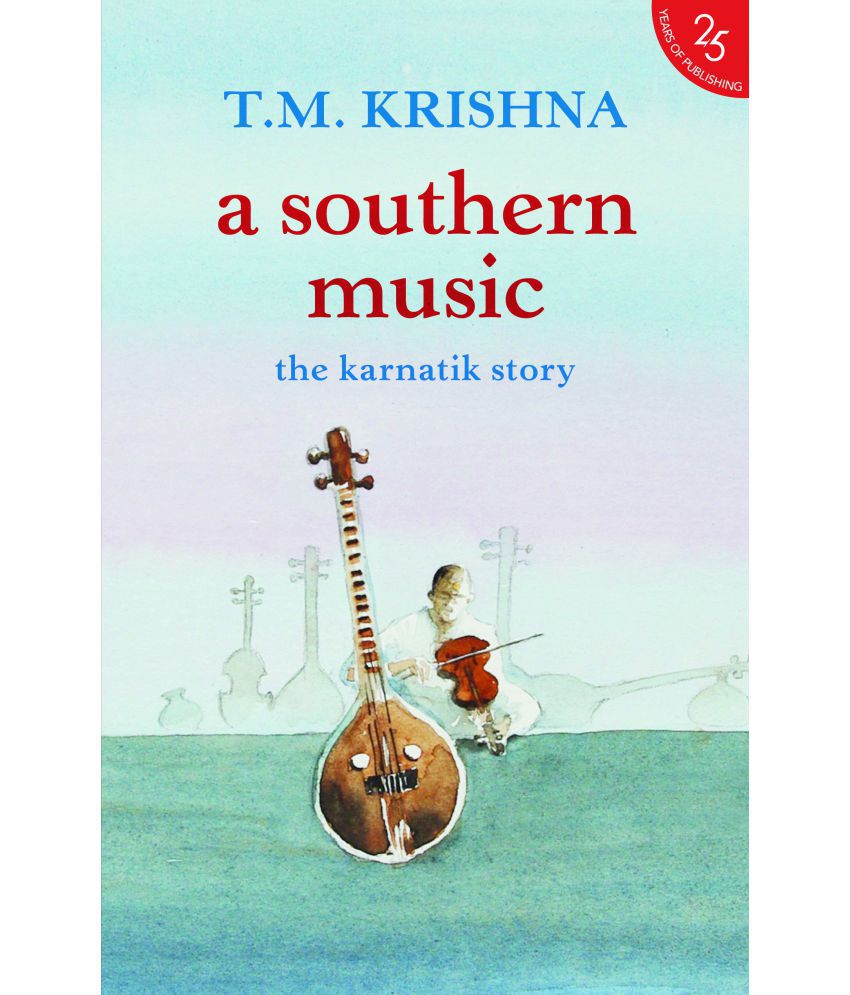 T.M. Krishna, one of the foremost Karnatik vocalists today, begins his panoramic exploration of that tradition with a fundamental question: what is music? Taking nothing for granted and addressing diverse readers from Karnatik music’s rich spectrum and beyond it, Krishna provides a path-breaking overview of south Indian classical music.\nHe advances provocative ideas about various aspects of its practice. Central to his thinking is the concept of ‘art music’, the ability to achieve abstraction, as the foundational character of Karnatik music. In his explorations, he sights the visible connections and unappreciated intersections between this music form and others – Hindustani music, Bharatanatyam, fusion music and cine music – treading new, often contentious, ground.\nA Southern Music seeks to retrace the sources of Karnatik music even as it reflects on its self-renewing vitality today. To that end, Krishna examines a number of issues that Karnatik music must face up to: questions of gender and caste, the role of religion and of lyrics inspired by devotional sentiments, the diaspora and its relationship with ‘classical’ music, technology. Unquestionably the definitive book on Karnatik music.\n

As a vocalist in the Karnatik tradition, Thodur Madabusi Krishna’s musicality eludes standard analyses. Uncommon in his rendition of music and original in his interpretation of it, Krishna is at once strong and subtle, manifestly traditional and stunningly innovative. \n\nAs a public intellectual, Krishna speaks and writes about issues affecting the human condition and about matters cultural. Krishna has started and is involved in many organizations whose work is spread across the whole spectrum of Karnatik music, including research, archiving and documentation, and has co-authored Voices Within: Carnatic Music – Passing on an Inheritance, a book dedicated to the greats of Karnatik music. He is the driving force behind the Urur-Olcott Kuppam Festival and the Svanubhava initiative, and has been part of inspiring collaborations, such as the Chennai Poromboke Paadal with environmentalist Nityanand Jayaraman, performances with the Jogappas (transgender musicians) and bringing on to the concert stage the poetry of Perumal Murugan. In 2016, Krishna received the Ramon Magsaysay Award in recognition of 'his forceful commitment as artist and advocate to art’s power to heal India’s deep social divisions'.\n