Return form will be sent to your email Id:
Want this item in next 24 hours?
Get an instant SMS with a link to download the Snapdeal App
+91
Please Enter a Valid 10 Digit Number.
Yes, Send Me A Link To The App
GET SMS
SDL926743465
{"SDL926743465":null}
Home
364, 384, 4505, ,
/
Books
/
Philosophy Books
/
History & Surveys Books
/
A Thousand Splendid Suns (Paperback, Khaled Husaini)
Compare Products
Clear All
Let's Compare!
Selection Error!
You have reached the maximum number of selection. You can select only upto 4 items to compare.
You have already selected this product.
OK
View Order 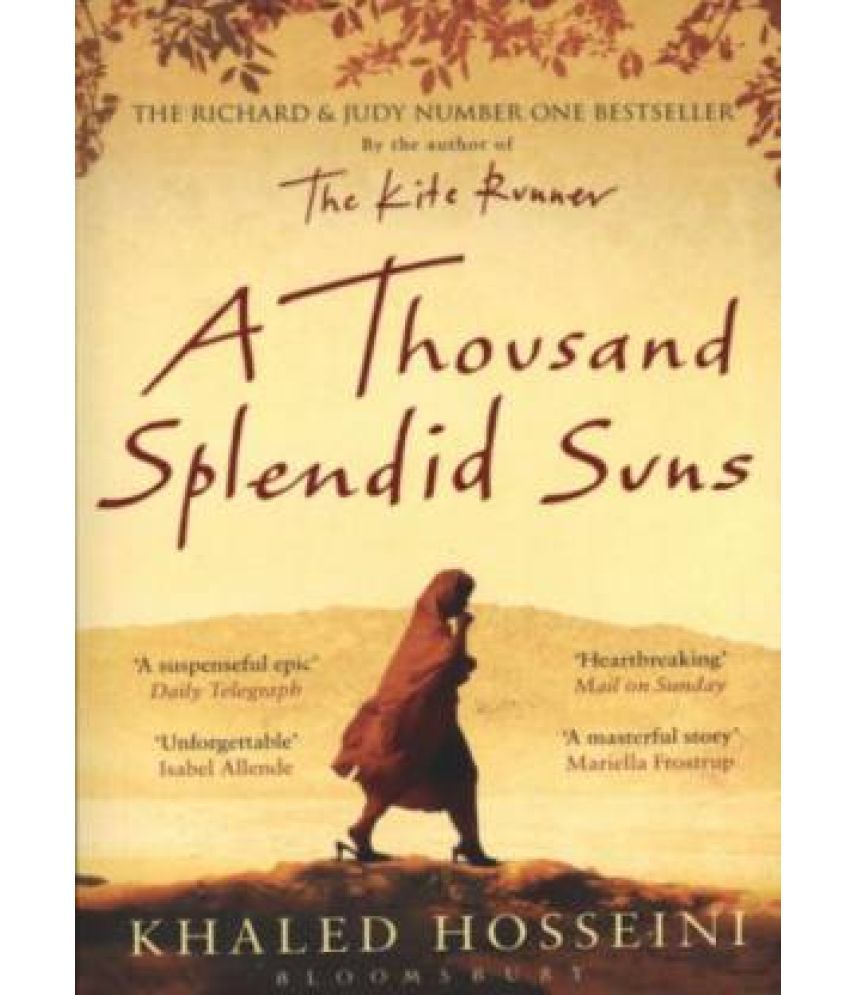 
This book tells us a breathtaking story of the unstable events that happened in Afghanistan over the last thirty years - from the Soviet invasion to the reign of the Taliban and post-Taliban rebuilding. It recounts a tale of two generations of characters who are brought together by the dire consequences of war where their personal lives are entangled in the history playing out around them.


Before turning into a full-time writer, Afghan-born American novelist Khaled Hosseini was a physician. It was Hosseini’s debut book The Kite Runner, which was set in Afghanistan and featured an Afghan as the protagonist, which brought him fame and urged him to retire from medicine to pursue writing. Apart from The Kite Runner, Khaled Hosseini has written three other books - A Thousand Splendid Suns (2007), And the Mountains Echoed (2013), and Sea Prayer (2018). Currently, he lives with his wife and two children in Northern California.