Return form will be sent to your email Id:
Want this item in next 24 hours?
Get an instant SMS with a link to download the Snapdeal App
+91
Please Enter a Valid 10 Digit Number.
Yes, Send Me A Link To The App
GET SMS
SDL349545694
{"SDL349545694":null}
Home
364, 366, 4423, 46105644, ,
/
Books
/
Academic Texts
/
Engineering Books
/
Mechanical Engineering Books
/
Air to Ground
Compare Products
Clear All
Let's Compare!
Selection Error!
You have reached the maximum number of selection. You can select only upto 4 items to compare.
You have already selected this product.
OK
View Order 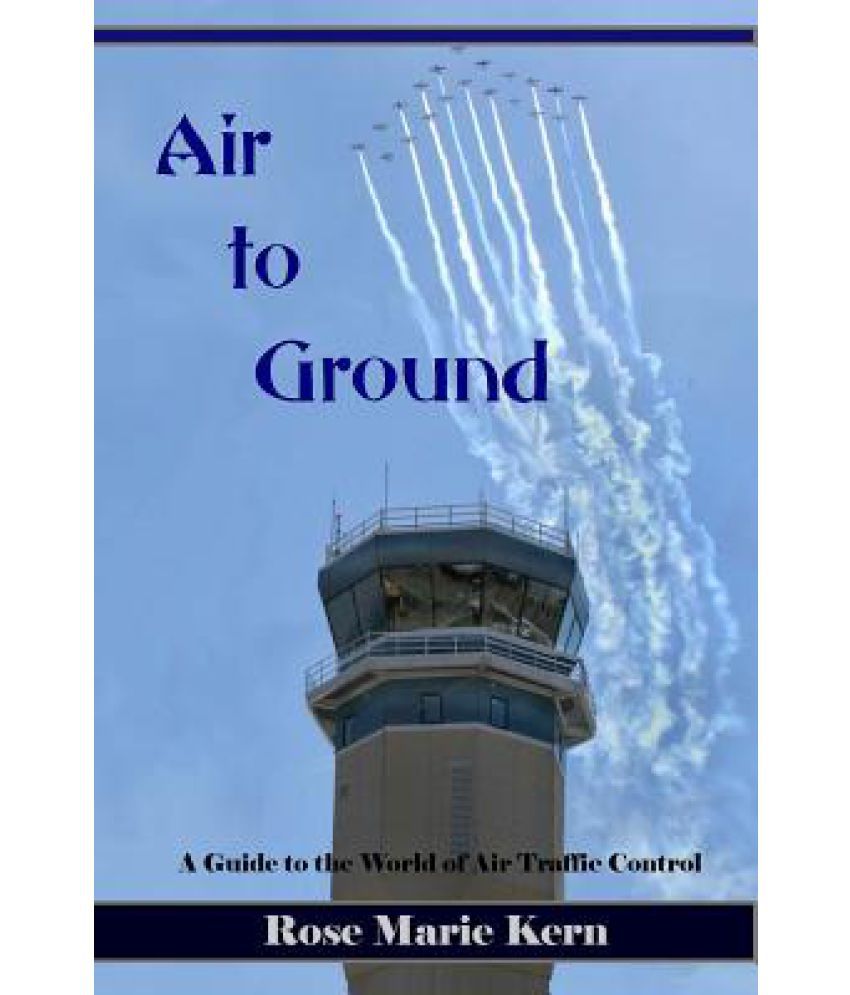 Air to Ground contains current and historical data on the National Airspace System, the Air Traffic Control System, and aviation weather in a way that is friendly, easily readable and understandable to even the most novice pilot. It is not meant to replace the government's directives, but to supplement them.

An Air Traffic Control specialist for over 26 years, first with the Federal Government and more lately with
Lockheed Martin, Rose Marie Kern writes articles for 17 different aviation magazines and newsletters and is a popular speaker for pilot associations in the southwest. The book she is writing, Air to Ground, gives pilots a glimpse into the cold corridors of Air Traffic, and allows them insights into the people who work in an environment so critical to their own.

The FAA for the most part is a faceless entity dictating orders which pilots must follow to keep our nation's skies safe. For over eleven years Rose has written monthly articles for many national and regional pilot magazines which provide easy understanding as to how the Air Traffic system works, and gives insights into the people and facilities pilots talk to every day.

Rose's book, Air to Ground compiles information from those articles useful to both student pilots and aviators who have long enjoyed soaring along highways in the sky. She shares both practical and humorous insights as well as glimpses into the bigger picture of Air Traffic Control.

At this time the only real information the pilot has about air traffic comes in the form of government directives and orders, written in stilted language that tells the pilot what he has to do, but not why. They do not tell the pilot how their actions are welded into a pattern that affects all the other pilots.

Intermingled with the technical information are stories and snippets of humor collected over the last 33 years.
These little bits exemplify what happens in the Air Traffic workplace when the microphone is not keyed, humanizing
the disembodied voices the pilots hear.

"Air to Ground" is a phrase used to describe the frequencies used by the pilots when they speak to Air Traffic.

The book, Air to Ground, appeals to pilots, airport managers and the air traffic personnel who work in the U.S.
and will greatly enhance the pilot's understanding of the National Airspace System, its procedures, and the people
whose job it is to provide for the safe and efficient flow of Air Traffic.

Air to Ground contains current and historical data on the National Airspace System, the Air Traffic Control
System, and aviation weather in a way that is friendly, easily readable and understandable to even the most novice pilot. It is not meant to replace the government's directives, but to supplement them.

The book includes information on:

Although there are a few books that talk about Air Traffic on the market, no other book approaches the pilot from this perspective, it fills a vacancy long overlooked.

service was privatized in 2005, she continued working at Albuquerque Flight Service under the management of Lockheed Martin. "I enjoy the pilots I work with, and will spend extra time with students so that they can start out their relationship with the Air Traffic System in a positive manner." Though she had been writing articles related to the environment for various magazines, she did not begin writing in her primary field of aviation until January of 2006. At this time she has columns in 9 monthly and 3 quarterly publications, as well as 4 online aviation websites. Rose is a popular speaker and has given presentations for Embry Riddle Aeronautical University, the NM Airport Managers Association, The Albuquerque Aerostat Association, and several pilot groups.

1. There is no doubt that Rose can disperse words from the FAA in a manner which pilot's understand. It is important to realize that there is a vast abyss between the FAA Regs and the average pilot. What we have through Rose is the catalyst with which to convert and provide a bridge between the FAA regs and pilots. She does it with such class and explicit common sense. Ralph McCormick, Managing Editor Fly-Low Magazine