Return form will be sent to your email Id:
Want this item in next 24 hours?
Get an instant SMS with a link to download the Snapdeal App
+91
Please Enter a Valid 10 Digit Number.
Yes, Send Me A Link To The App
GET SMS
SDL562114962
{"SDL562114962":null}
Home
516, 46138845, 517, ,
/
Movies & Music
/
Movies & Entertainment
/
Hollywood Movies
/
Alexander and the Terrible, Horrible, No Good, Very Bad Day - Blu-ray (English)
Compare Products
Clear All
Let's Compare!
Selection Error!
You have reached the maximum number of selection. You can select only upto 4 items to compare.
You have already selected this product.
OK
View Order 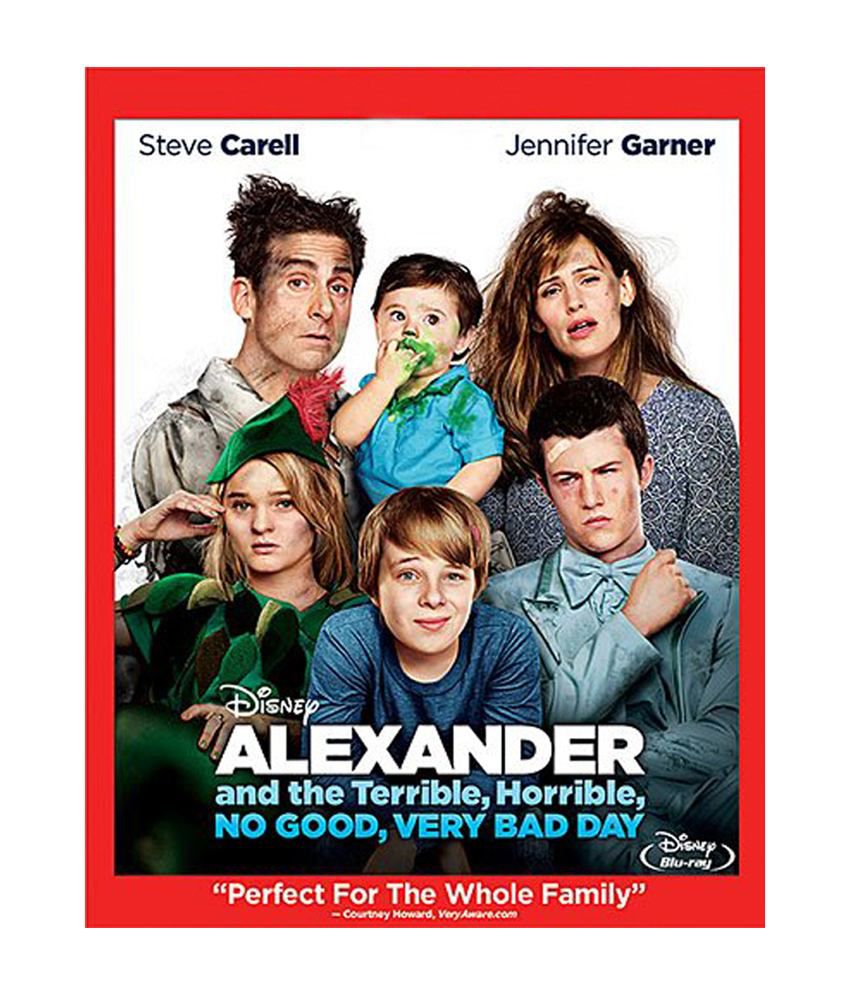 Alexander and the Terrible, Horrible, No Good, Very Bad Day is a family comedy film released on October 10, 2014. It is directed by Miguel Arteta from a screenplay written by Rob Lieber. The film stars Steve Carell, Jennifer Garner, Ed Oxenbould, Dylan Minnette, Kerris Dorsey and Bella Thorne. The movie is based on Judith Viorst and Ray Cruz's 1972 children's book of the same name. In the movie, Alexander's day begins with gum stuck in his hair and followed by many more calamities. He then finds how his mom, sister and brother also live through their own terrible, horrible, no good, very bad day. Audio Format: Dolby. Aspect Ratio: Anamorphic. Region: DVD or Blu Ray: ABC