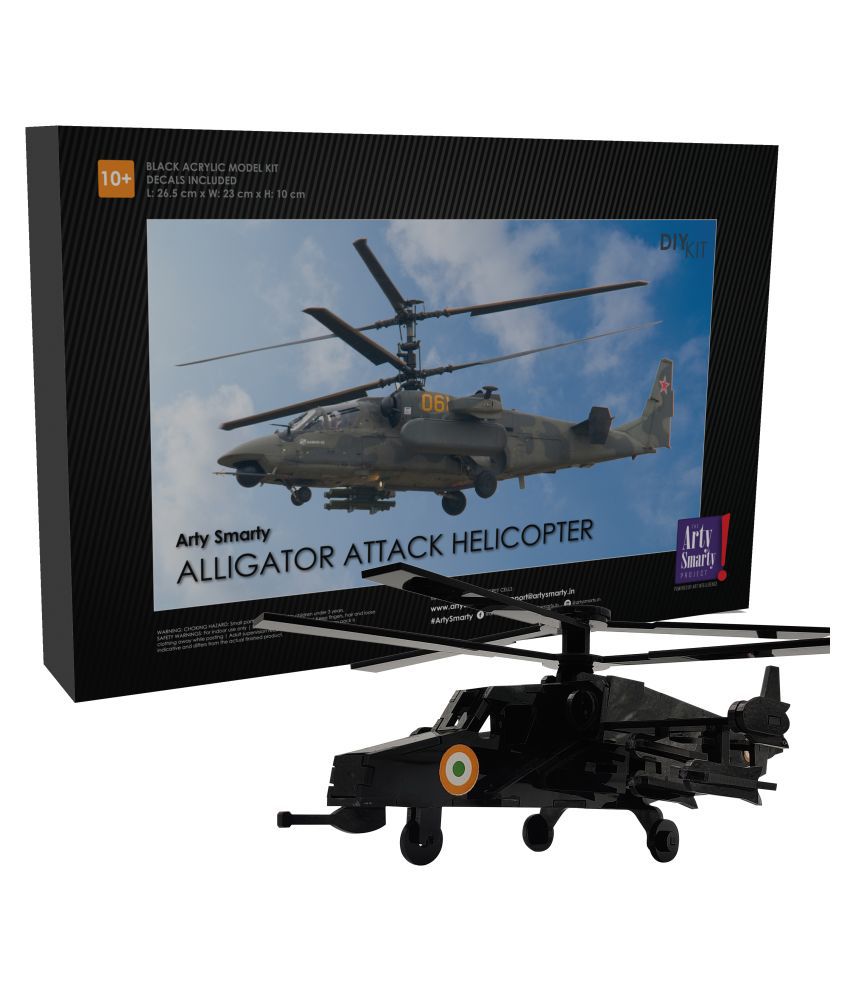 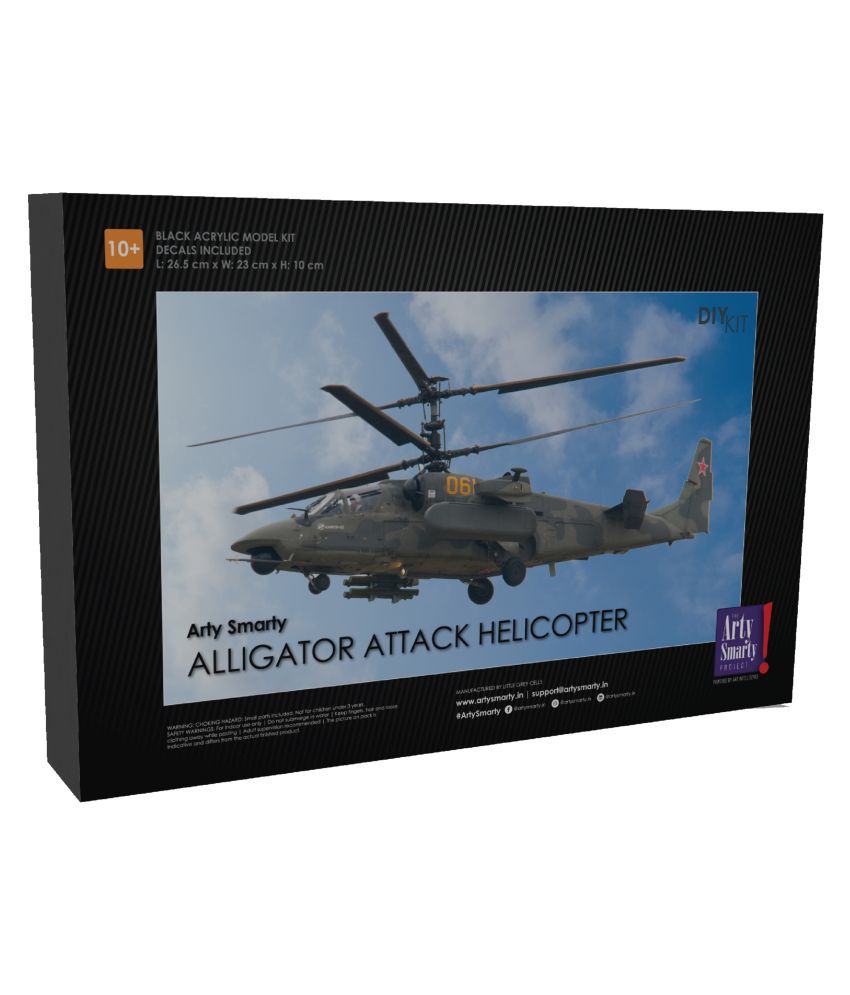 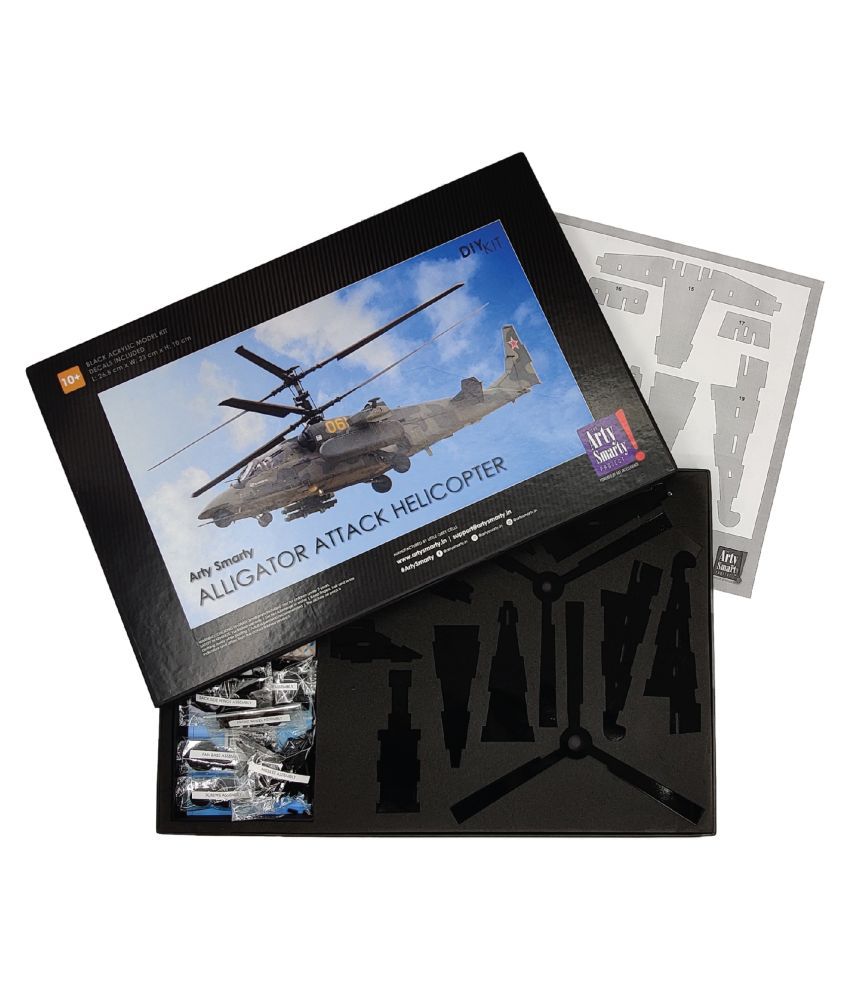 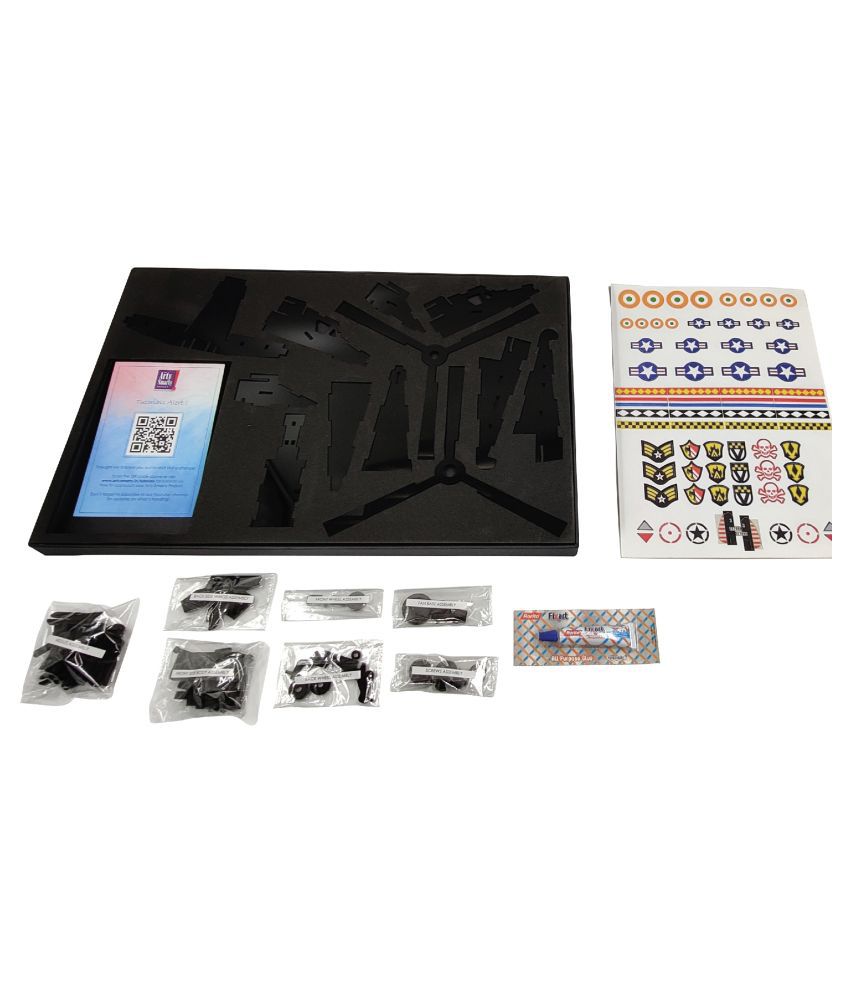 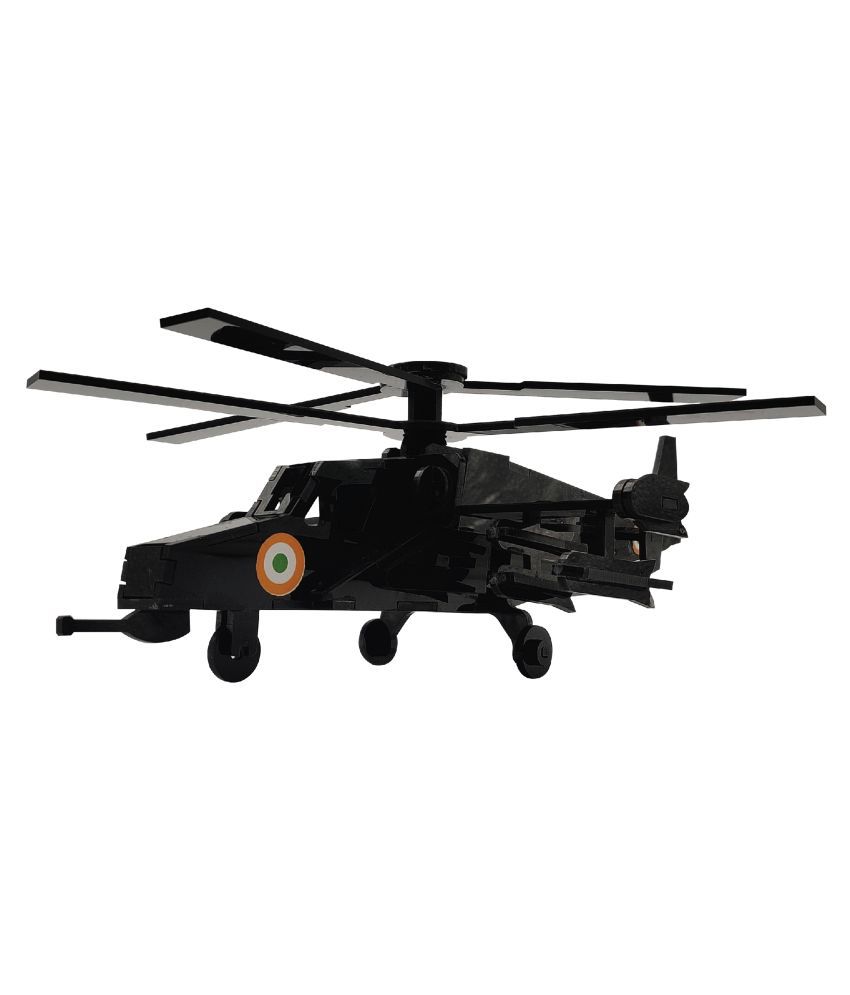 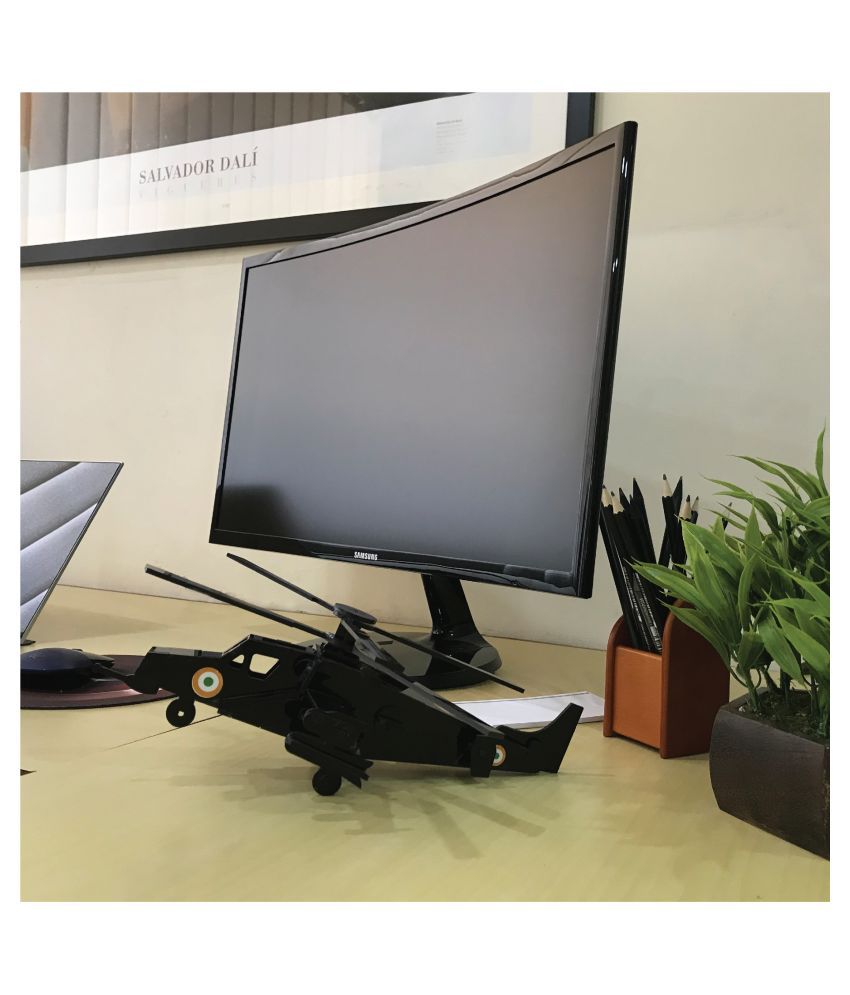 This product has been sold out
serviceCentreDetails
Be the first to review
Have a question?
pay
Rs  1,799
We will let you know when in stock
notify me
Thank you for your interest

The Alligator helicopter can destroy enemy armoured and unarmoured ground targets, low-speed aerial targets and personnel at the frontline and in tactical depth. It is also deployed as a surveillance platform and aerial command post for a group of attack helicopters.

Build yourself a sleek, stylish masterpiece!

The Arty Smarty Alligator Attack Helicopter model, composed of Black Acrylic precision cut pieces, forms a perfect showpiece for a desk or side table or a hanging display in a room.

A step-by-step instruction video ensures that putting the model together is easy, unlike most DIY kits with printed instruction sheets (which are difficult to comprehend because they show the 3D parts in 2D).