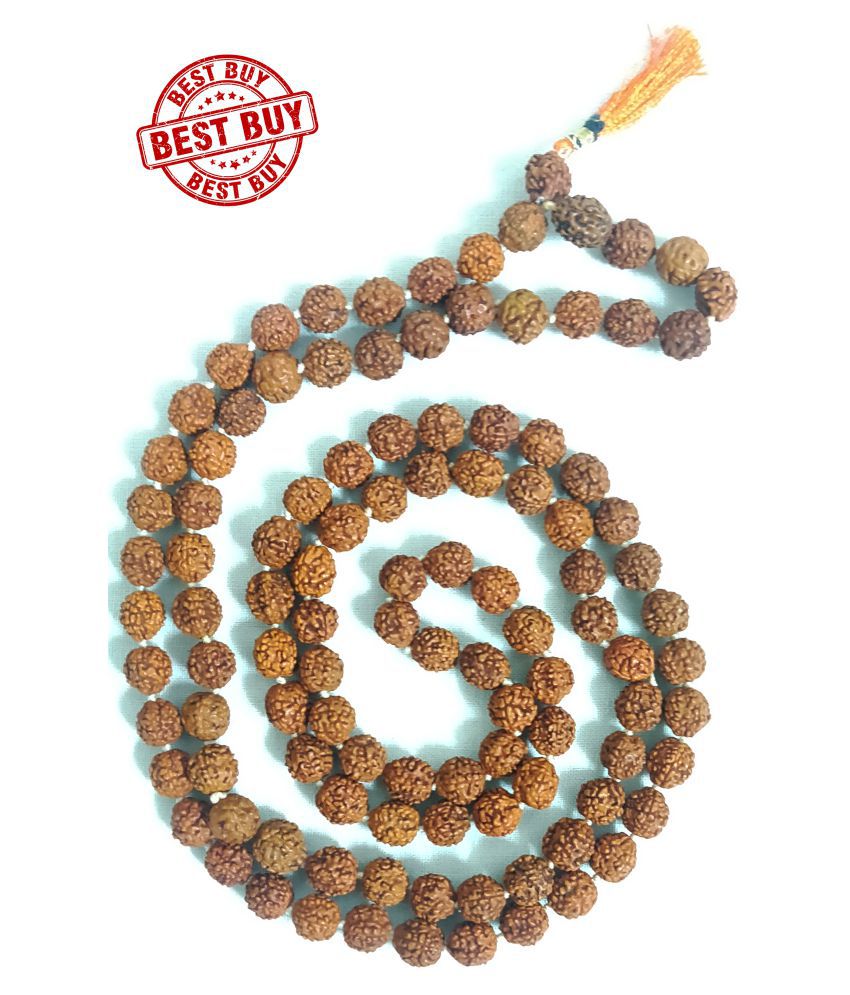 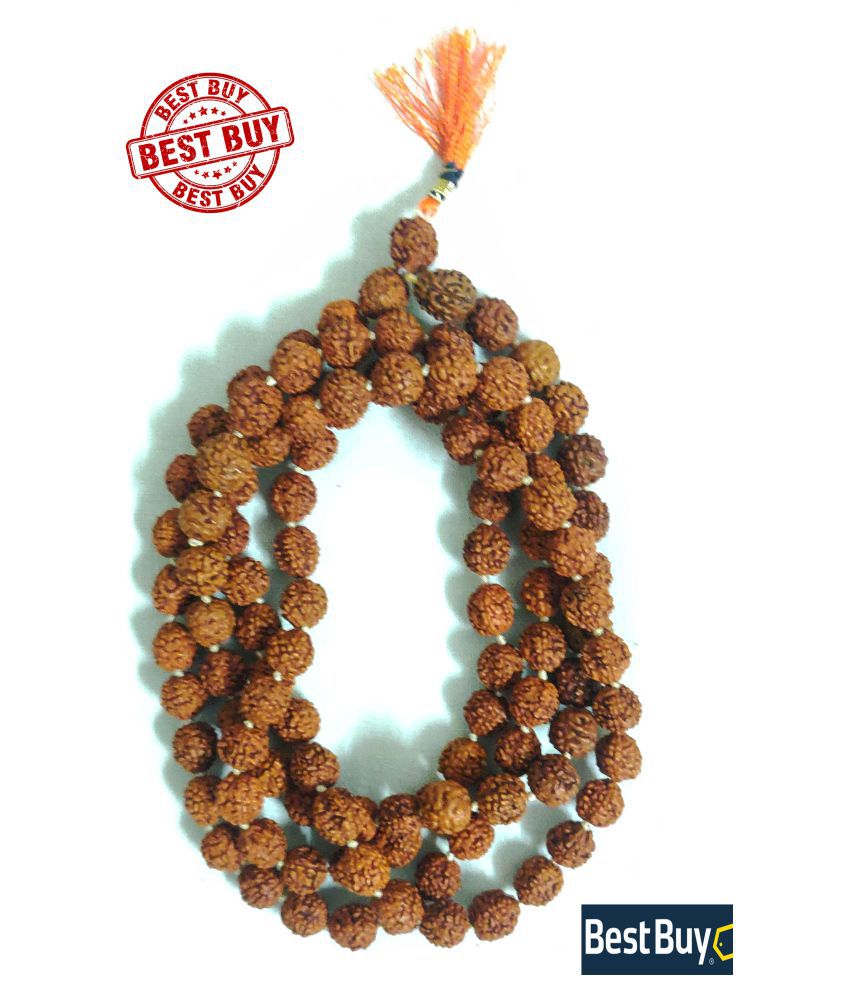 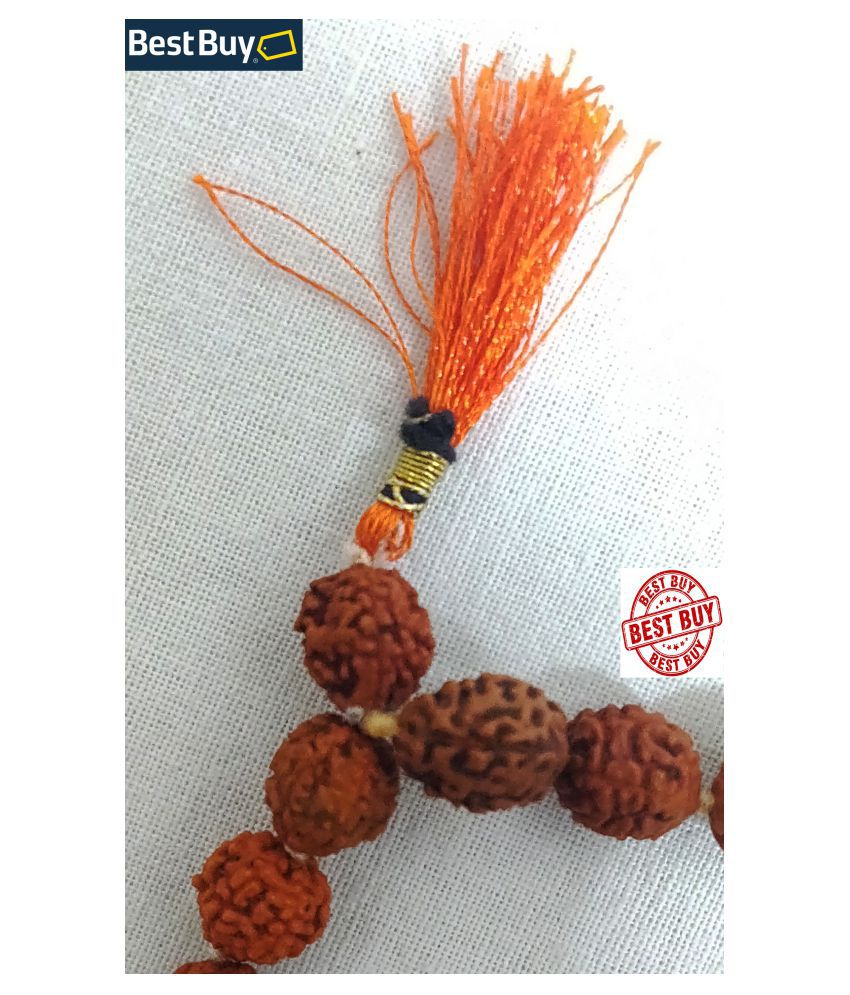 BEST Buy Sidh Shri Divya Alokik 5 Mukhi (5 Face) Rudraksha Japa/Wear Mala (108+1)Beads 100% Real & Genuine 5 Mukhi (Panch Mukhi) Original Rudraksha Mala made of Rudraksha Mala. This Rudraksha Mala has 108 + 1 Mala of 5 Mukhi Rudraksha. This Rudraksha Mala can be used by all men, women and teens for daily wear or chanting mantras. Pearls are large which also makes the chanting of mantras good. Five Mukhi Rudraksha: It represents Kalagni. This extremely auspicious Rudraksha is important for those who want to awaken their Higher Self which means Upaguru. The garland of the sacred Rudraksha has been worn by sages and yogis since ancient times, which has deep significance and is considered a divine treasure. The rosary of the sacred Rudraksha is made from the seeds of the Rudraksha tree and ancient texts. Rudraksha is associated with Shiva. Rudraksh is a Sanskrit compound word that includes Rudra (Sanskrit: Rudra) and Akka (Sanskrit: अक्ष). Rudra is one of the Vedic names of Shiva and Aka means 'teardrop'. Thus, the name means "Lord Rudra's tearful stream". The rosary of Rudraksha consists of 108 beads, as 108 is considered sacred and the appropriate time to recite a short mantra. The additional bead, called the "meru", the point or the "guru bead", helps to mark the beginning and end of the cycle of 108 and has symbolic value in the form of a 'principle' bead. Siddha Mala is the best for all zodiac signs. Rudraksha, the most famous esoteric abhisheka of spiritual seekers, has been used extensively since time immemorial. This Panchamukhi (five faced) Rudraksha Mala helps in one's spiritual development. Botanically known as Elyocarpus ganitrus, Rudraksh is the dried seed of a tree that grows in select locations of South-East Asia, mainly in the Upper Himalayan Mountains. A Rudraksha Mala is made with the auspicious number of 108+1 bead, the +1 bead is called the Sumeru and it is not supposed to be crossed while chanting mantra. You can use your Mala to wear on your body for protection, blessings, good fortune, health and well-being, and for spiritual evolution. Many people wear the Guru bead at the top of the Mala behind the neck to represent the Divine or the Guru as the highest state of Awareness. As well, you can use the Mala as it is traditionally used for meditation and Japa (chanting mantra repetitively). When using your Mala for Japa purposes, we hold the Mala with our right hand only, and we can use our thumb, ring finger and middle finger to move from one bead to the next as though we are 'guiding' the beads towards us,the index and little finger are considered as inauspicious for touching the Mala when used for Japa purposes.) Most Rudraksha Malas- unless specifically made otherwise- use 5-faced or 5 Mukhi Rudraksha beads, which represent Shiva or the Absolute. It has many benefits and properties. The 5 Face Rudraksha Mala is great for one's health. It is also said to gain fame, peace and prosperity, dissolves karma and fear. It is also used for Spiritual Evolution.