Return form will be sent to your email Id:
Want this item in next 24 hours?
Get an instant SMS with a link to download the Snapdeal App
+91
Please Enter a Valid 10 Digit Number.
Yes, Send Me A Link To The App
GET SMS
SDL862986737
{"SDL862986737":null}
Home
364, 365, 46102000, ,
/
Books
/
Fiction Books
/
Action, Adventure & Thriller Books
/
Byculla To Bangkok- Marathi Paperback (English)
Compare Products
Clear All
Let's Compare!
Selection Error!
You have reached the maximum number of selection. You can select only upto 4 items to compare.
You have already selected this product.
OK
View Order 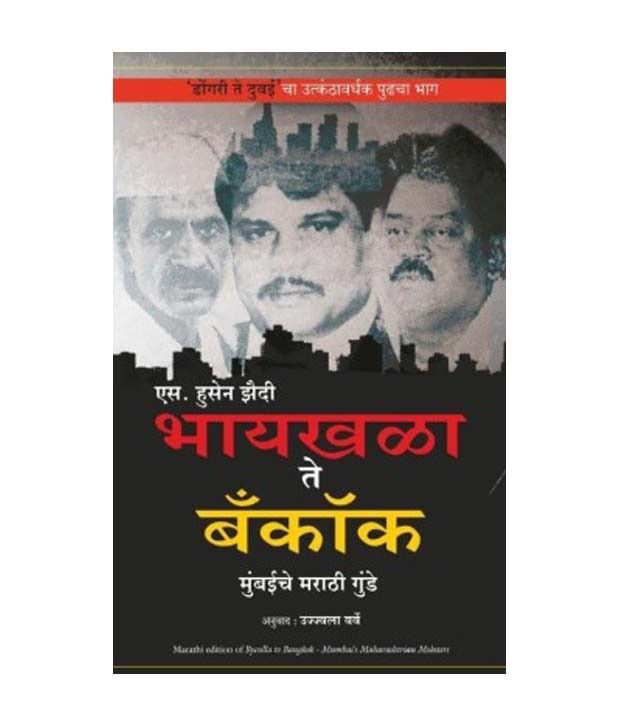 
Byculla to Bangkok, published by Manjul in 2014, is written by the famous investigative journalist, S. Hussain Zaidi. It is the sequel to his very successful first attempt at Mumbai mafia through Dongri to Dubai.


Byculla to Bangkok- Marathi is a continuation from Dongri to Dubai. Although, unlike its predecessor, this book talks about the smaller pawns of the Mumbai Mafia than Dawood Ibrahim Kaskar himself. Some names would be Arun Gawli, Ashwin Naik, and Chotta Rajan among others. His book is very articulate in describing how social evils like revenge build a retaliatory motive in every person. One revenge sows its seeds, the follows bribery, extortion, deaths and finally the growth of organized crime in its heart of the country: Mumbai.

Later on, when the gangster himself was operating from outside of India, these pawns have been very functional in the working of the D-Company. Although, this book is not only about the friends of Dawood but also foes which also have been functional in their own little way. The inability of presenting a detailed picture of the side-lined gangsters in Dongri to Dubai led Zaidi to write Byculla to Bangkok- Marathi.


S. Hussain Zaidi is one of the most famous investigative journalists in the field of crime and terror. He is the associate producer of the HBO movie, Terror in Mumbai. Apart from Dongri to Dubai and Byculla to Bangkok, Zaidi's other books includes Headly and I, Black Friday. He is currently the resident editor of Deccan Chronicle and Asian Age.