Return form will be sent to your email Id:
Want this item in next 24 hours?
Get an instant SMS with a link to download the Snapdeal App
+91
Please Enter a Valid 10 Digit Number.
Yes, Send Me A Link To The App
GET SMS
SDL832635667
{"SDL832635667":null}
Home
217, 129, 3467, ,
/
Home Decoratives
/
Religion & Spirituality
/
Pooja Accessories
/
Certified 100% 5MUKHI RUDRAKSHA MALA Wood Necklace
Compare Products
Clear All
Let's Compare!
Selection Error!
You have reached the maximum number of selection. You can select only upto 4 items to compare.
You have already selected this product.
OK
View Order 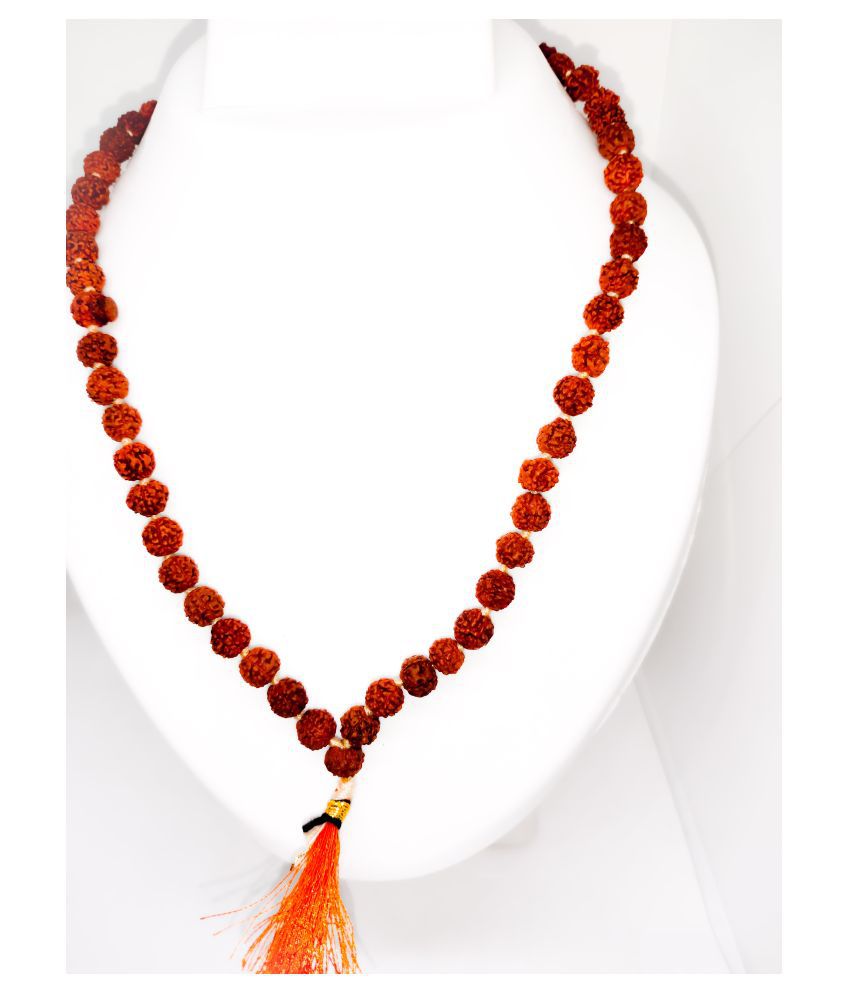 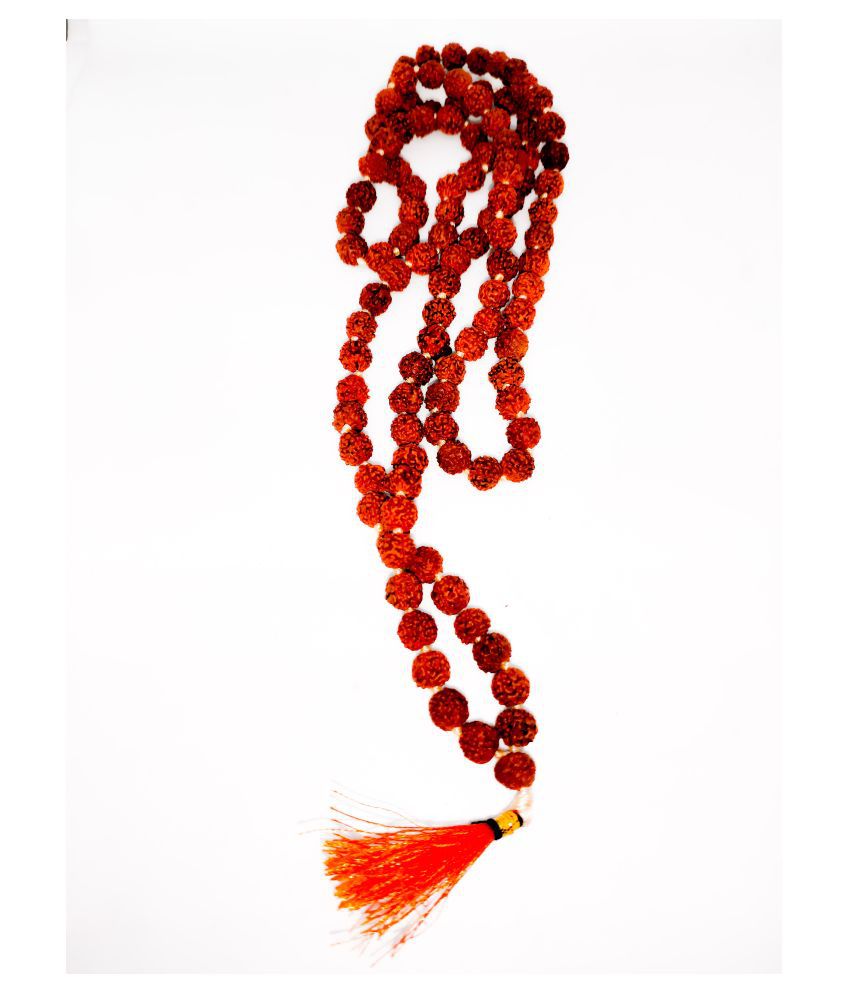 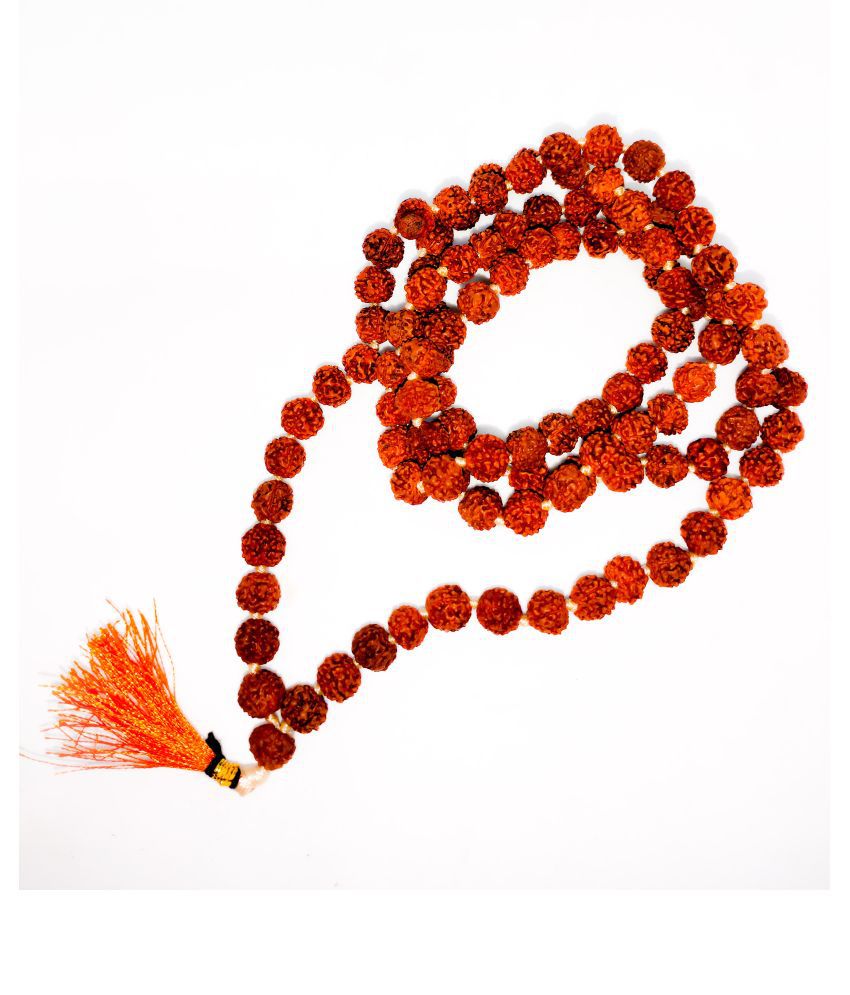 Rudraksha term is used both for the berries themselves and as a term for the type of mala made from them. There is a long tradition of wearing Rudraksha beads in India, particularly among Shaivism, due to their association with Lord Shiva. Lord Shiva himself wears Rudraksha garlands. Om Namah Shivaya mantra is repeated using the rudraksha beads.Rudraksha malas have been used by Hindus as rosaries from at least the 10th century for meditation purposes and to sanctify the mind, body and soul. Rudraksha beads may be strung together as a mala and used to count the repetition of a mantra or prayer, similar to the use of rosaries in Christianity. Most garlands contain 108 beads plus one, as 108 is considered sacred and a suitable number of times to recite a short mantra. The extra bead, called the "Meru", bindu or "guru bead", helps mark the beginning and end of a cycle of 108, as well as having symbolic value as a 'principle' bead. While counting the mala the meru should not be overtaken but when meru is reached then mala is recited in reverse order. Recitation should be done after covering the mala and it should not touch the ground. After recitation mala should be kept in cotton bag. Rudraksha mala's usually contain beads in following combination: 27+1, 54+1 or 108+1. 54+1 needs to be recited twice for one complete round. 27+1 needs to be recited four times for one complete round. It is possible to carry a single seed or several seeds strung on the same thread. Devi-Bhagavata Purana describes preparation of rudraksha mala. Rudraksha till 14 mukhi found reference in Shiva Purana, Padma Purana, Devi-Bhagavata Purana, Skanda Purana etc.The beads are commonly strung in silk or in a black or red cotton thread.