Return form will be sent to your email Id:
Want this item in next 24 hours?
Get an instant SMS with a link to download the Snapdeal App
+91
Please Enter a Valid 10 Digit Number.
Yes, Send Me A Link To The App
GET SMS
SDL708624312
{"SDL708624312":null}
Home
516, 46138845, 517, ,
/
Movies & Music
/
Movies & Entertainment
/
Hollywood Movies
/
Chef or The Hundred Foot Journey - DVD (English)
Compare Products
Clear All
Let's Compare!
Selection Error!
You have reached the maximum number of selection. You can select only upto 4 items to compare.
You have already selected this product.
OK
View Order 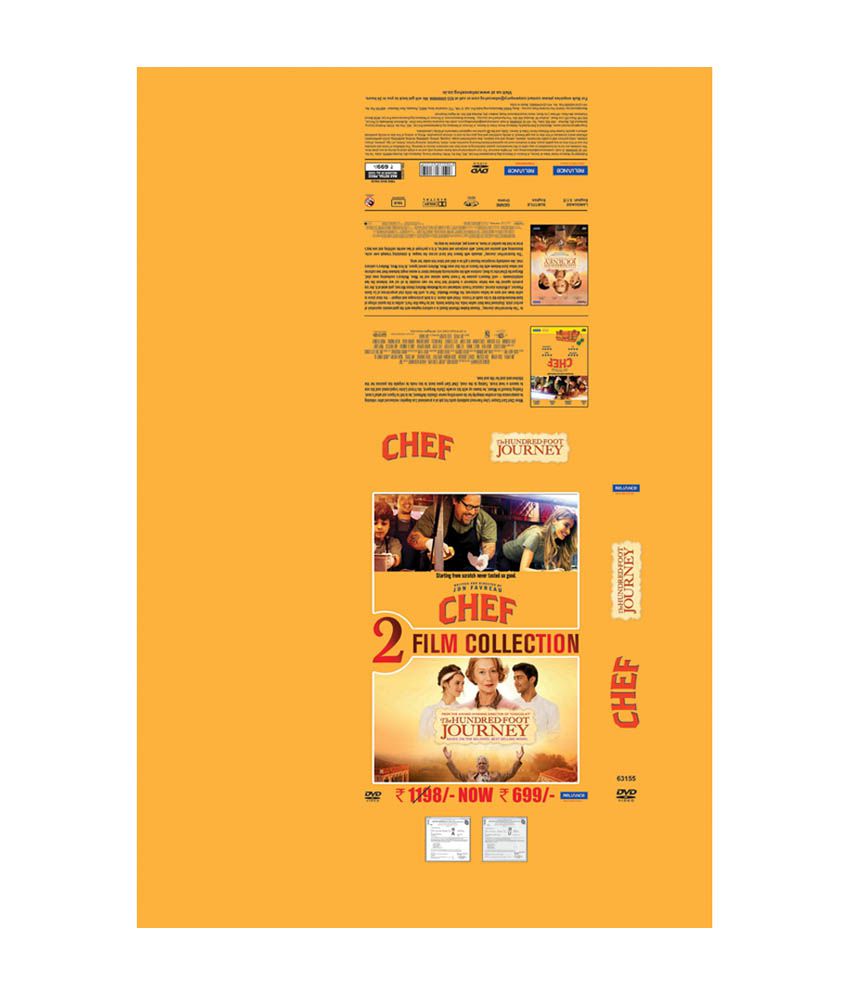 Chef and The Hundred Foot Journey are worth a watch. Chef is a 2014 American comedy drama film. It revolves around the hilarious events that occur when a professional chef who, after a public altercation with a food critic, quits his job returns to his home town of Miami to fix up a food truck. This film stars Jon Favreau, Scarlett Johansson, Sofia Vergara, John Leguizamo and Dustin Hoffman in lead roles. It received favourable reviews from critics and has a good fan following. The film did well at the box office and is sure to keep you immersed. The Hundred Foot Journey a 2014 American comedy-drama film. This film tells the story of a feud between two adjacent restaurants in a French town: one operated by a recently relocated Indian family and the other a Michelin-starred restaurant.