Return form will be sent to your email Id:
Want this item in next 24 hours?
Get an instant SMS with a link to download the Snapdeal App
+91
Please Enter a Valid 10 Digit Number.
Yes, Send Me A Link To The App
GET SMS
SDL340383107
{"SDL340383107":null}
Home
364, 4362, 4497, ,
/
Books
/
Non Fiction Books
/
History & Politics Books
/
China's Road to Disaster
Compare Products
Clear All
Let's Compare!
Selection Error!
You have reached the maximum number of selection. You can select only upto 4 items to compare.
You have already selected this product.
OK
View Order 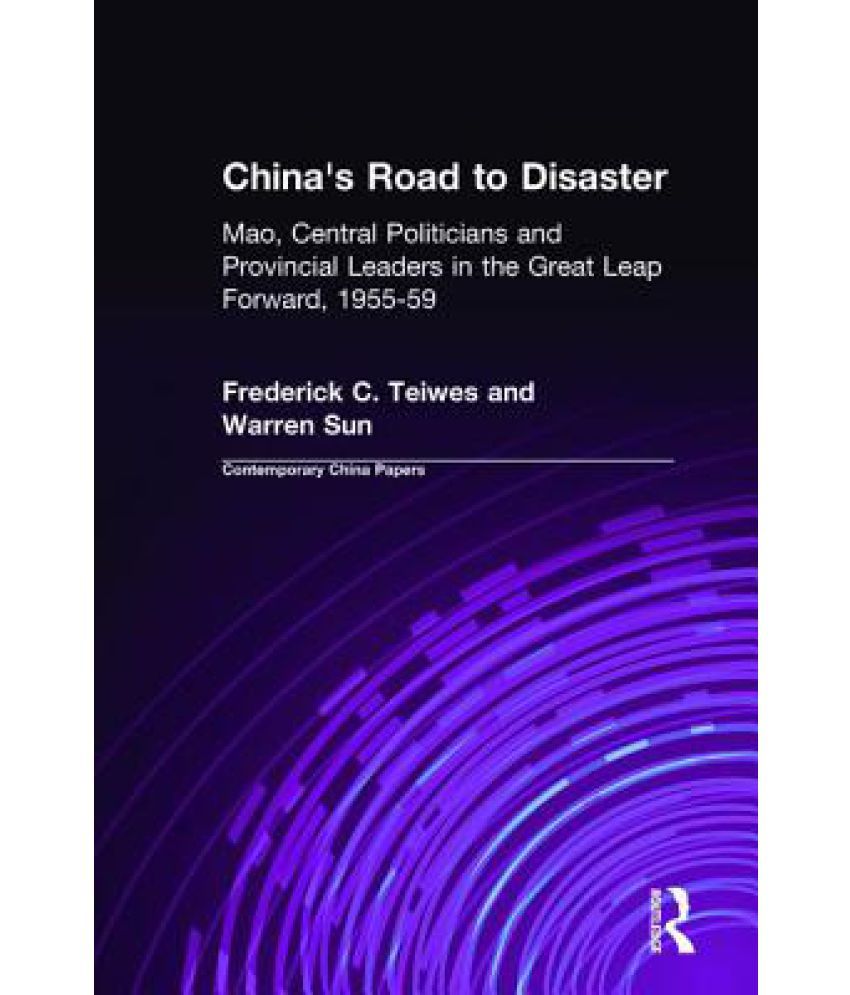 This text analyzes the dramatic shifts in Chinese Communist Party economic policy during the mid to late 1950s which eventually resulted in 30 to 45 million deaths through starvation as a result of the failed policies of the Great Leap Forward. Teiwes examines both the substance and the process of economic policy-making in that period, explaining how the rational policies of opposing rash advance in 1956-57 gave way to the fanciful policies of the Great Leap, and assessing responsibility for the failure to adjust adequately those policies even as signs of disaster began to reach higher level decision makers. In telling this story, Teiwes focuses on key participants in the process throughout both "rational" and "utopian" phases - Mao, other top leaders, central economic bureaucracies and local party leaders. The analysis rejects both of the existing influential explanations in the field, the long dominant power politics approach focusing on alleged clashes within the top leadership, and David Bachman's recent institutional interpretation of the origins of the Great Leap. Instead, this study presents a detailed picture of an exceptionally Mao-dominated process, where no other actor challenged his position, where the boldest step any actor took was to try and influence his preferences, and where the system in effect became paralyzed while Mao kept changing signals as disaster unfolded.