Return form will be sent to your email Id:
Want this item in next 24 hours?
Get an instant SMS with a link to download the Snapdeal App
+91
Please Enter a Valid 10 Digit Number.
Yes, Send Me A Link To The App
GET SMS
1726358
{"1726358":null}
Home
516, 46138845, 517, ,
/
Movies & Music
/
Movies & Entertainment
/
Hollywood Movies
/
Clash of the Titans (English)[DVD]
Compare Products
Clear All
Let's Compare!
Selection Error!
You have reached the maximum number of selection. You can select only upto 4 items to compare.
You have already selected this product.
OK
View Order 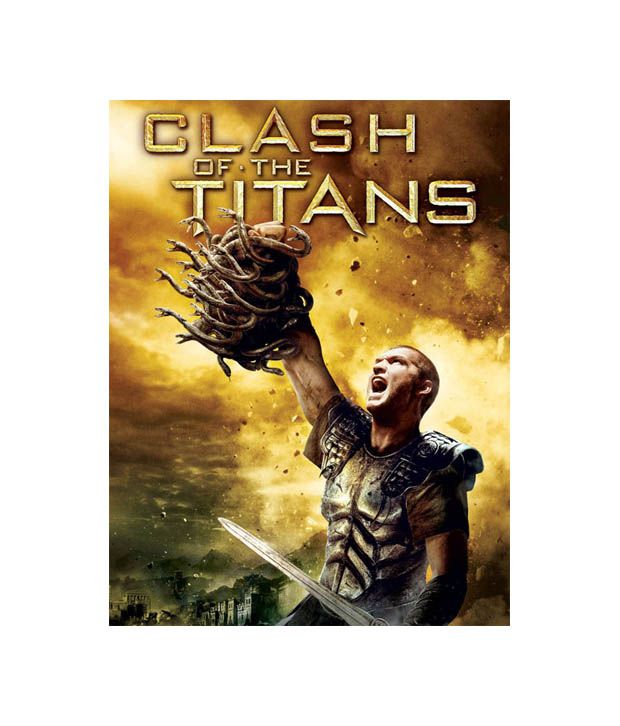 Clash of the Titans (English)[DVD]

Before history and beyond imagination! The machinations of gods above and the fates of man and monsters here below play out in a Clash of the Titans. Decades prior to the sensational 2010 version of the tale, Harry Hamlin took up sword and shield to play valorous Perseus, mortal son of Zeus (Laurence Olivier) who sets out to fulfill his destiny by rescuing beloved Andromeda from the wrath of goddess Thetis (Maggie Smith). Perils await Perseus time and again. And eye-filling thrills await viewers as stop-motion effects legend Ray Harryhausen (Jason and the Argonauts) unleashes snake-haired Medusa, fearsome Kraken, winged Pegasus, two-headed dog Dioskilos, giant scorpions and more. Rejoice, fantasy fans: the movie gods gift us with adventure that's innovative, heroic, titanic.

Clash of the Titans (English)[DVD]