Return form will be sent to your email Id:
Want this item in next 24 hours?
Get an instant SMS with a link to download the Snapdeal App
+91
Please Enter a Valid 10 Digit Number.
Yes, Send Me A Link To The App
GET SMS
SDL406253631
{"SDL406253631":null}
Home
217, 129, 3467, ,
/
Home Decoratives
/
Religion & Spirituality
/
Pooja Accessories
/
Combo of Vaijanti Mala , Gomati Navratan Pendant, 100% Original and Very Rare Collection by "Make in India - Pick Use - SoilMade"
Compare Products
Clear All
Let's Compare!
Selection Error!
You have reached the maximum number of selection. You can select only upto 4 items to compare.
You have already selected this product.
OK
View Order 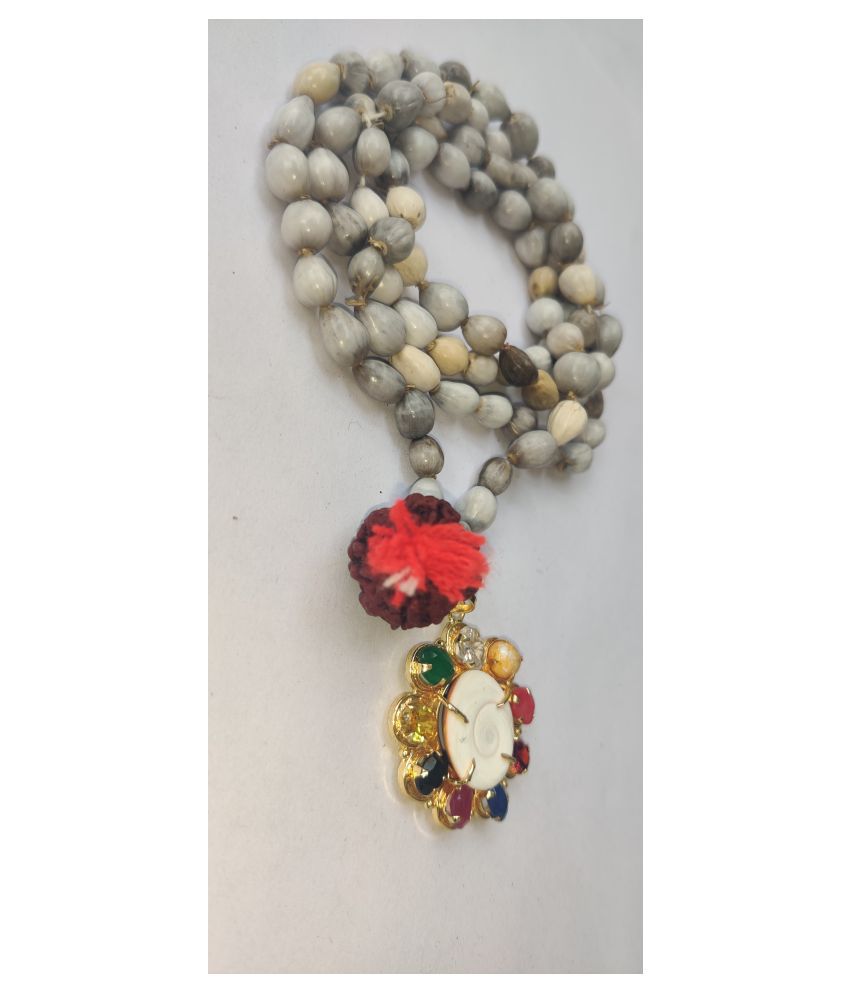 "Vaijanti Mala is made of White beads of Vaijanti is used for Vashikaran, Attraction and Devi Siddhi. Vaijanti seed comes from the forests where the god and goddess eternally make love. A mala of victory Vaijanti is a shiny seeds that grows in the forests of Braj. Lord Vishnu and Krishna love this mala. Vaijanti Mala is also known as Lord Vishnu's garland. It is very common belief among the people that bearer of Vaijanti mala never looses anything in life. It is widely used for Jap (prayer) of Lord Krishna, Vishnu and Rama. As per ancient texts Krishna made a mala for Radha out of these seeds, as did Ram for Sita. Vishnu gave this mala to Skanda at his installation as commander-in-chief for increasing his strength. Vaijanti seed comes from the forests of Braj where the god and goddess eternally make love. Purpose : It gives victory through our dharma (truth). It is used for Vashikaran, Attraction and Devi Siddhi. It balances all doshas. It has common faith amongst the people that wearer of this vaijyanti mala by no means looses anything in life, so it is also called rosary of victory., Product color may slightly vary due to photographic lighting sources or your monitor settings.,  100% Original and Very Rare Collection by ""SoilMade - Pick Use - Make in India"""