Sorry! Cowper's Milton, in Four Volumes: Paradise Regained. an Account of Cowper's Writings, Relating to Milton. a Latin Epitaph Ascribed to Milton with Cowp is sold out. 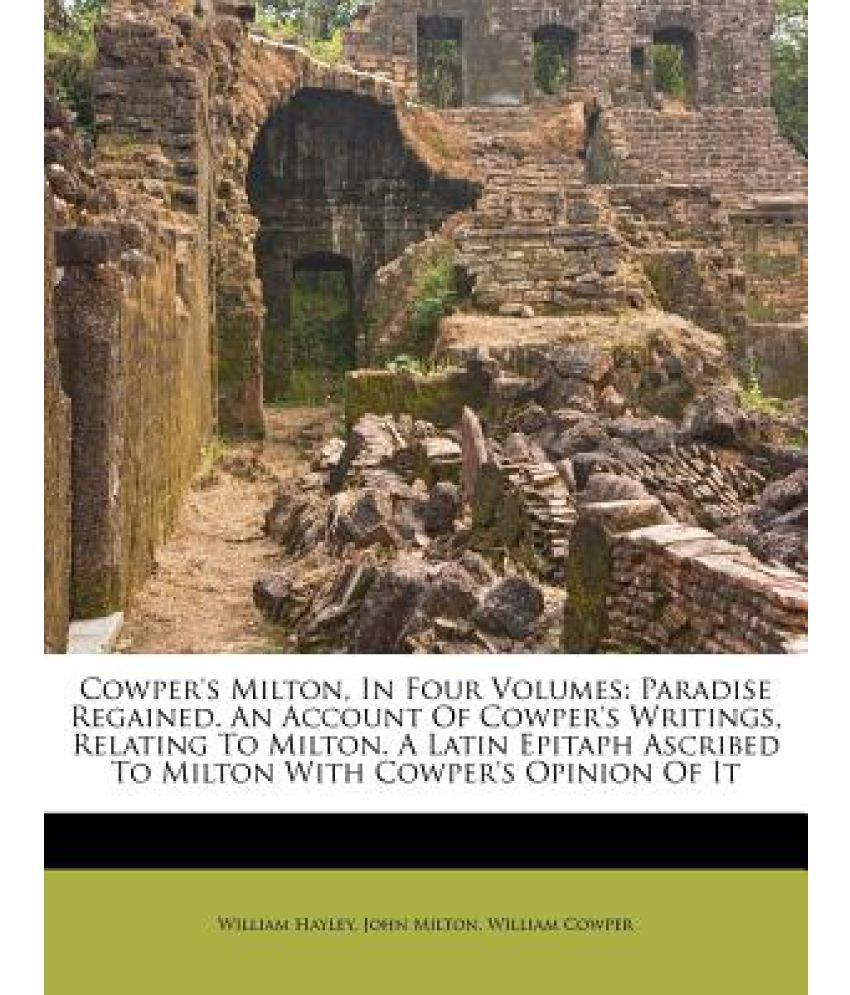 Cowper's Milton, in Four Volumes: Paradise Regained. an Account of Cowper's Writings, Relating to Milton. a Latin Epitaph Ascribed to Milton with Cowp

This product has been sold out
serviceCentreDetails
Be the first to review
Have a question?
pay
Rs  2,307
We will let you know when in stock
notify me
Thank you for your interest

John Milton was a seventeenth-century English poet, polemicist, and civil servant in the government of Oliver Cromwell. Among Milton s best-known works are the classic epic Paradise Lost, Paradise Regained, considered one of the greatest accomplishments in English blank verse, and Samson Agonistes.

Writing during a period of tremendous religious and political change, Milton s theology and politics were considered radical under King Charles I, found acceptance during the Commonwealth period, and were again out of fashion after the Restoration, when his literary reputation became a subject for debate due to his unrepentant republicanism. T.S. Eliot remarked that Milton s poetry was the hardest to reflect upon without one s own political and theological beliefs intruding.

William Cowper was a poet and a hymnodist who changed the direction of 18th-century nature poetry by writing on everyday life and scenes of the English countryside. Nick Rhodes is an editor and a poet.