Sorry! Democrazy is sold out. 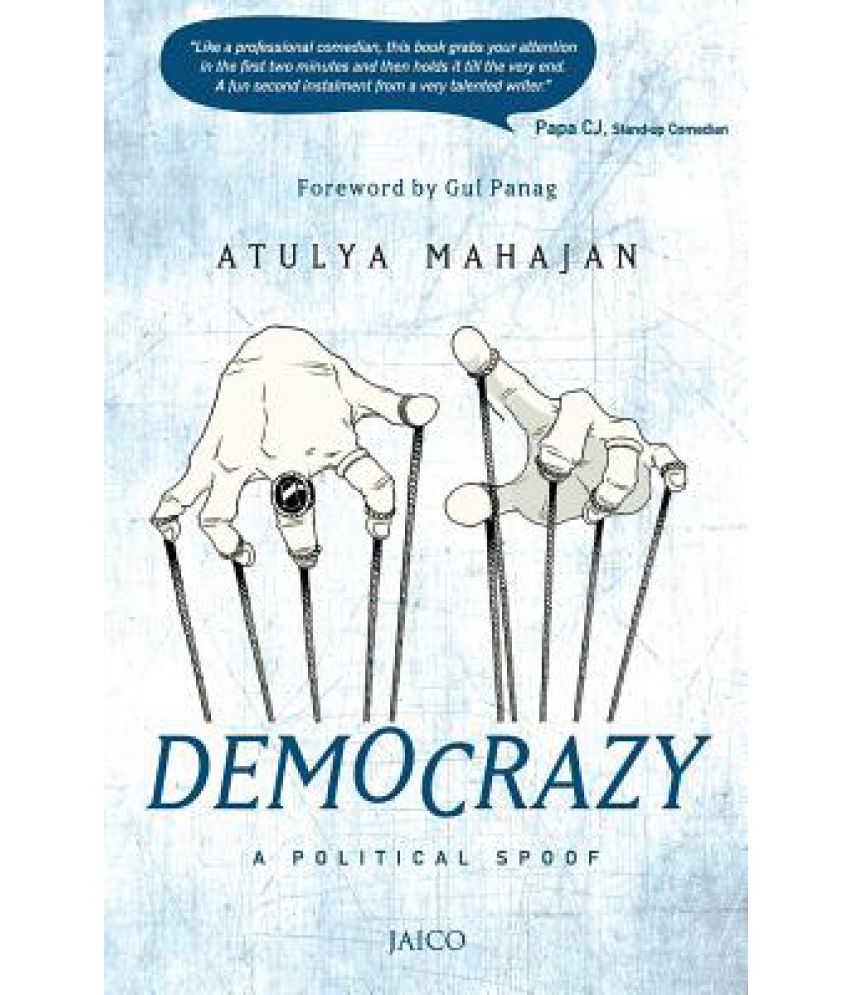 This product has been sold out
serviceCentreDetails
Be the first to review
Have a question?
pay
Rs  246
We will let you know when in stock
notify me
Thank you for your interest

Foreword by Gul Panag A Political Spoof The mysterious Badi Sarkar wants her son to become the Prime Minister of India. Her reticent son Chhote Sarkar wants to eat ice-cream. Great Leader wants his Orchid party to win the elections. He also wants a wand that works. The horny Baba Neemacharya wants to do the neem-yoga with Girl 45. Impulsive billionaire industrialist Giani Seth wants to beat Chaddha in Candy Crush. Honest Ambika Madam wants to retire in peace. Volatile BB wants to send all corrupt politicians to jail. Babli wants to lose weight. But what is the PM doing in a cave in the Himalayas?! Democrazy is a satirical look at the madness and brouhaha in present-day India, where nothing is what it seems to be, power is all-important, and everything people do is to win the race to power. PS: No politicians were hurt in the writing of this book. Atulya Mahajan is a writer and satirist. His debut novel Amreekandesi - Masters of America was published in 2013. He writes a popular satire blog at amreekandesi.com and tweets as @amreekandesi. He has previously written humour columns and currently blogs for The Times of India.