Return form will be sent to your email Id:
Want this item in next 24 hours?
Get an instant SMS with a link to download the Snapdeal App
+91
Please Enter a Valid 10 Digit Number.
Yes, Send Me A Link To The App
GET SMS
1397315
{"1397315":null}
Home
516, 46138845, 521, ,
/
Movies & Music
/
Movies & Entertainment
/
TV Shows
/
Dream Decade(English)[DVD]
Compare Products
Clear All
Let's Compare!
Selection Error!
You have reached the maximum number of selection. You can select only upto 4 items to compare.
You have already selected this product.
OK
View Order 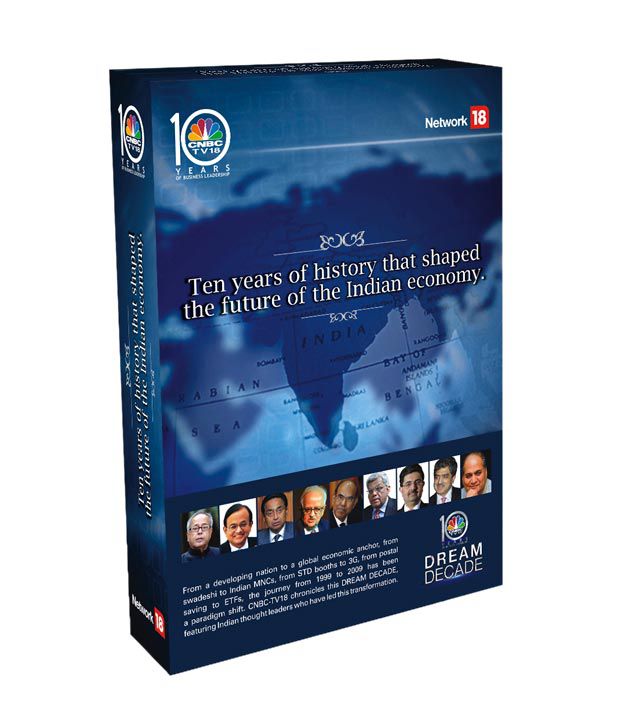 By 1999, India had become accustomed to its liberalized economy and the reality that it presented. And while the potential of the world's largest democracy and huge consumer market was well known, it was only in the last few years that the potent mix of visionary policy making, corporate aggression, global interest and consumer demand led to the rise of India as a star emerging market. While opinions may differ, India's global ascendance had begun in 1999. Whether it was the clamor of global demand for Y2K solutions from Indian IT companies or the listing of the first Indian company on the NASDAQ i.e. Infosys. While these can be seen as nothing more than symbolic advances, they were symptomatic of an underlying trend and the fact that the world was taking notice of a future economic giant. Since 1999, a lot of progress has been made across the national economic landscape. Whether it's the rise of the Indian middle class or Indian multinationals, the telecom revolution or the explosion in personal finance, the potential of Indian retail or inroads into rural markets, the flood of capital flows or the cushion of domestic demand, proactive policy making or strong resilient institutions, India's achievements in the last 10 years have been breathtaking. This has further cemented India's growing reputation as the global growth engine and leader of the world economy. While fundamental problems still persist in the economy, from archaic regulatory imbalances to infrastructure bottlenecks, from bureaucratic muddles to governance issues, from economic disparities to remnants of myopic xenophobia, the growth has been exemplary.These 10 years epitomize this paradigm shift in the fortunes of the Indian economy. It's truly a phase when India came of age and thus it's befitting to term it the Dream Decade. Join Shereen Bhan, Vivek Law, Menaka Doshi & Mitali Mukherjee as we present the Dream Decade, ten years that made India what it is today