Sorry! Etiquette in Society, in Business, in Politics and at Home - Scholar's Choice Edition is sold out. 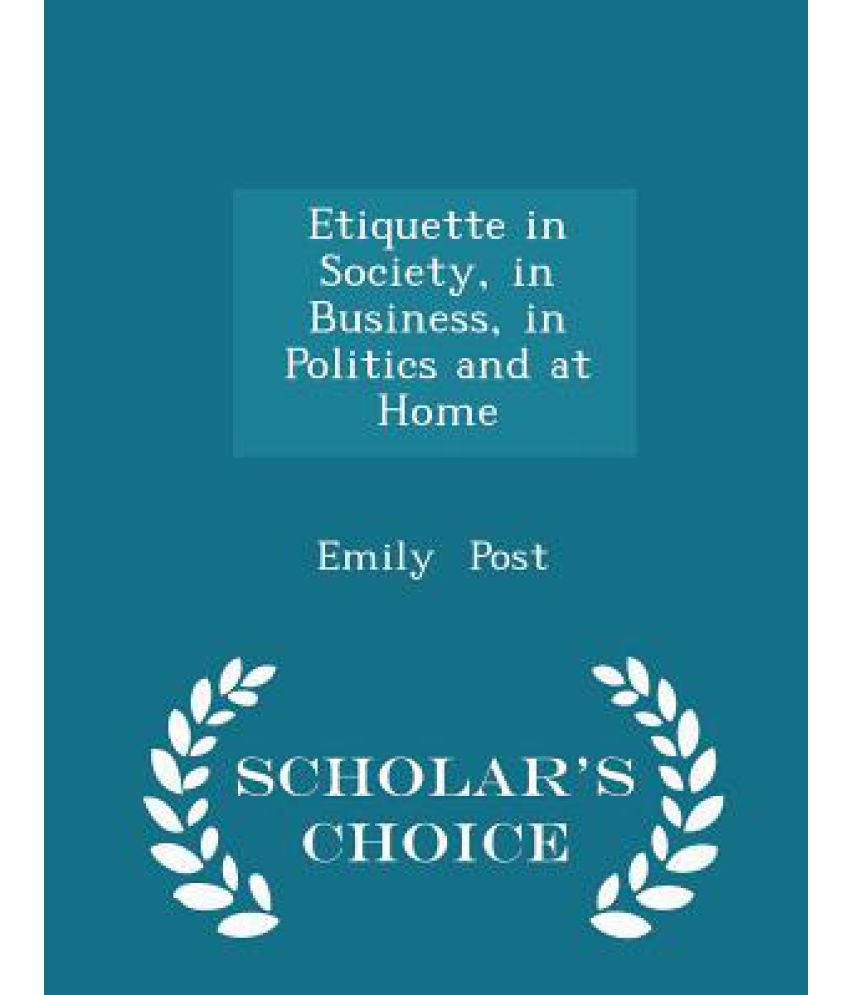 Etiquette in Society, in Business, in Politics and at Home - Scholar's Choice Edition

This product has been sold out
serviceCentreDetails
Be the first to review
Have a question?
pay
Rs  2,269
We will let you know when in stock
notify me
Thank you for your interest

Emily Price Post was born in October of 1872 or 1873 in Baltimore, Maryland to Bruce and Josephine Lee Price. She was homeschooled and, later, attended finishing school in New York City. In 1892, she married Edwin Main Post, a banker from a widely known family in the social circles of Long Island. The couple had two sons, Edwin M. Post, Jr. and Bruce Price Post, who died in 1927. Subsequently, Mr. and Mrs. Post were divorced. As well as Etiquette, which was in its eighty-ninth printing at the time of her death, Emily Post wrote other works, including fiction and short stories. In addition, she wrote a cookbook, The Emily Post Cook Book. In 1946, Emily Post founded the Emily Post Institute. She died on September 25, 1960, and her name has lived on in the public domain as synonymous with etiquette.