Return form will be sent to your email Id:
Want this item in next 24 hours?
Get an instant SMS with a link to download the Snapdeal App
+91
Please Enter a Valid 10 Digit Number.
Yes, Send Me A Link To The App
GET SMS
SDL099456500
{"SDL099456500":null}
Home
516, 46138845, 517, ,
/
Movies & Music
/
Movies & Entertainment
/
Hollywood Movies
/
Game Plan, The (English) [Blu-ray]
Compare Products
Clear All
Let's Compare!
Selection Error!
You have reached the maximum number of selection. You can select only upto 4 items to compare.
You have already selected this product.
OK
View Order 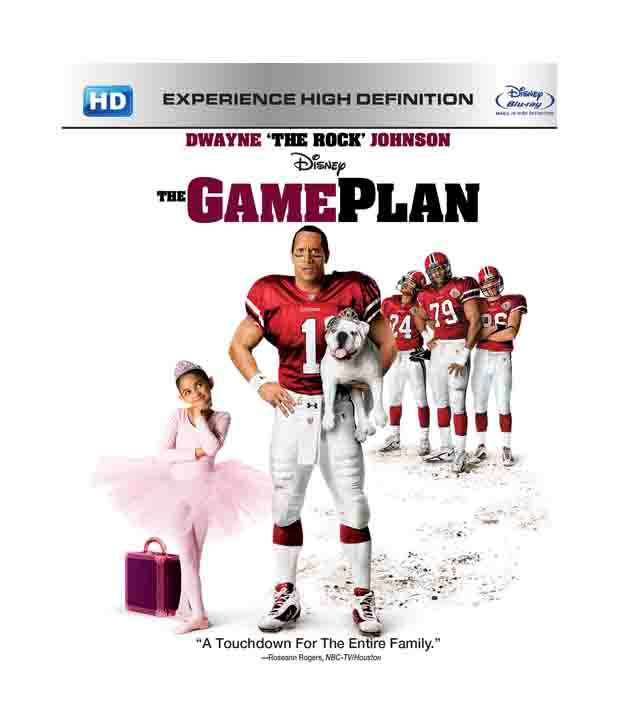 Joe Kingman is a huge football star. He's got woman, money, and a good career. Everything is perfect for him. Then one day an 8 year old girl shows up at his door telling him that she's his daughter from a past relationship. Once he has proof that she is for a fact his, he tries but fails miserably at "parenting." From problems such as his super speedy car with no backseat, to leaving her in a bar at 3 am, he's got a lot to deal with. Eventually though, she gets him, (and his football team) wrapped around her finger. When she has a near-death experience and Joe finds out her mother died early that year, he wants her to move and live with him. Her aunt though disagrees and takes her home. Joe has to play the game of his life and when he's injured, and things don't look good for him, his daughter comes out and gets him right back on the field.