Return form will be sent to your email Id:
Want this item in next 24 hours?
Get an instant SMS with a link to download the Snapdeal App
+91
Please Enter a Valid 10 Digit Number.
Yes, Send Me A Link To The App
GET SMS
SDL394856251
{"SDL394856251":null}
Home
364, 372, 46101968, 46104976, ,
/
Books
/
Children & Young Adult Books
/
Children Fiction
/
Teens Fiction
/
Geronimo Stilton And The Kingdom Of Fantasy #8 The Hour Of Magic Hardback English 2016
Compare Products
Clear All
Let's Compare!
Selection Error!
You have reached the maximum number of selection. You can select only upto 4 items to compare.
You have already selected this product.
OK
View Order 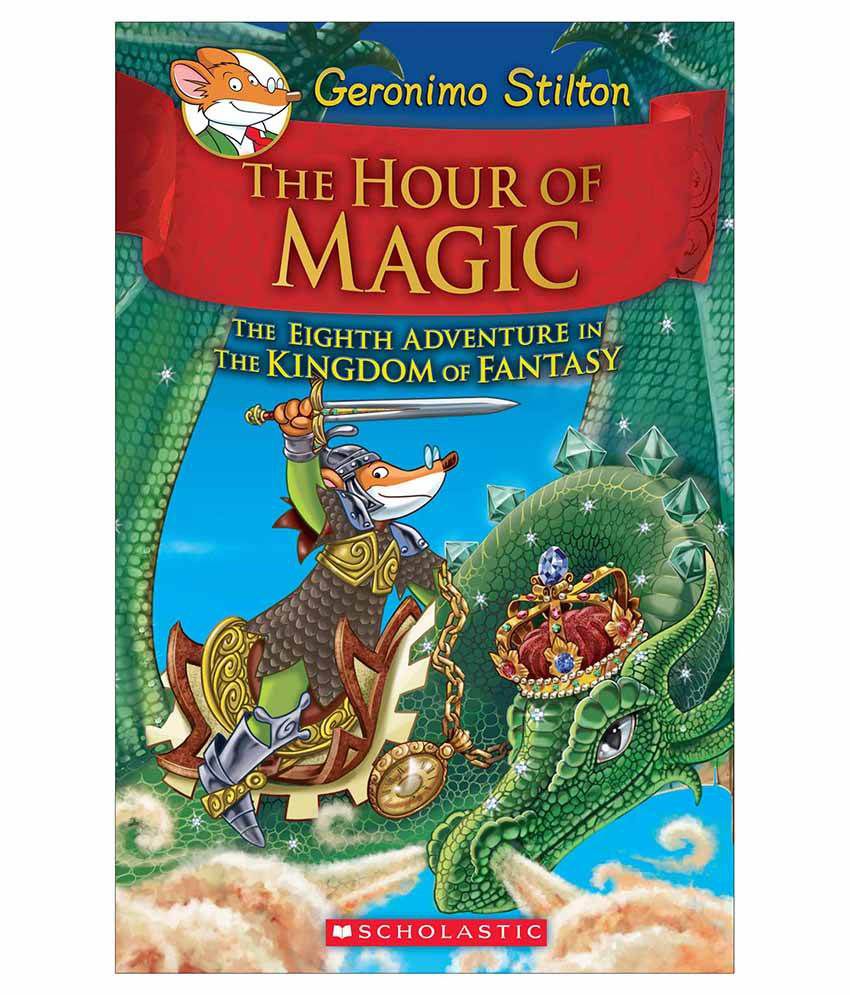 OverviewOriginally Ottavo Viaggio nel Regno della Fantasia, the English version of this 8th installment in the gripping Geronimo Stilton series were first published by Scholastic Incorporated in hardcover in 2012.SynopsisGeronimo Stilton is back in the thick of things again! This time he has been called back to the Kingdom of Fantasy for another adventure. Blossom, the queen of fairies, needs his help, and time is limited. Something evil is making the hands of magical Tick Tock Timepiece go faster than usual, causing Blossom to age at an alarming rate. If she perishes, the entire Kingdom of Fantasy will suffer the same fate.It is now upon Geronimo Stilton to bring back harmony and restore time in the magical land. Can he do it? Can he do something before the clock reaches its final hour?About the AuthorScholastic Corporation has published the English version of the series since February 2004. Although the series credits its title character as the author, the idea was originally thought of by Elisabetta Dami. Born in Milan in 1958, Elisabetta Dami is an Italian children's fiction writer and author of books for children. Her experience gained from assisting children as a volunteer led to the idea of writing adventure stories featuring a mouse, Geronimo Stilton, as the main protagonist.