Return form will be sent to your email Id:
Want this item in next 24 hours?
Get an instant SMS with a link to download the Snapdeal App
+91
Please Enter a Valid 10 Digit Number.
Yes, Send Me A Link To The App
GET SMS
SDL872232168
{"SDL872232168":null}
Home
364, 4362, 4497, ,
/
Books
/
Non Fiction Books
/
History & Politics Books
/
The Great Landowners of Great Britain and Ireland
Compare Products
Clear All
Let's Compare!
Selection Error!
You have reached the maximum number of selection. You can select only upto 4 items to compare.
You have already selected this product.
OK
View Order 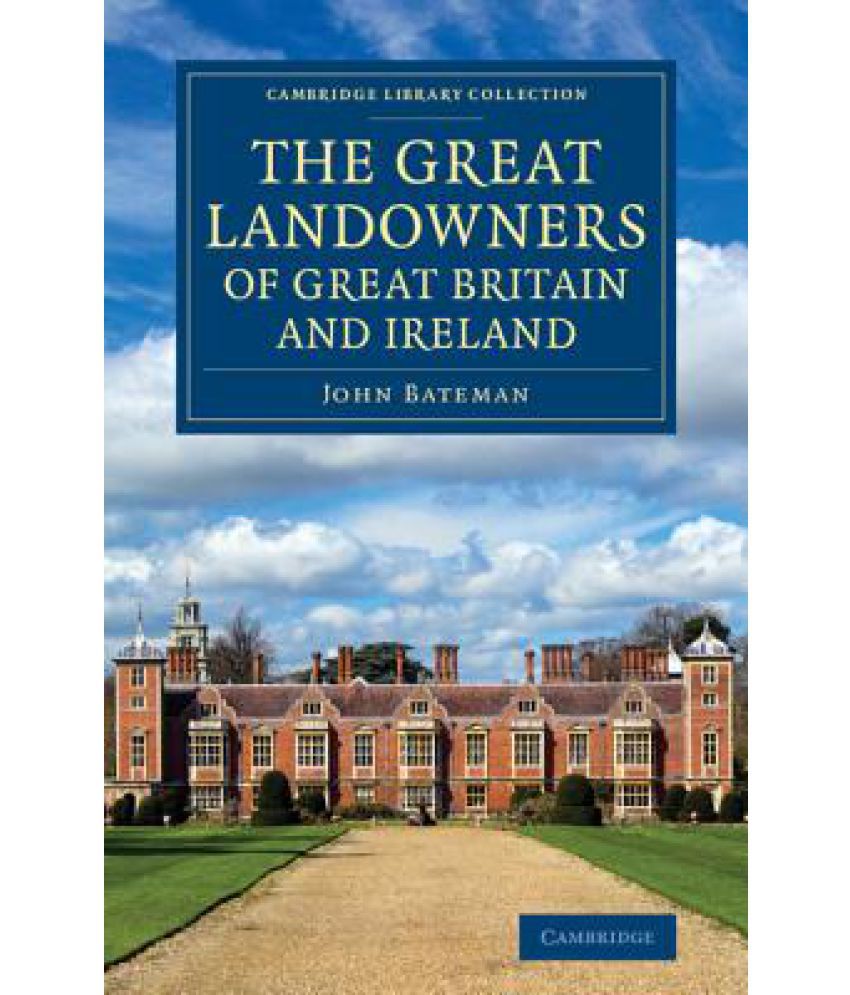 The Great Landowners of Great Britain and Ireland

Reissued in its 1878 edition, this digest of the 'Modern Domesday Book' catalogues the landholdings of Britain's wealthiest families.

First published in 1876, and reissued here in the 1878 edition that covered the entire British Isles, this important work utilised and corrected the 1873 Return of Owners of Land (known as the 'Modern Domesday Book'), the first post-Norman survey of British landholdings. John Bateman (1839 1910), a landowner himself recorded here, sought to amend numerous and significant errors in the Return, increasing its usability by grouping listings by owner rather than location. He further enhanced the record by giving many college and club affiliations - indicative of religious and political alignments. An analysis chapter overviews the distribution of holdings and highlights both lucrative and low-yielding estates. Bateman's apparent hope of justifying the existing landowning system in the British Isles was undermined by data which revealed the concentration of land in aristocratic hands, yet the work provides historians with a valuable snapshot of this system in its Victorian heyday."

The Great Landowners of Great Britain and Ireland