Sorry! Half Girlfriend (Movie Tie-In Edition) by Chetan Bhagat is sold out. 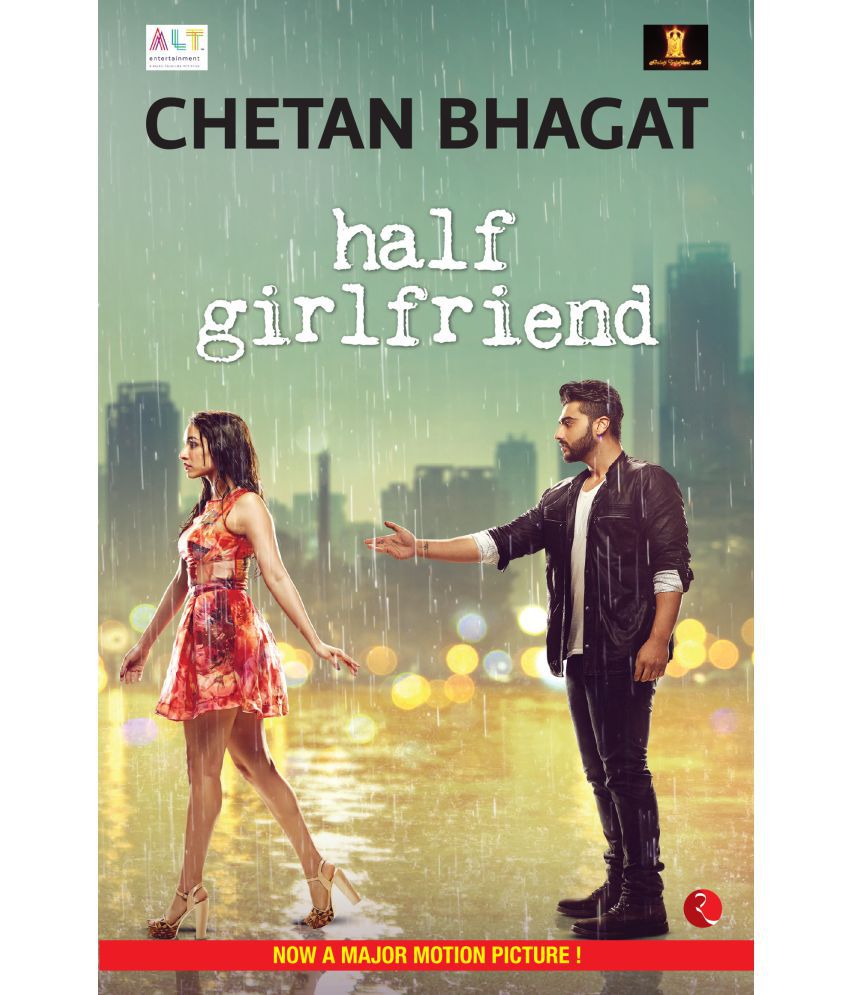 This product has been sold out
serviceCentreDetails
4.3 13 0 (4.3) 13 Ratings Have a question?
pay
Rs  195
We will let you know when in stock
notify me
Thank you for your interest

Once upon a time, there was a Bihari boy called Madhav.

He fell in love with a rich girl from Delhi called Riya. Madhav didn’t speak English well. Riya did. Madhav wanted a relationship. Riya didn’t. Riya just wanted friendship. Madhav didn’t. Riya suggested a compromise. She agreed to be his half girlfriend.

From the author of the blockbuster novels Five Point Someone, One Night at the Call Center, The 3 Mistakes of My Life, 2 States, Revolution 2020 and One Indian Girl comes a simple and beautiful love story that will touch your heart and inspire you to chase your dreams.

Chetan’s books have remained bestsellers since their release and have been equally celebrated on the big screen. This is the fifth book which has now been adapted into a major Bollywood film.

The New York Times called him the ‘the biggest selling English language novelist in India’s history’. TIME magazine named him amongst the ‘100 most influential people in the world’ and Fast Company, USA, listed him as one of the world’s ‘100 most creative people in business’.

Chetan writes columns for leading English and Hindi newspapers, focusing on youth and national development issues. He is also a motivational speaker and screenplay writer.

Chetan quit his international investment banking career in 2009 to devote his entire time to writing and making change happen in the country. He lives in Mumbai with his wife, Anusha, an ex-classmate from IIM-A and his twin sons, Shyam and Ishaan.