Return form will be sent to your email Id:
Want this item in next 24 hours?
Get an instant SMS with a link to download the Snapdeal App
+91
Please Enter a Valid 10 Digit Number.
Yes, Send Me A Link To The App
GET SMS
SDL237954387
{"SDL237954387":null}
Home
364, 372, 46101968, 46104976, ,
/
Books
/
Children & Young Adult Books
/
Children Fiction
/
Teens Fiction
/
Harry Potter And The Philosophers Stone - New Jacket Paperback (English)
Compare Products
Clear All
Let's Compare!
Selection Error!
You have reached the maximum number of selection. You can select only upto 4 items to compare.
You have already selected this product.
OK
View Order 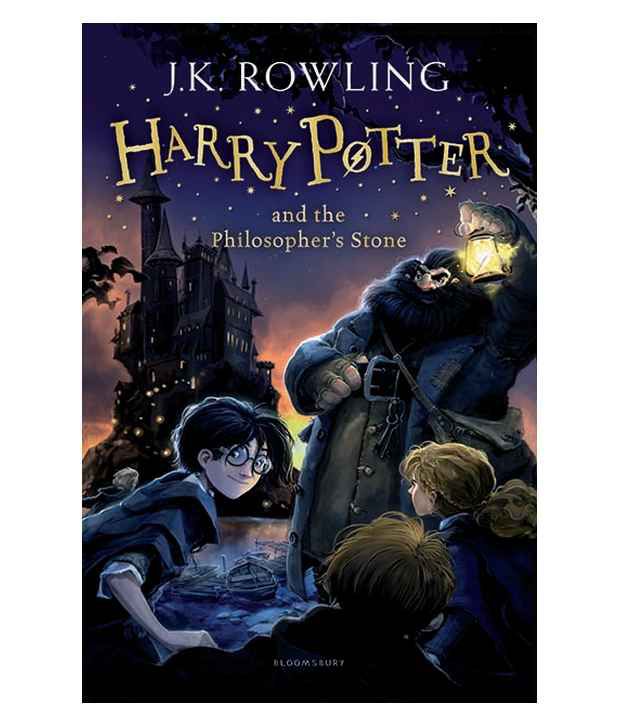 In the book Harry Potter and the Philosopher’s Stone, when the young orphaned protagonist, Harry Potter, turns 11, he finds that he is a wizard. He is admitted into the Hogwarts School of Witchcraft and Wizardry where he makes loyal friends and disliked enemies. They go on unexpected, and often dangerous, adventures together within the school and the Forbidden Forest close by. His happy adolescent life is then put into serious trouble towards the end of the book as he and his friends stumble upon a grave secret that involves the evil dark wizard, Lord Voldemort. Voldemort wants to come into the possession of the Philosopher’s Stone which he believes will grant him immortality. Read Harry Potter and the Philosopher’s Stone to find out how Harry with the help of his friends Ron and Hermione, defeats the Dark Lord’s intention of stealing the precious Stone.

Joanne ‘Jo’ Rowling who writes under the pen names of J. K. Rowling and Robert Galbraith is a British author who conjured up the character of the scrawny bespectacled wizard boy when travelling on the tube.  Besides the Harry Potter series, she has also authored book for adults such as The Casual Vacancy, The Cuckoo’s Calling, The Silkworm and Career of Evil. She is also a renowned screen writer and film writer, who has created the hugely popular Harry Potter series of books and movies.