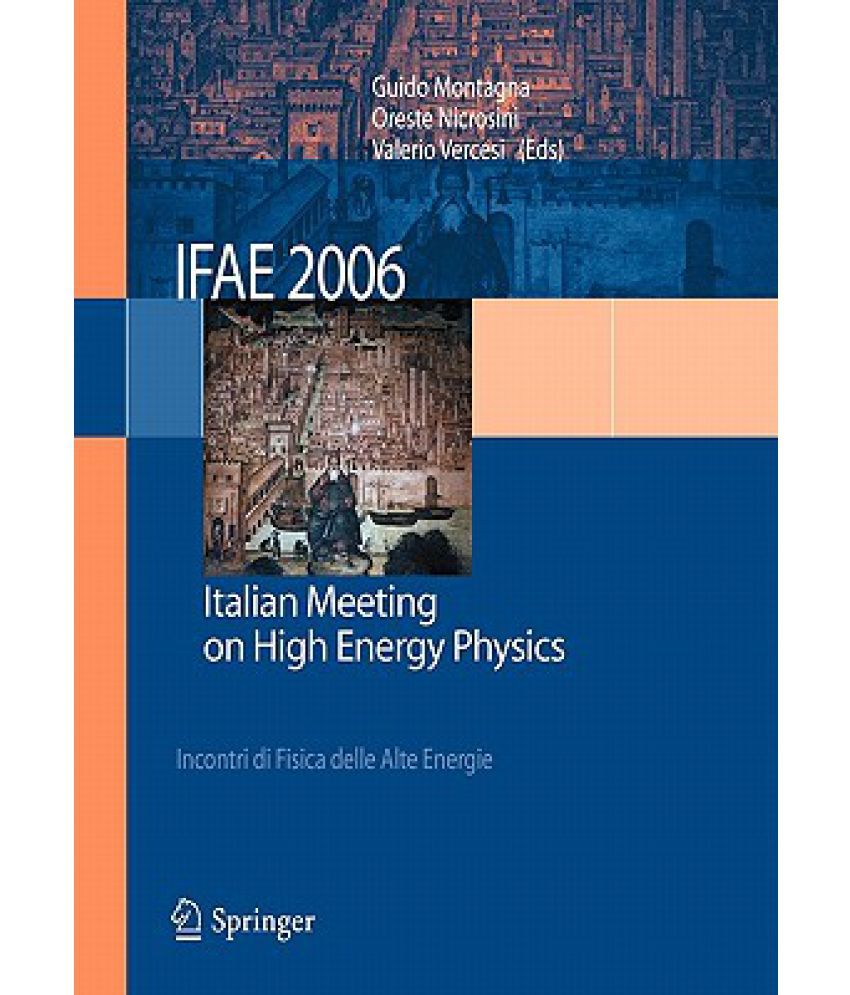 This book collects the Proceedings of the Workshop "Incontri di Fisica delle Alte Energie (IFAE) 2006, Pavia, 19-21 Aprile 2006." The workshop is the fifth edition of a series of workshops on fundamental research in particle physics, as carried on at the most important international laboratories, and possible fallouts in medical and technological applications. Researches in this field aim at identifying the most elementary constituents of matter.

This book collects the Proceedings of the Workshop Incontri di Fisica delle Alte Energie (IFAE) 2006, Pavia, 19-21 April 2006." This is the fifth edition of a new series of meetings on fundamental research in particle physics and was attended by more than 150 researchers. Presentations, both theoretical and experimental, addressed the status of Standard Model and Flavour phyiscs, Neutrino and Cosmological topics, new insights beyond the present understanding of particle physics and cross-fertilization in areas such as medicine, biology, technological spin-offs and computing. Special emphasis was given to the expectations of the forthcoming Large Hadron Collider, due in operation in 2007.

The venue of plenary sessions interleaved with parallel ones allowed for a rich exchange of ideas, presented in these Proceedings, that form a coherent picture of the findings and of the open questions in this extremely challenging cultural field.