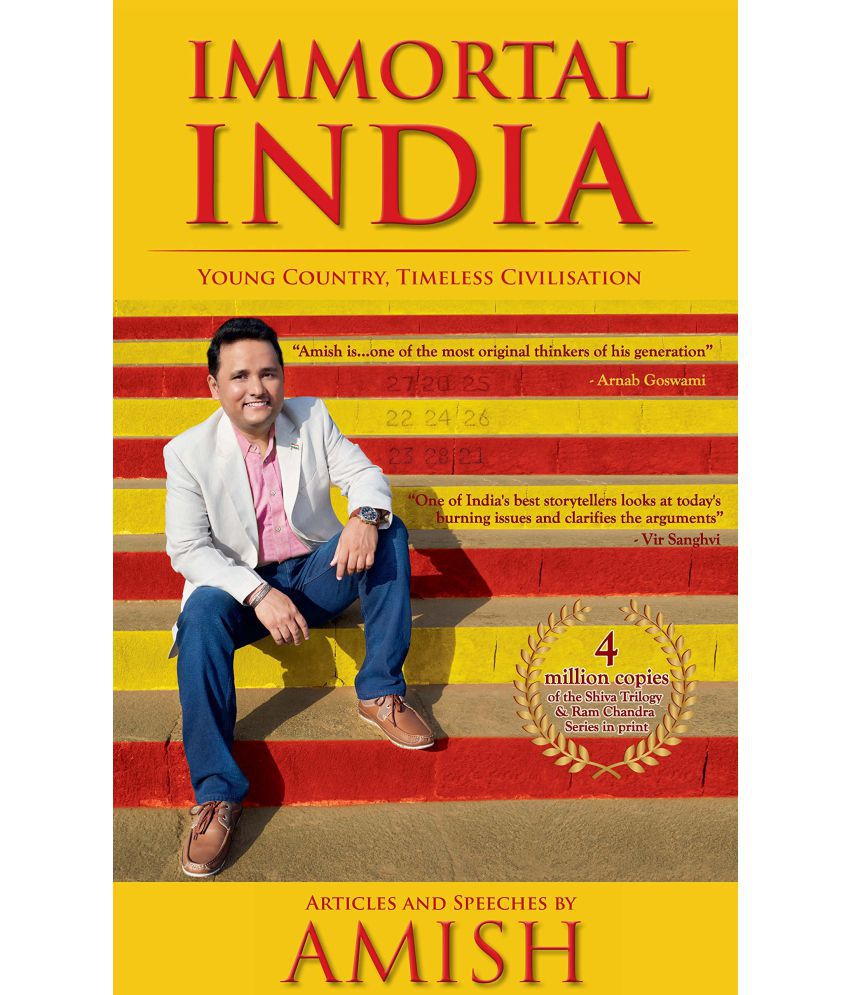 This product has been sold out
serviceCentreDetails
5.0 3 0 (5.0) 3 Ratings Have a question?
pay
Rs  260
We will let you know when in stock
notify me
Thank you for your interest

‘To Understand the New India, you need to read Amish’- Swapan Dasgupta

‘Amish is...a deeply thoughtful mind with an unusual, original, and fascinating view of the past’- Shekhar Gupta

Amish Tripathi has written 5 bestsellers which sell in 19 languages in India and across the world. Apart from being India’s top bestselling author for the fastest selling book series in Indian history, he is also an avid student of Indian history and culture. In order to make his fiction novels authentic, he does extensive research and believes that you need to read a 100 pages to be able to write just 1 page convincingly.

This has made him a powerhouse of knowledge on all things Indian, past and present and that’s what makes him a much sought after columnist for leading Indian newspapers like The Times of India, Hindustan Times, The Telegraph, The Hindu and most of  India’s prestigious dailies. He is also renowned for stirring speeches across literary festivals and corporate gatherings that offer insights from our culture which are timeless and relevant to present-day India.

For the first time Westland offers an exciting compilation of articles and speeches covering myriad topics across history, mythology, social issues and religion. For the avid reader, there are also personal musings that offer a window into the mind of one of your favourite author.

INDIA ... A YOUNG COUNTRY, A TIMELESS CIVILISATION EXPLORE IT WITH INDIA'S VERY OWN STORYTELLER, AMISH

India, a culture that witnessed the dawn of civilisation. That witnessed the rise of other cultures and watched them turn to dust. It has been celebrated and attacked. Admired and vilified. But through all these millennia, after all the ups and downs of history, it's still here! And now, after a few centuries of decline, it's driving a new dawn once again. Ajanaabhavarsh. Bharat. Hindustan. India. The names may change, but the soul of this great land is immortal.

Amish helps you understand India like never before, through a series of sharp articles, nuanced speeches and intelligent debates. Based on his deep understanding of subjects such as, religion, mythology, tradition, history, contemporary societal norms, governance, and ethics, in Immortal India: Young Country, Timeless Civilisation, Amish lays out the vast landscape of an ancient culture with a fascinatingly modern outlook.

His books have been translated into 19 Indian and International languages.