Return form will be sent to your email Id:
Want this item in next 24 hours?
Get an instant SMS with a link to download the Snapdeal App
+91
Please Enter a Valid 10 Digit Number.
Yes, Send Me A Link To The App
GET SMS
SDL754190969
{"SDL754190969":null}
Home
364, 366, 4403, 46105646, ,
/
Books
/
Academic Texts
/
Humanities Books
/
Architecture Books
/
Imperial Conversations : Indo-Britons And The Architecture Of South India Hb 01 Edition
Compare Products
Clear All
Let's Compare!
Selection Error!
You have reached the maximum number of selection. You can select only upto 4 items to compare.
You have already selected this product.
OK
View Order 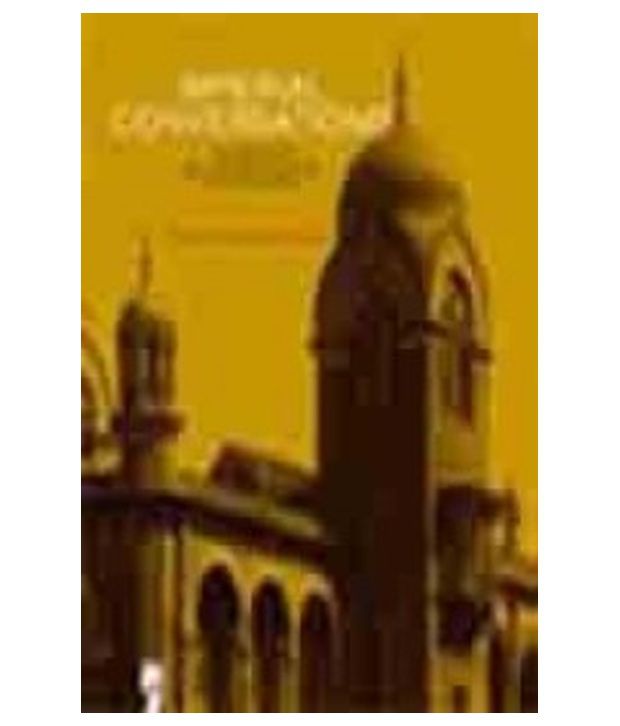 The eighteenth century was a time of profound upheaval when economic and political control of southern India passed from native kings to the East India Company. Hand-in-hand with the resultant conflicts and skirmishes, a process of cultural sharing was gaining ground which went on to manifest itself in the form of a flourishing imperial cultural in the nineteenth century. About Author : Shanti Jayewardene-Pillai is trained as an architect and studied history at University College London and Oxford University. Her research interests focus on the intersection of empire and mainstream European and South Asian architectural history. She now lives in Oxford shire. Contents : Preface Introduction: Mutual Fascination and Conflict 1. A Pluralist Society: Patrons and Designers 2. Invisible Indians and Science Experts: Thomas Fiott de Havilland and St. Andrews Kirk 1816-21 3. Excited by Athenian Antiquities: The Pachaiyappa School 1846-50 4. The Aesthetic Imperialists: The Public Works Department (PWD) 5. Coveting a Forbidden Place: The Board of Revenue Building 1859-70 6. The Lure of Indian Aesthetics: Presidency College 1864-67 and Senate House, University of Madras 1869-78 Glossary Bibliography Index