Return form will be sent to your email Id:
Want this item in next 24 hours?
Get an instant SMS with a link to download the Snapdeal App
+91
Please Enter a Valid 10 Digit Number.
Yes, Send Me A Link To The App
GET SMS
SDL975565811
{"SDL975565811":null}
Home
364, 366, 4404, 46105018, ,
/
Books
/
Academic Texts
/
Computer & Internet Books
/
Algorithms Books
/
Implementing DevOps with Ansible 2
Compare Products
Clear All
Let's Compare!
Selection Error!
You have reached the maximum number of selection. You can select only upto 4 items to compare.
You have already selected this product.
OK
View Order 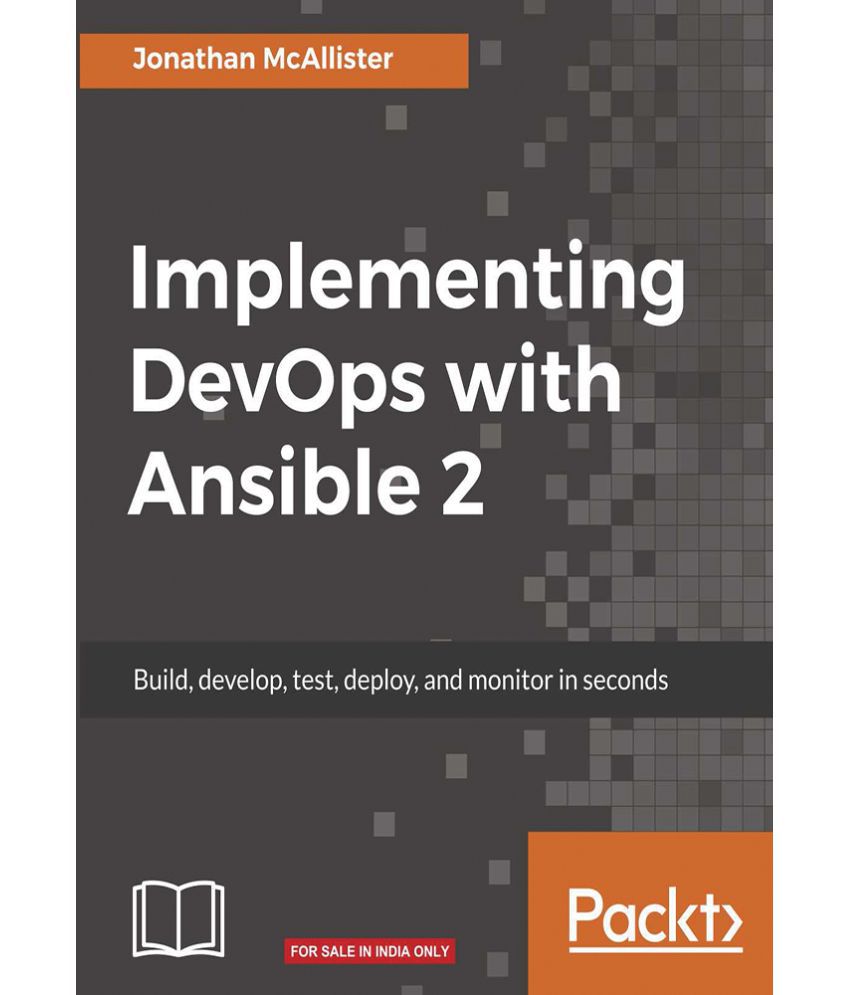 Leverage the power of Ansible 2 and related tools and scale DevOps processes About This Book • Learn how to use Ansible playbooks along with YAML and JINJA to create efficient DevOps solutions • Use Ansible to provision and automate Docker containers and images • Learn the fundamentals of Continuous Integration and Continuous Delivery and how to leverage Ansible to implement these modern DevOps • Learn the fundamentals of creating custom Ansible modules • Learn the fundamentals of Ansible Galaxy • Follow along step-by-step as we teach you to scale Ansible for your DevOps processes Who This Book Is For If you are a DevOps engineer, administrator, or developer and want to implement the DevOps environment in your organization using Ansible, then this book is for you. What You Will Learn • Get to the grips with the fundamentals of Ansible 2.2 and how you can benefit from leveraging Ansible for DevOps. • Adapt the DevOps process and learn how Ansible and other tools can be used to automate it. • Start automating Continuous Integration and Continuous Delivery tasks using Ansible • Maximize the advantages of tools such as Docker, Jenkins, JIRA, and many more to implement the DevOps culture. • Integrate DevOps tools with Ansible • Extend Ansible using Python and create custom modules that integrate with unique specific technology stacks • Connect and control the states of various third-party applications such as GIT, SVN, Artifactory, Nexus, Jira, Hipchat, Slack, Nginx, and others In Detail Thinking about adapting the DevOps culture for your organization using a very simple, yet powerful automation tool, Ansible 2? Then this book is for you! In this book, you will start with the role of Ansible in the DevOps module, which covers fundamental DevOps practices and how Ansible is leveraged by DevOps organizations to implement consistent and simplified configuration management and deployment. You will then move on to the next module, Ansible with DevOps, where you will understand Ansible fundamentals and how Ansible Playbooks can be used for simple configuration management and deployment tasks. After simpler tasks, you will move on to the third module, Ansible Syntax and Playbook Development, where you will learn advanced configuration management implementations, and use Ansible Vault to secure top-secret information in your organization. In this module, you will also learn about popular DevOps tools and the support that Ansible provides for them (MYSQL, NGINX, APACHE and so on). The last module, Scaling Ansible for the enterprise, is where you will integrate Ansible with CI and CD solutions and provision Docker containers using Ansible. By the end of the book you will have learned to use Ansible to leverage your DevOps tasks. Style and approach A step-by-step guide to automating all DevOps stages with ease using Ansible