Return form will be sent to your email Id:
Want this item in next 24 hours?
Get an instant SMS with a link to download the Snapdeal App
+91
Please Enter a Valid 10 Digit Number.
Yes, Send Me A Link To The App
GET SMS
SDL296211120
{"SDL296211120":null}
Home
364, 384, 4505, ,
/
Books
/
Philosophy Books
/
History & Surveys Books
/
Inside/Outside Nietzsche
Compare Products
Clear All
Let's Compare!
Selection Error!
You have reached the maximum number of selection. You can select only upto 4 items to compare.
You have already selected this product.
OK
View Order 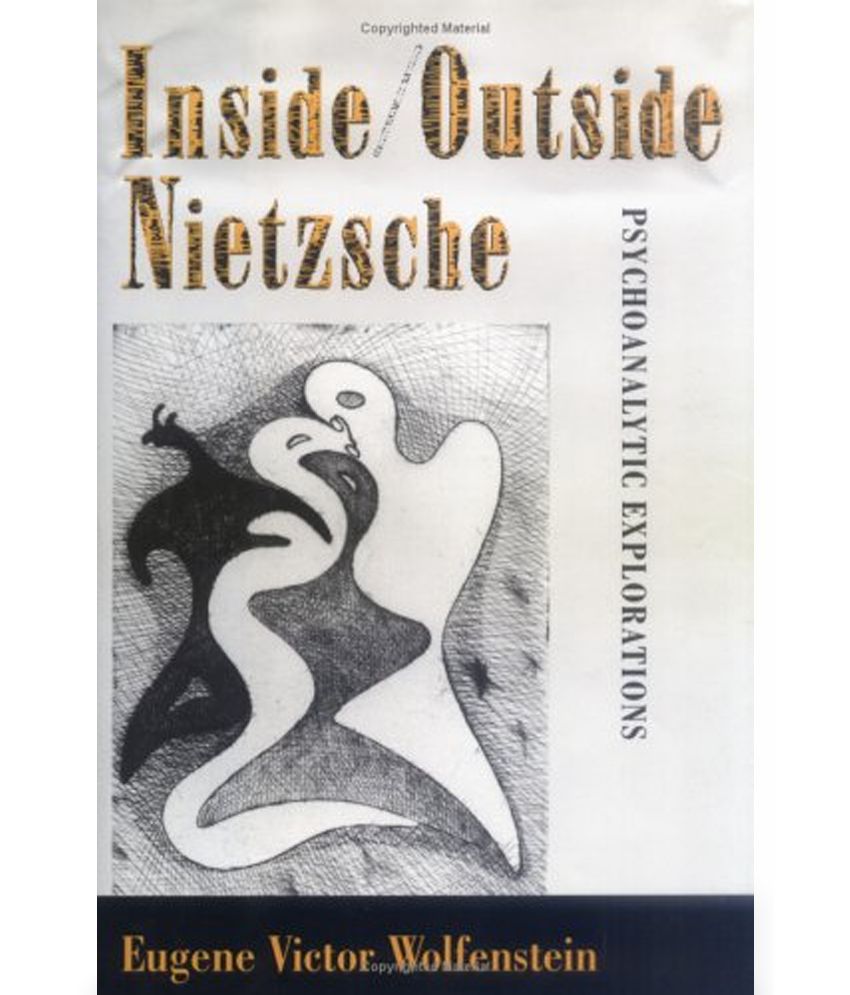 Friedrich Nietzsche is both subject and interlocutor in this innovative study. The book mirrors the psychoanalytic situation, mediating between the philosophical world that Nietzsche created for himself and the external world challenged by his...

Friedrich Nietzsche is both subject and interlocutor in this innovative study. The book mirrors the psychoanalytic situation, mediating between the philosophical world that Nietzsche created for himself and the external world challenged by his philosophy.Eugene Victor Wolfenstein, a distinguished social theorist and practicing psychoanalyst, focuses on the opposition between the principles of psychoanalytic theory and Nietzsche's concepts of the will to power and perspectivism. Through critical engagement with these Nietzschean concepts, Wolfenstein brings them into the purview of psychoanalytic theory and practice.Using this revised version of psychoanalytic theory, Wolfenstein then conducts a psychobiography of Nietzsche's life. He contends that Nietzsche philosophized from within a transitional space between the maternal and paternal extremes of the male imaginary, a space in which gender identity is notably unstable, and sublimity consorts with the most abject misery. This psychic location is the impetus for Nietzsche's conceptions of eternal return and the feminine.Finally, Wolfenstein explores Nietzsche's genealogy of morals from a psychoanalytic perspective and in the light of Nietzsche's psychobiography. He concludes that Nietzsche's revaluation of values leaves us painfully short on both love and compassion. The whole book is also framed by a critical engagement with Michel Foucault's problematics of power/knowledge.

1. "This is a great book. In relatively short space it manages to enact a dialogue among the proponents of Nietzsche and Foucault, psychoanalytic theory and practice, and Hegelian critical theory, in which all three of these vibrant voices take turns at center stage. Its remarkable breadth, moreover, is more than matched by its depth." Isaac Balbus, University of Illinois at Chicago. Political Psychology, Fall 2001"

2. "If there is one word that describes Wolfenstein's book, it is ambitious. This work ranges across psychoanalysis, critical theory, political philosophy, and inevitably ethics. . . " Caroline Joan (Kay) Picart. Hypatia, December 2001"

3. "Nietzsche's psyche, ever a fascinating subject for his readrs is the centerpiece of Wlfenstein's investigation. . . Wlfenstein's analysis is a good read, and a worthy indulgence, for those of us who cannot resist peering into the chthonic depth of Nietzsche's psychobiography." S.L.H. Ethics, April 2002"