Return form will be sent to your email Id:
Want this item in next 24 hours?
Get an instant SMS with a link to download the Snapdeal App
+91
Please Enter a Valid 10 Digit Number.
Yes, Send Me A Link To The App
GET SMS
SDL238854427
{"SDL238854427":null}
Home
217, 129, 3467, ,
/
Home Decoratives
/
Religion & Spirituality
/
Pooja Accessories
/
Jewel99 Yantra Copper
Compare Products
Clear All
Let's Compare!
Selection Error!
You have reached the maximum number of selection. You can select only upto 4 items to compare.
You have already selected this product.
OK
View Order 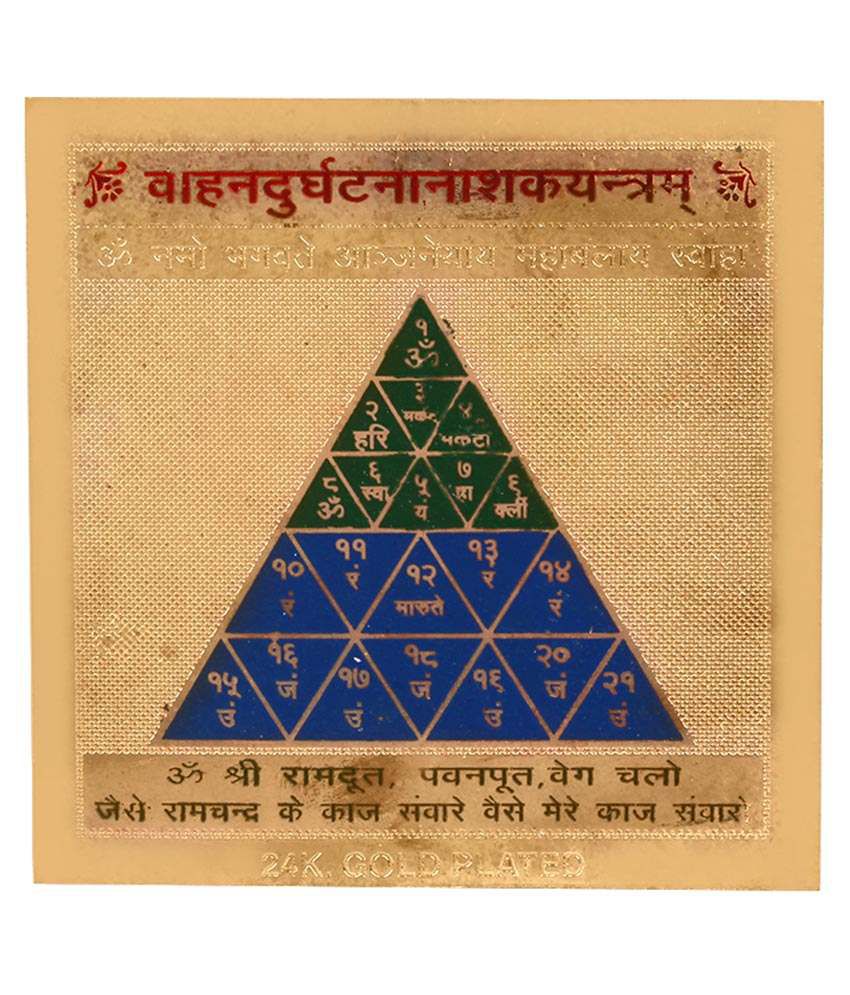 Yantra are one of the most auspicious, important and devine object, which not only gives the maximum benefit, but also proves beneficial for almost everybody. It is the source of attaining all worldly desires & fulfilling all wishes through inner cosmic power & mental strength. Shree meaning wealth and yantra meaning "instrument" - the instrument for wealth. Yantra brings about material and spiritual wealth. Yantra has that unexplained power to fulfill all our wishes and change our life for the better. any person using shree (shri) yantra achieves much greater affluence, peace and harmony. yantra helps in breaking all the obstacles in our life. It helps us push indefinitely and easily the limits of growth - both spiritually and materialistically. Yantra blesses the worshiper with peace, happiness, popularity, power, authority, wealth, prosperity & success. this ancient yantra has been used since centuries by kings, political leaders & men in authority for attaining fame, power & financial success, and is of utmost importance to men in 'kalyuga', since it can help them achieve all they desire in life. yantra is the source of supreme energy and energy is nothing but another form of element in the shape of waves and rays. Yantra is highly sensitive and has magnificent magnetic powers. Yantra is said to be a divine store- house of energy which pick up particular cosmic ray wave emitted by the planets and other universal objects and transform them into constructive vibrations. These are then transmitted to the surroundings where the shree yantra is placed, thus destroying all destructive forces within the vicinity. Yantra is credited with supreme hidden powers which can be noticed within a short span. The yantra would be blessed and energized. Design: made in pure copper with gold plating.