Return form will be sent to your email Id:
Want this item in next 24 hours?
Get an instant SMS with a link to download the Snapdeal App
+91
Please Enter a Valid 10 Digit Number.
Yes, Send Me A Link To The App
GET SMS
SDL735903696
{"SDL735903696":null}
Home
364, 4362, 4497, ,
/
Books
/
Non Fiction Books
/
History & Politics Books
/
Journeys on the Silk Road Through Ages—Romance, Legend, Reality
Compare Products
Clear All
Let's Compare!
Selection Error!
You have reached the maximum number of selection. You can select only upto 4 items to compare.
You have already selected this product.
OK
View Order 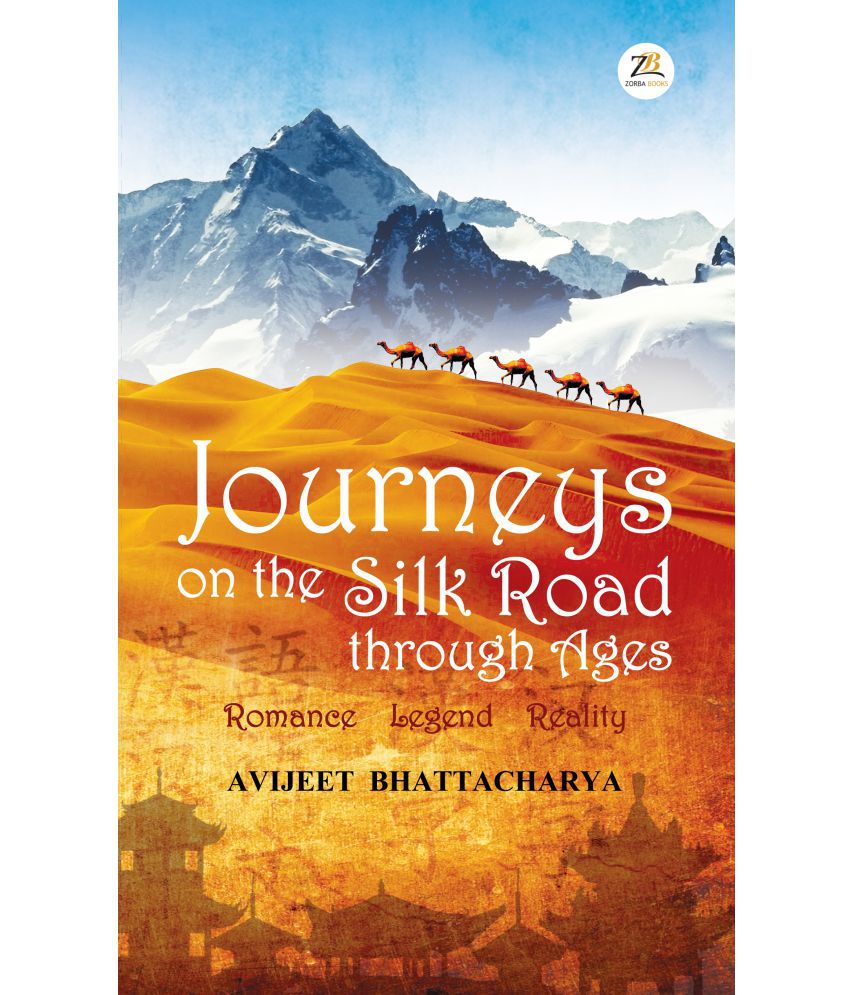 Journeys on the Silk Road Through Ages—Romance, Legend, Reality

Journeys on the Silk Road Through Ages—Romance, Legend, Reality is a compelling narrative about the legendary Silk Road, down the ages. It takes us back to the nearly forgotten times when the dusty, long road was discovered by herders and nomads in search of pastures and oases. It was a long trek into the unknown. This gradually turned into the fabled ‘Silk Road’ spanning from China and across Central Asia, with its numerous trade routes, staging posts, caravanserais on the one hand, and the rugged landscape through steppes, across mountains, deserts and nations on the other. The Silk Road stood out like a great artery, that sustained for centuries. The Road with its routes conveyed not only commerce but also ideas and philosophy of the far-east China to the far-flung Roman Empire in the west, drawing from and contributing to other regions and countries that fell along the way – Turkestan, Afghanistan, India, Persia, Mesopotamia, Palestine, Phoenicia and Anatolia, thus, linking the ancient and the medieval worlds. It was an enterprise of gigantic proportions; the great highway witnessed trade in almost all products, with silk, precious stones, porcelain, metals, and horses as chief commodities. Of these, silk was the foremost merchandise that merchants transported on camel caravans and upon mules from the Land of Serica. Slaves too were traded. Monks and warriors also walked along the trodden path. Merchants exchanged goods which made trade possible bringing in a flow of wealth, while monks and warriors exchanged philosophy, ideas, and statecraft, despite conflicts and wars. The narrative travels back to the times when the road started making history by joining imperial Xi’an with imperial Rome – a distance of more than 8,000kms – during the period of China’s Han Dynasty, sometime around 200 BC. This strangely endured till the present days of Communist China and OBOR, deliberating the Chinese Puzzle.

Journeys on the Silk Road Through Ages—Romance, Legend, Reality