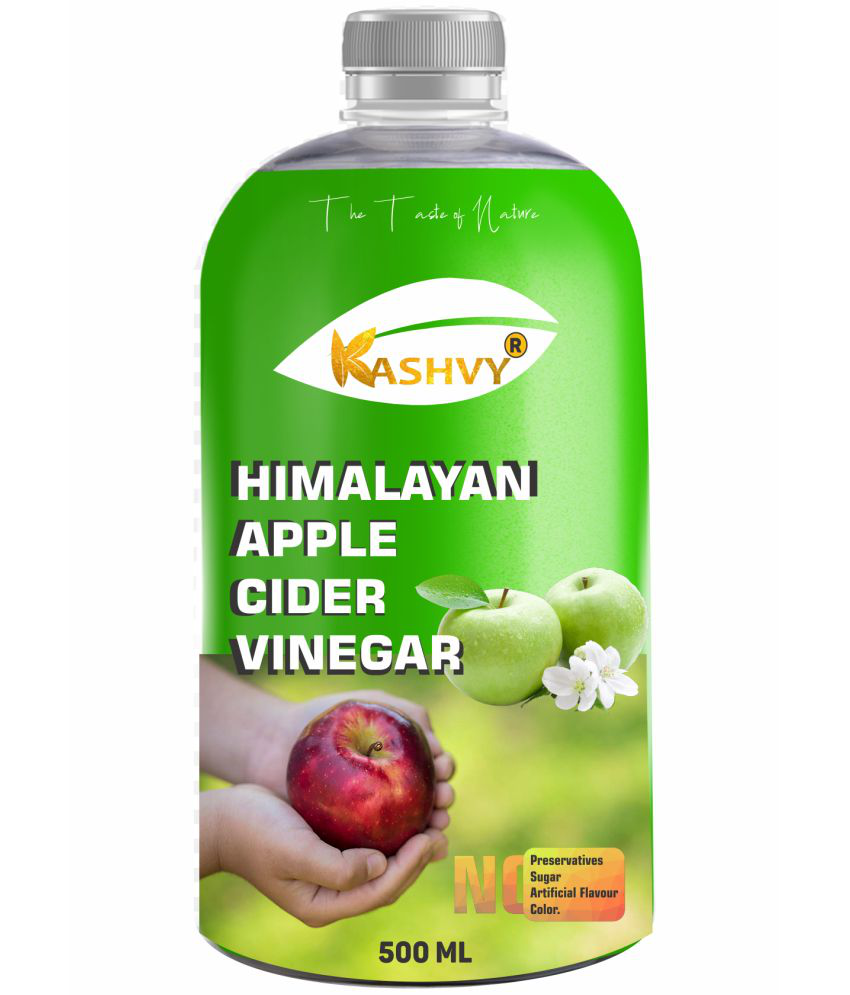 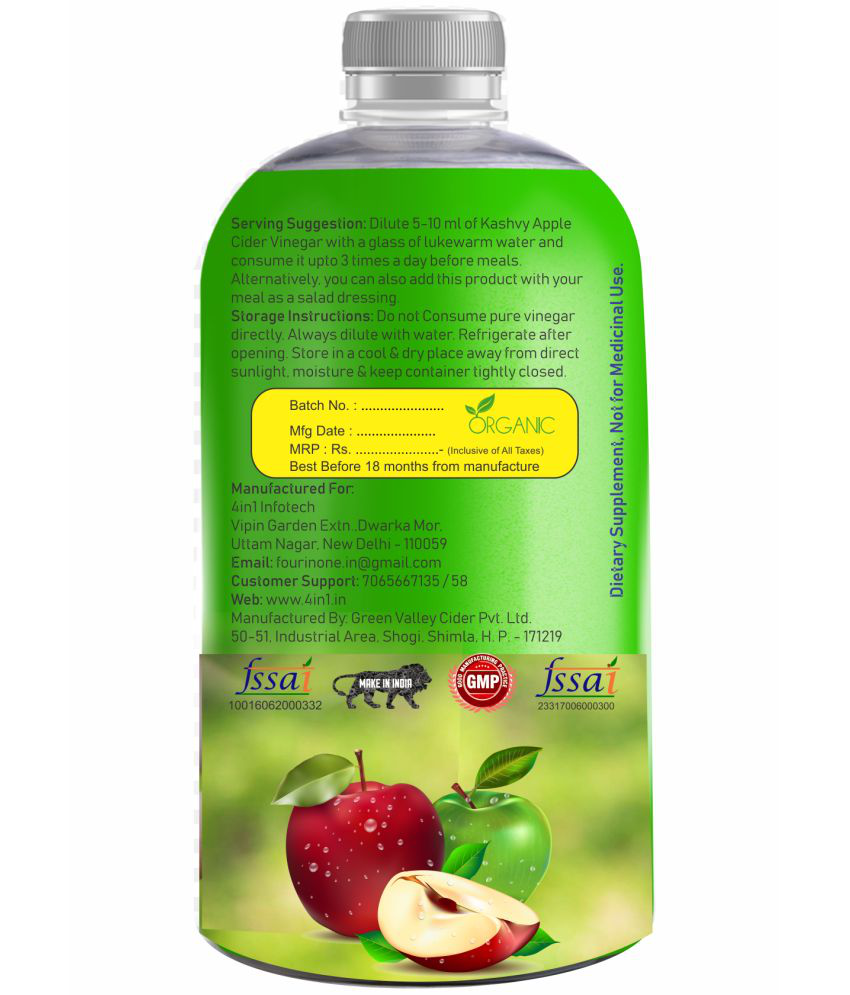 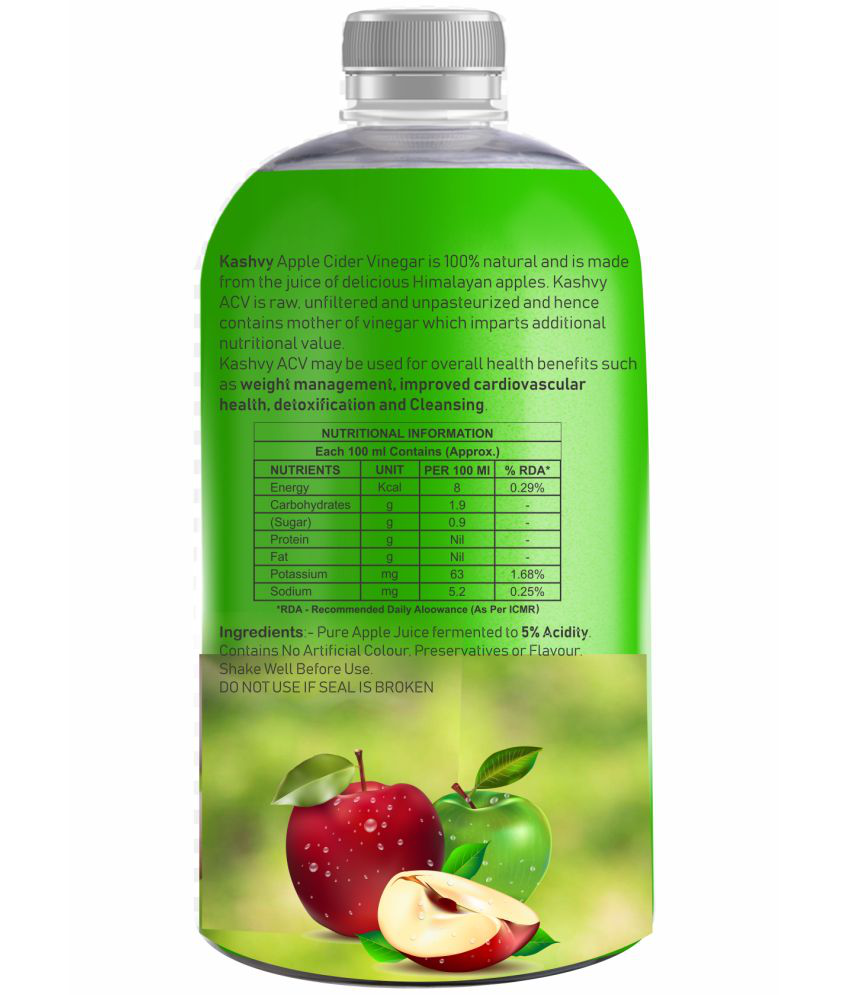 Kashvy® Organic, Unfiltered apple cider vinegar also contains a substance called mother, which consists of strands of proteins, enzymes, and friendly bacteria that give the product a murky appearance. Kashvy® Himalayan Apple Cider Vinegar also contains some amino acids and antioxidants. The best way to incorporate Kashvy® Himalayan apple cider vinegar into your diet is to use it in cooking. It’s a simple addition to foods like salad dressings and homemade mayonnaise.Or 15–30 ml dilute it in water and drink it every morning with an empty stomach as a beverage.